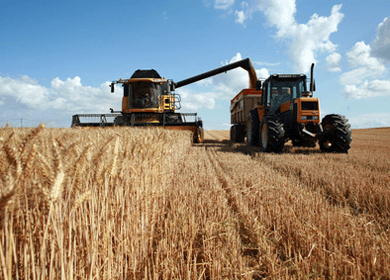 According to Dr. William Davis, author of “Wheat Belly” and a practicing cardiologist, wheat is a “perfect, chronic poison”. Lets look at the facts… 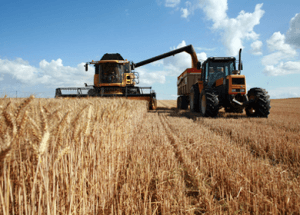 Back in the 60s and 70s there was a ‘revolution’ in wheat. The revolution occurred when wheat was reinvented. This new brand, dwarf wheat, is considerably more prolific, i.e., the same amount of land produces much higher yields. The concept was it would reduce world hunger and starvation – and of course, make more money for farmers at the same time. One major change in this new wheat was the introduction of a new protein, gliadin.

One of the main problems with the ‘new wheat’ is the human body is very unhappy with gliadin. We still have the issue of gluten, which is natural wheat protein, and many people are gluten sensitive (some estimates are as high as 30-40% of the US population). Dr. Davis’ point, however, is that independent of gluten sensitivity, wheat is simply bad for all of us due to this new gliadin protein. This is a pretty shocking if we consider the prevalence of wheat in the American diet.

We have spoken about the advantages of low-glycemic-index foods in other articles. White (wheat) bread actually has a higher glycemic index than sugar. Eating wheat-based products spikes our blood sugar. Spiking blood sugar levels cause all sorts of health problems, including obesity, diabetes, and increased risk of heart disease to name just a few.

Dr. David had a theory that wheat was a big problem so he started having his patients stop eating wheat completely. As a result, he noticed that patients were losing weight effortlessly. 30, 40, 80 and even 100 pounds.

So if you want one of the quickest ways to reduce belly fat, cut out all sources of wheat.  Other health problems that Dr. Davis observed were disappearing from his patients when they cut out wheat included acid reflux, irritable bowel syndrome, migraines, arthritis and joint pain, sinus congestion and chronic sinus infections. Many reported asthma symptoms disappearing – to the point they threw away their inhalers.

You may wonder why this didn’t seem to affect our grandparents who seem to have grown up on wheat. It goes back to the new wheat invented back in the 60s and 70s. So this whole problem is relatively new. Virtually all commercial wheat is now modeled after this new wheat and has a high occurrence of gliadin. (The old wheat simply doesn’t produce the yields that farmers ‘need’.)

And what advice does Dr. Davis provide to his patients, and really all of us? Cut wheat out of your diet completely. It is literally killing us.