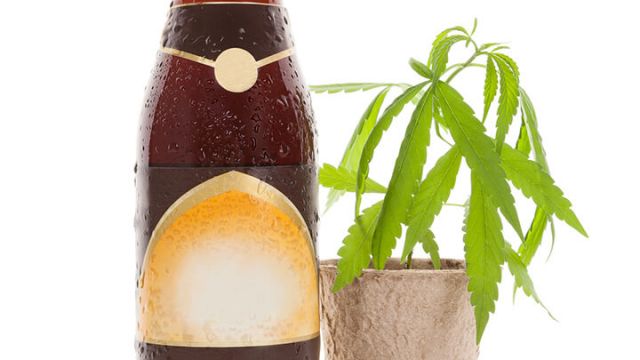 It’s a scorching day in Denver. You’re at the annual Great American Beer Festival, about to end the parched torment of your mouth with a cool, refreshing first sip of craft beer. It touches your lips and you pull back… what the heck? It tastes like weed! Is this just a particularly skunky brew, or did you just get a taste of a bold new fusion between beer and cannabis?

Chances are, it’s the second option. Last year at the Great American Beer Festival in Denver, Colorado, Dad & Dude’s Breweria took a bold new step into the unknown when they unveiled their new cannabis-infused beer to the masses. By all accounts, the beer is quite tasty indeed, offering up many of the characteristics of a traditional IPA but with a considerably sweeter finish.

You might be reading this and wondering if the world has gone completely mad. How can they legally infuse one drug with another? Well, the trick is in the fact that it’s not actually the kind of cannabis that has you getting high or ravenously seeking out the nearest stash of salty snacks.

Dad & Dude’s, like a number of other breweries around the globe who are trying their hand at this zany new concoction, use hemp extracts which have been stripped of THC. Less popularly known as tetrahydrocannabinol, THC is the psychoactive ingredient of cannabis which creates that “stoned” effect after a long drag on a spliff, bong or any other pot smoker’s tool of trade.

The result is a beer which contains much of the sweet, herbaceous taste of hemp but without the complications of the psychoactive components found in marijuana. Despite this, the legal standpoint of the combination is still a little shady, and its history has been anything but smooth. The first commercially produced beer infused with hemp oil extract was produced in 1996 in Berlin, Germany. Failing to gain a foothold in the competitive beer industry, it wasn’t until 2001 with the release of Weissenohe Brewery’s “Cannabis Club Suds” that people started to warm up to the idea.

Eventually, the hemp beer fever spread. By 2005, breweries in the Czech Republic began to produce their own cannabis and beer combinations, with the beer becoming an instant hit. Since then, cannabis beer has proliferated throughout the continent, particularly in Central European supermarkets and liquor stores.

In the U.S., however, things got off to a slightly slower start. In 2005, Lagunitas Brewing Company had its brewing license suspended after police made marijuana arrests at the brewery. Meanwhile, Oskar Blues released “Pinner,” an IPA which suggestively contains small amounts of marijuana… this time with the THC intact. Later, Michigan’s Dark Horse Brewing Co. was forced to change the name of its beer from “Smells Like Weed IPA” to “Smells Like a Safety Meeting.” Clearly, the ever-changing legal framework governing cannabis-infused beer reflects the dynamics and confusion surrounding the legalization of cannabis in the U.S. in general.

Is it safe to mix cannabis and alcohol? 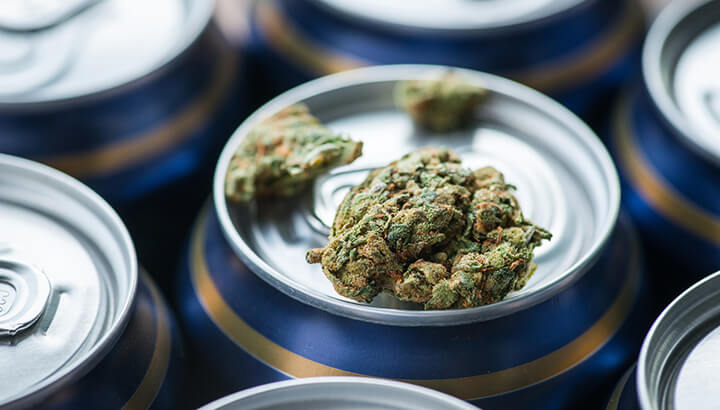 Surprisingly, mixing cannabis and alcohol is common practice, intended to provide an amplified experience by combining two consciousness-altering drugs. Ultimately, the answer to the question of whether it is safe to mix cannabis and alcohol (including beer!) is no. When people smoke or ingest cannabis at the same time as they’re consuming alcohol, they can experience a wide range of unpredictable effects, including nausea, vomiting, panic attacks, anxiety or paranoia. Those who are mentally unstable, suffer from anxiety or depression, or who are prone to rapid mood swings are particularly at risk of mixing these two drugs.

After recognizing the potentially dangerous effects that cannabis adds to alcohol, it’s perhaps not surprising to learn that cannabis-infused beer has received a mixed response both in Europe and the U.S. But while some breweries are walking a dangerous line by adding THC-rich strains of cannabis to their beer, most only add hemp oils, which don’t contain the mind-altering THC compounds. 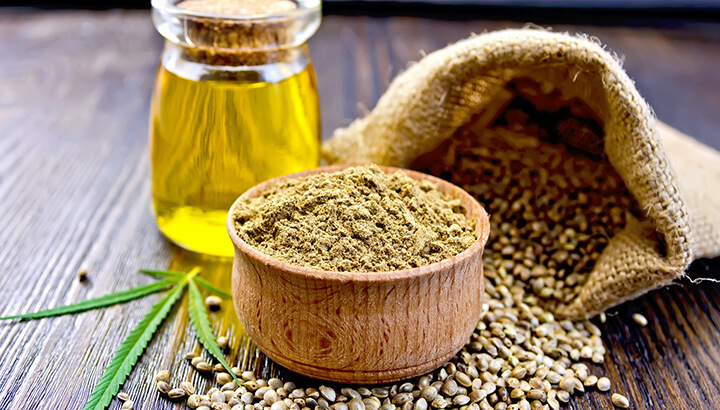 Despite the fact that hemp contains almost no THC, and therefore cannot be considered a drug, it’s taxonomic similarity to marijuana has ensured a troubled history for this versatile crop. Up until the late 1800s, hemp was valued throughout the United States for its versatility and ease of cultivation. George Washington himself was said to be a huge fan of the stuff, growing his fair share of hemp and stating “make the most of hemp, grow it everywhere.”

But as hemp production continued to grow, competing industries decided to take action before they themselves were left in the dust. In particular, the paper and timber industries worked hard to demonize and undermine the good standing of hemp, employing their control of the newspapers to turn public opinion against the crop. By the early 1900s, hemp had essentially been outlawed in the U.S., despite many people questioning the new laws which had come into effect.

It’s not until recent years and countless studies later that hemp production has started to regain its foothold in America. The overwhelming evidence in favor of hemp has made it almost impossible for the United States Department of Agriculture to continue their anti-hemp stance, however, the legalization of this crop throughout the country has been haphazard to say the least.

Hemp is one of the most nutritionally dense plants on the planet. The seeds and oils from hemp provide a rich source of omega-3 fatty acids, helping to balance out the Western diet’s prevalence of inflammatory omega-6 fatty acids. They’re also a great source of protein, and due to their high concentration of amino acids, they are considered to be one of the best and most complete sources of protein that a human can eat.

Hemp oil and hemp seeds have been well-studied. Their health benefits include:

As if all these benefits weren’t enough, hemp can be used for a vast range of other applications. The fiber from this plant can be used to produce environmentally-friendly paper, biodegradable plastics, fibers for clothing and textiles, and even clean-burning fuel. Added to this the fact that hemp grows quickly, doesn’t deplete the soil of nutrients, and can be cultivated in a range of environments, and you start to see why our friend George Washington was so crazy about the stuff.

And this, in my opinion, provides the answer to the question of this article: is mixing hemp and beer good or bad? After reading the above, how could it not be a good thing? Hemp provides such an amazing range of health benefits, all of which will be imparted into the beer. Plus, it sounds as if it makes the beer taste great as well. That’s a win-win if you ask me!

If you’re still not convinced that hemp is the most amazing thing ever, you should probably take a good long look at this article. Prepare to be amazed!