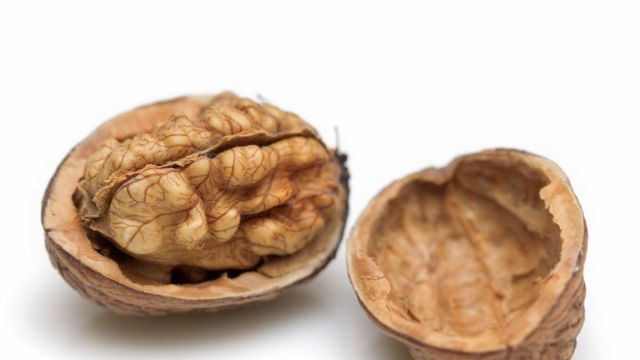 It’s hard to think of a snack that is more healthy, filling and delicious than a handful of raw walnuts – either on its own, topping some Greek yogurt and honey, or tossed into a yummy salad. While all nuts have been found to have important health benefits, walnuts may stand out as a superstar when it comes to relieving stress.

Relieving stress is important not just because stressful situations are frustrating, but also because chronic, unmanaged stress has been linked to a wide array of illnesses, especially those with inflammation at their core. Stress has also been shown to dampen immune system response, thereby increasing your chance of catching whatever seasonal bug is floating around.

A small study performed by researchers at Penn State University set out to test the effects of walnuts on stress responses. On the research, study leader Sheila G. West stated, “people who show an exaggerated biological response to stress are at higher risk of heart disease. We wanted to find out if omega 3-fatty acids from plant sources would blunt cardiovascular responses to stress.”

For their study, the researchers recruited 22 adults who were in good health, but displayed high levels of LDL “bad” cholesterol. For six weeks each, the participants were placed on one of three diets. The first was the typical American diet, which did not include nuts. The second included a serving of walnuts (about 9 nuts) and a tablespoon of walnut oil, and the third diet included walnuts, walnut oil, and a tablespoon and a half of flaxseed oil.

After spending some time sticking to each diet, each participant was asked to perform two stress tests. One included one of the participants’ feet being immersed in ice-cold water. The other consisted of having two minutes to prepare and present a three-minute speech, which was videotaped. Blood pressure readings were taken throughout the stress tests.

Another way in which walnuts may help to reduce stress, besides their omega-3 fatty acid content, is the presence of tryptophan, an amino acid which helps the body to produce the “feel-good” hormone, serotonin. Walnuts also contain high amounts of fiber, and a wealth of vitamins and minerals, which help to balance blood sugar, further helping to keep your mood stable.

When choosing walnuts, always go for organic and raw for maximum health. To amplify their benefits even further, try soaking them for about four hours before eating. If you want them crunchier, simply dry them in a dehydrator before eating them.

As far as the walnut oil, if you can get a pure, quality product from a trusted source, go for it. However, as many oils are so highly processed, you may wish to just munch some yummy walnuts instead.