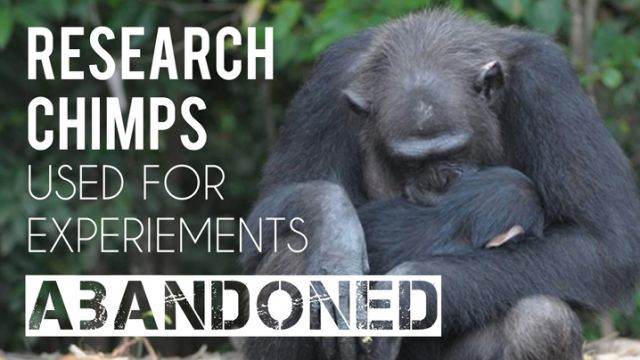 Each year, more than 100 million animals are killed in U.S. labs — including chimps — for the purpose of biology lessons, medical training, curiosity-driven experimentation, and chemical, drug, food and cosmetics testing. But what happens when those who survive the torture retire from service? They’re abandoned and left to starve. 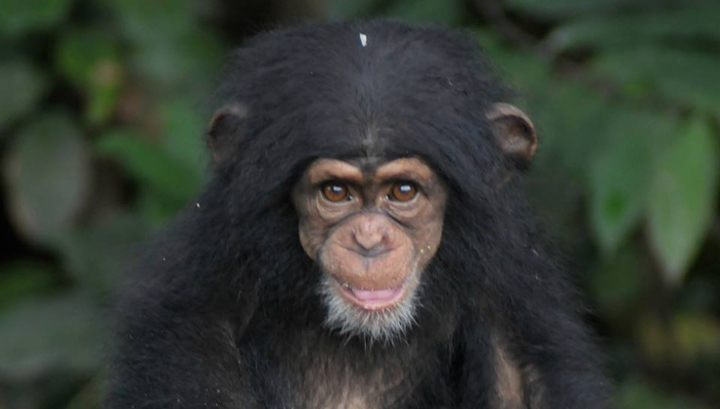 Chimp’s parents try to help him break out of lab

Jeep, a chimp born at the New York Blood Center’s Liberian Laboratory (NYBC) was no stranger to experimentation. Anesthetized before his first birthday, Jeep was used for virus research. As an infant, Jeep stayed with his mom, Cherokee, but quickly bonded with both his mother and father according to Save The Abandoned Chimps.

Infected with a number of diseases, Jeep and his family continually nursed open wounds, making their natural bond even stronger. So, it’s no surprise that this tight-knit brood helped each other escape from the lab several times. Unfortunately, Jeep’s escape only lasted a few hours before he and his parents were tranquilized and returned to their small cages.

Ten years ago, the NYBC decided to discontinue chimp research at the Vilab II facilities near Monrovia, Liberia according to CNN. It continued to pay for upkeep of the primates, which were set free to roam on several nearby islands. Jeep’s home is simply called Island 3. He still lives with his mother, but sadly, his father passed away.

In 2015 the NYBC abandoned the retired research chimps altogether. This meant the chimps would surely die of starvation, since they relied on humans for their care. The Humane Society of the United States claims the NYBC is trying to wipe its hands of any responsibility for this abandoned colony of chimpanzees that they created and used for their own profit.

The Liberian government and the animal welfare community cannot take on the financial burden of caring for these creatures, says the Human Society, and they shouldn’t have to. 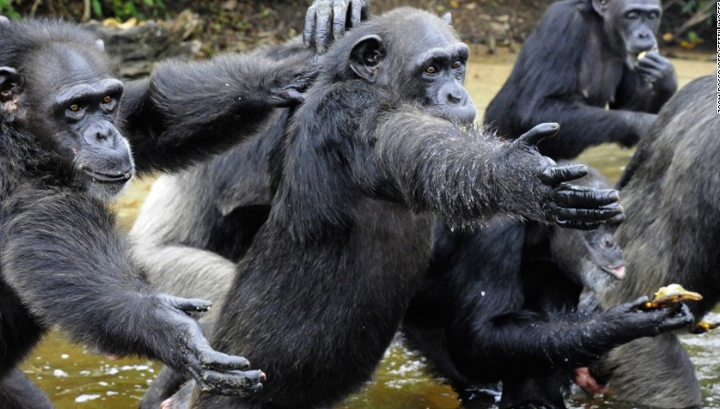 The NYBC reportedly makes hundreds of millions of dollars in revenue every year and is fully capable of supporting these chimpanzees. So, It’s time for the NYBC to use some of that revenue and do what’s ethically and morally right for the chimpanzees that gave their lives for the betterment of humanity.