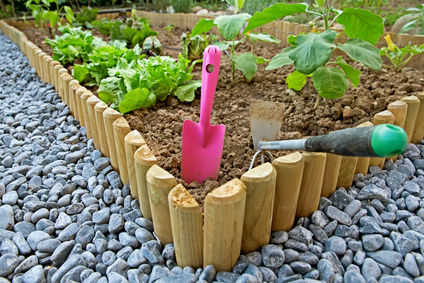 With the abundance of negative news in and about the United States nowadays, it is refreshing to hear about individuals who encompass the true American spirit of standing up for what they believe in and refusing to bow to unjust ordinances.

Jason and Jennifer Helvenston set an encouraging example for all Americans when they refused to get rid of their front yard vegetable garden despite over a year of pressure from Orlando city officials.

Throughout 2012 and early 2013, the Florida couple fought against pressure to get rid of their 25 by 25 foot micro-irrigated garden, even though they were threatened with fines of 500 dollars per day, had to attend numerous hearings, and were harassed by city workers. The City of Orlando demanded that they replace their front yard garden with regulation grass, although there were no concrete laws in place to back up these demands.

Sadly, what the Helvenstons faced is not an isolated incident. Just over 200 miles south, in Miami, Hermine Ricketts and Tom Carroll were ordered to destroy their garden, which they had been tending for 17 years, or pay 1,500 dollars per month in fines.

As Miami Shores would not leave the couple and their garden in peace, they complied and did away with the garden that had supplied them with 80 percent of their food for over a decade.

Jason and Jennifer Helvenston decided to fight back, and created an online campaign called “Plant a Seed, Change the Law.” As part of the campaign, Jason Helvenston made a firm statement: “They will take our house before they take our Patriot Garden.”

After a significant struggle, the City of Orlando is beginning to change some of its ordinances, and allowing 60 percent of front yards to be used for gardens. There are several stipulations, however, such as requirements that the garden must be three feet away from a property line, must be screened, fenced or shrubbed in, and not in the public right-of-way. The final vote on city-wide garden laws takes place on December 9th.

While the Helvenstons are glad about these changes, they are not happy about all the “strings attached” that go along with them. They firmly believe that people should be able to grow their own food on their own property in peace. Jennifer Helvenston stated, “Our garden is not only our food source, but our way of life.” The couple is currently working towards creating new community gardens in Orlando.

As for Hermine Rickets and Tom Carroll, they are currently filing a lawsuit against Miami Shores for the forced destruction of their garden. Florida’s climate allows for optimal growing conditions for much of the year, and therefore the state is a prime place for homeowners, and communities, to grow their own food.

Kudos to the Helvenstons, and everyone working for the basic right to grow their own food on their own property; a truly natural way of life.