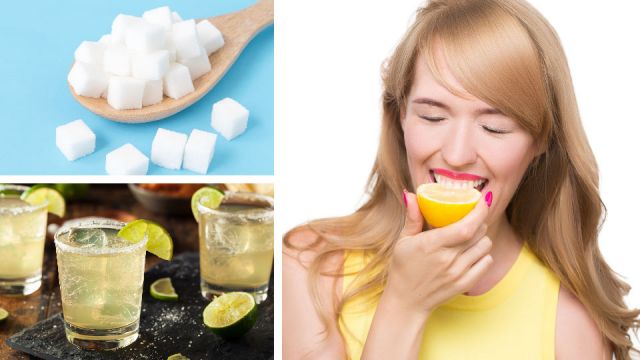 Are you unwittingly sabotaging your sense of taste? You may be surprised to learn that certain lifestyle factors, as well as foods and drinks, may be ruining your taste buds. So, if you see yourself as a consummate foodie, who loves to cook and enjoy mouthwatering meals then you’ll want to protect your perfect little taste buds — here’s how.

1. Being overweight dulls your taste buds

The idea of being overweight and having a dull sense of taste may seem contrary, yet, science now tells us that weight gain might actually ruin your taste buds. Thus, dulling your sensitivity to the taste of the foods. But science really isn’t clear as to why this phenomenon occurs. However, the effect can be reversed with weight loss.

A study published in the journal PLOS Biology from Cornell University found that inflammation, driven by obesity, actually reduces the number of taste buds on the tongues of mice. Each taste bud has 50 to 100 cells of three major types. And each plays a different role in sensing the five primary tastes — salt, sweet, bitter, sour and umami. However, taste bud cells have a quick turnover, with the average lifespan being just ten days. After that, a new generation of cells grow. But scientists found that in obese mice the number of cells on the tongue’s taste buds declined.

Not only does cigarette smoke yellow your nails and teeth, but it also kills your taste buds. The reason: toxic chemicals in cigarettes interact with your tongue causing taste buds to lose their shape and become flatter, suggests Medical Daily. The process is known as vascularization. But that’s not all. A study from the Institute of Epidemiology and Social Medicine in Germany found that cigarette smoke compromises both sense of taste and sense of smell. Of course, the same cannot be said about cannabis use, since smoking marijuana actually heightens your sense of smell and taste.

3. You may have a smell disorder

Unfortunately, problems with the sense of smell also increase with age, typically affecting more men than women. Conditions that affect the nervous system, such as Parkinson’s disease or Alzheimer’s disease may be a culprit. But a disorder may also be the result of growth in the nasal cavities or a head injury, among other things, suggests the National Institute on Deafness and Other Communication Disorders (NIDCD). If you think your sense of smell is compromised, see your doctor. You’ll likely be referred to an otolaryngologist, a doctor who specializes in diseases of the ear, nose, throat, head and neck.

4. Too much sugar in your diet

If you routinely overindulge in sugary foods and drinks, experts suggest that too much sugar will prevent your taste buds from distinguishing full flavors. Additionally, too much sugar actually lessens your enjoyment of eating it, but still makes you crave more. So, even beyond your taste buds, there are so many more reasons why you should try to kick your sugar habit, including obesity and diabetes.

If you normally clean your home with harsh chemical cleaners then you may be ruining your taste buds. In fact, some household cleaners are among the most toxic products you can find. Strong household cleaners like bleach can affect the delicate lining and sensory cells in the nose, especially when cleaning small, unventilated areas. A 20-year longitudinal study from the University of Bergen in Norway has found that using cleaning products can be as harmful as smoking 20 cigarettes a day. And we know how cigarettes affect taste buds.

But whether your sense of smell returns after continually being exposed to harsh chemicals depends on how long there’s been a problem and how badly the cells are affected. Unfortunately, it can be permanent. If you think that your taste is off due to overexposure of cleaning products in your home then it’s time to switch to healthier cleaning solutions.

6. You’re drinking too much alcohol

Pairing great wine with a gourmet meal is par for the course in many households. Yet, overdoing it on alcohols, whether beer, hard liquor or fine wine, can damage a person’s sense of taste. And that spells trouble for foodies. Alcohol can damage the mucous membranes and numb the taste buds.

A study published in the journal BMJ looked at more than 3,500 men and women. Researchers found that many heavy drinkers had an impaired sense of taste. But not smell. And here’s where things get interesting for foodies: If you have a super sensitive palate, there’s a good chance you’re less likely to indulge in alcohol, anyway, suggests research.

A study from the University of Connecticut found that the extent to which people can detect bitter tastes in food and drinks appears to influence how much alcohol they actually drink. The study showed how so-called “supertasters” who were most sensitive to bitterness drank less on average. On the other end of the scale, those who couldn’t detect bitter tastes drank much more.

A dull sense of taste can certainly take away the pleasure of eating. So, stop robbing yourself of fabulous flavors by ruining your taste buds. A few lifestyle changes can guarantee you’ll soon be enjoying every last bite!