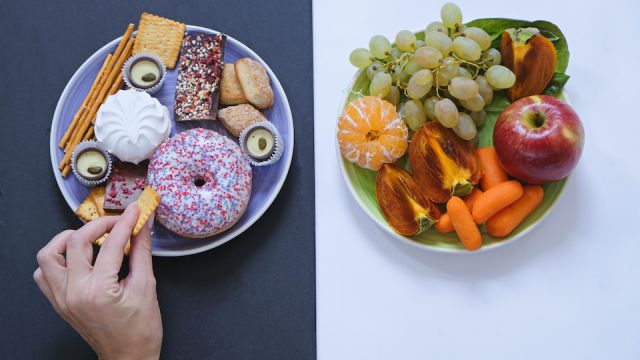 Your immune system works hard to kill bacteria and block viruses from invading your cells. As COVID-19 continues to spread across the country, having a strong immune system is more important than ever. But to have a fighting chance, you’ll need to up your game. That means checking yourself and not doing the things that are unintentionally harming your health. Here’s what you might be doing wrong when it comes to protecting your natural immunity.

Ok, so you may be showering regularly, but is that really enough? These days, it may not be. Even though coronavirus still poses a real threat (with 1,837,803 confirmed cases in the U.S. to date), many people have forgone social distancing. Practicing proper hygiene means not spreading germs or even allowing them to enter your body. To improve natural immunity, Harvard Health suggests:

Not getting enough sleep

It’s not just about feeling tired throughout the day. Not getting enough sleep wreaks havoc on your immunity. Sleep and the circadian rhythm are strong regulators for the immune system according to research. Apart from making you more susceptible to viruses or germs, lacking proper sleep also promotes inflammation and prevents you from getting better faster. That’s because during rest, your body releases specific proteins called cytokines that help the immune system.

Food poisoning is generally not life-threatening, according to Harvard Health. However, that doesn’t mean it can’t lead to serious medical conditions, such as meningitis or kidney failure. Practicing food safety helps prevent food poisoning, and that means keeping immunity in optimal health.

Not managing your stress

Since the beginning of time, human’s ability to respond to environmental threats or stressors has enhanced survival. Today, humans rarely encounter the same stressors that commonly evoked fight-or-flight responses in their ancestors. But that doesn’t mean modern-day stress, when left unmanaged, doesn’t hurt you physically. Studies suggest that stress can weaken immunity in as little as 30 minutes. Constant stress is even worse, making it harder to fend off colds, flu, and other viruses.

Studies show that vitamin D deficiency increases your susceptibility to infection and viruses. Eggs, fatty fish, and sunlight are key sources of vitamin D. In fact, in the summer, simply getting five to 15 minutes of rays — two to three times per week — is usually enough. In the winter, however, you might need to supplement it.

Not eating your fruits and veggies

In today’s fast-food paced world, it’s a struggle to get enough fruits and veggies. However, by leaving them out of your diet, you’re unwittingly harming your immunity. Plant-based foods contain vital nutrients and plant chemicals, all of which can protect you from cancer, diabetes, and heart disease. A study published in the American Journal of Clinical Nutrition found that increasing fruits and vegetables improved vaccination antibody response and immune function in older people.

Smoking too much weed

With the legalization of marijuana in so many states, it’s no wonder that the popularity of smoking weed has increased. The problem is, habitually smoking marijuana inflames the lungs, which results in the same breathing problems you experience from smoking nicotine cigarettes. Smoking marijuana is linked to inflammation in airways, and increased breathing resistance, reports the National Institute of Drug Abuse. In fact, those who smoke weed regularly found they experienced symptoms of chronic bronchitis more often. And that means a higher chance of lung infections, and a harder time recovering from viruses like COVID-19.

A study from the University of Birmingham found that vaping is far more harmful than previously thought and may damage vital immune system cells. Researchers found that vaping disabled critical immune cells in the lungs and boosted inflammation.

Too much sugar in your diet

Consuming too much sugar — no matter how you get it — from sodas to candy, slows the response of immune system cells that should be attacking bacteria. The effect lasts a few hours after consuming sugar.

With the keto diet all the rage, many are jumping on the high-fat bandwagon. But what it does to your immunity might make you want to jump off.  Over time, high-fat diets upset the balance of bacteria in the gut, hindering immune response. In fact, according to the Nestle Nutrition Institute, even short-term consumption of the high-fat foods was found to cause profound changes in the gut microbiota and immune system. But even beyond the gut, research suggests that a high-fat diet increases susceptibility to infections like pneumonia.

Too much of a good thing can compromise your immunity. On the other hand, not enough of a good thing like sex can also compromise immunity. Sex boosts protective antibodies that fight against viruses, bacteria, and other germs that cause common illnesses. So, if you were looking for a reason to have more sex — go for it!

Your body is an optimal environment for fungi, bacteria, viruses, and parasites. So, the state of your immune system determines how your body will defend itself against invading pathogens. Making a few changes to your diet and lifestyle could mean a huge improvement in how you feel and heal.