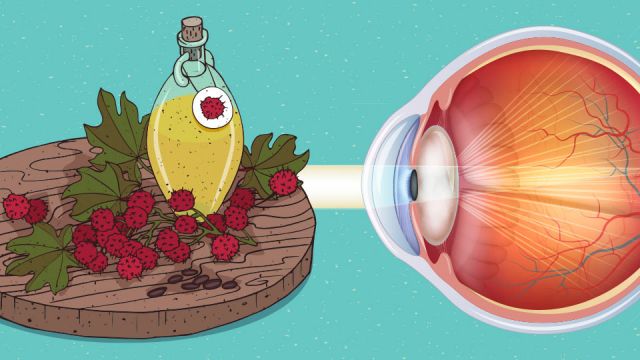 According to Prevent Blindness America, over 17 percent of Americans over the age of 40 suffer from cataracts. That’s over 24 million people who have become partially or completely blind in one or both eyes, and the statistics show that the prevalence of cataracts in the U.S. is very much on the rise.

A cataract is a clouding of the eye’s lens, which is located behind the iris and pupil. The exact mechanisms behind cataracts are not well known, but it’s thought that continued exposure of the eye to the sun’s ultraviolet rays, combined with other adverse lifestyle factors, may contribute to the development of cataracts.

Cataracts can be divided into three subclasses:

Alarmingly, cataracts are rapidly becoming a nationwide epidemic. In 2000, the total number of U.S. people over 40 with cataracts was just 20.48 million. That number jumped a whopping 4.41 million in the intervening ten years and is projected to increase to 30 million Americans by the year 2020. That’s a huge proportion of the population with either partial or complete blindness.

How to know if you have cataracts

Unfortunately, cataracts are often hard to detect at the onset. Initially, cataracts start out as a slight blurring that has little effect on your vision and often goes unnoticed until it begins to spread. As the condition worsens, however, the cataract may cause your vision to change in significant ways, such as causing lights to seem more glary and colors to seem less bright than they used to. Many people equate having cataracts to looking through a cloudy piece of glass or even staring at a milky impressionist painting.

How to treat cataracts, naturally

While the most effective treatment for advanced cataracts is a surgical procedure, people with cataracts in the earlier stages can effectively treat the problem with a common household item… castor oil!

Traditional healers have long recognized the potent medicinal powers of castor oil. Castor oil is loaded with antioxidants and a wide range of nutrients, making it a great natural choice for treating cataracts — which many believe are caused by advanced oxidation of the lens and area behind the lens. This means that by applying specifically-formulated, pure castor oil to the affected eye can help to reverse the development of a cataract and nourish the eye back to health.

Here’s how to use castor oil to treat cataracts:

1. Check the label of your castor oil

First off, make sure you’re using the right kind of castor oil to treat your cataracts. The product you use should be 100 percent pure, organic, cold-pressed, hexane-free and additive-free castor oil. The oil should come in a dark glass bottle, thus ensuring it hasn’t been exposed to any oxidation-causing sunlight. Any imperfections or toxins contained within the castor oil have the potential to make your situation worse, so high quality is the name of the game here!

2. Apply a single drop of castor oil before bed

Next, use a sanitized glass eye dropper to place a single drop of castor oil into the affected eye. The best time to do this is in the evening, just before bed, as closing your eyes for sleep ensures the castor oil remains in contact with the lens for longer and means any temporarily blurred vision from the castor oil doesn’t become an issue.

3. In the morning, gently rinse with warm water

In the morning, you may notice minor encrustations around the corners of your eye. This is a combination of the excess castor oil and calcification of oxidative tissues that have been dissolved by the oil. Give your eyes a gently rinse with warm water, and know that the castor oil is beginning to work its magic!

Continue to use the castor oil cataract treatment for two more nights, provided you haven’t experienced any adverse reaction to the oil over the course of the first night. After the third night, if you haven’t seen any improvement in your eyesight, stop using the castor oil. For some people, this natural remedy may not be effective, due to other confounding factors. If you find yourself in this group, consider consulting a doctor for other treatment options.