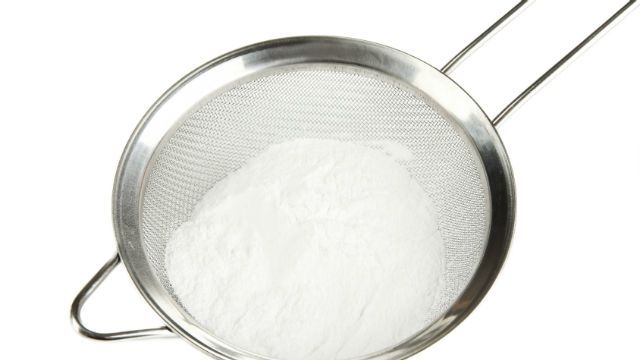 As if there weren’t enough dangerous artificial sweeteners on the market posing as “safe” sugar substitutes, the FDA has just approved a new one: advantame.

Advantame, which does not yet have a brand name, is described as a “high intensity sweetener” 20,000 times sweeter than sugar. Manufacturers claim that it is low-calorie, does not raise blood sugar levels, and is good for baking as it does not break down when exposed to high heats. It has been approved for use in baked goods, beverages, candies, puddings, and jams, to name just a few.

Unfortunately, as with all artificial sweeteners, the risks far outweigh the benefits. These processed chemical sweeteners are not safe alternatives to sugar. Advantame is derived from aspartame, and has a similar chemical structure. As we explored in detail in an earlier article, aspartame is anything but safe, and is actually the most dangerous artificial sweetener on the market.

Just a few of the side effects associated with aspartame are headaches, blurred vision, memory loss, personality changes, seizures, insomnia, skin rashes, muscle and joint pain and blindness. It has also been linked to cancer in several rat studies.

According to the FDA, 37 studies, including both human and animal studies, were reviewed before the decision to put advantame on the market was made. First of all, this is not really that many studies when it comes to a processed substance that people will be consuming in a variety of foods. Secondly, some preliminary research on advantame shows significant cause for concern.

The Center for Science in the Public Interest (CSPI) points to research which linked advantame to early death in mice. The CSPI states, “the number of mice that survived to the end of the study was below FDA’s own scientific recommendations, and is therefore inadequate to provide confidence in the safety of a chemical likely to be consumed by millions of people.”

The Journal of the European Food Safety Authority (EFSA) surveyed a number of studies regarding advantame. A couple of these studies show compromised immune system function in very high doses, as well as gastrointestinal disturbances in the prenatal development of rabbits. Worryingly, despite this information, the EFSA concluded that advantame “would not be of safety concern.”

One of the dangerous substances found in advantame is processed phenylalanine. Phenylalanine is an amino acid which appears in its natural form in meat, milk and bananas. However, as we previously reported, this amino acid can act as a neurotoxin in its isolated, processed form. High levels of phenylalanine have been associated with behavior changes such as ADD, as well as to worsening diabetes symptoms.

For individuals with phenylketonuria (PKU), a genetic disorder, phenylalanine is especially dangerous, and can lead to seizures, brain damage and even death. While PKU is rare, affecting about one in every 10,000 people, some people may not know that they carry this gene, and may experience severe, life threatening reactions to advantame and aspartame (which also contains phenylalanine).

As with all foods, if it’s blatantly labeled artificial, it is best to stay away. There are so many natural, unprocessed sweeteners available (raw honey, organic coconut crystals and raw, unprocessed stevia leaves, to name a few) that these substances are completely unnecessary, and do not belong in your system.