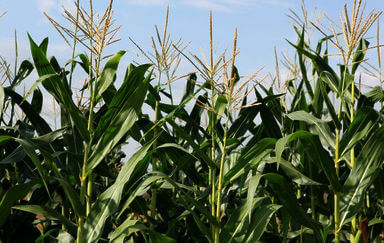 If what we know is true and facts are facts, why are our tax dollars subsidizing an industry and products that we know are contributing to life threatening illnesses and a decrease in the longevity of the American people?

Facts You Must Know

Fact: Over 13 million youth are obese and childhood obesity has quadrupled in the last 40 years.
Fact: Over 70% of obese youth will be obese adults with an increased risk of diabetes, hypertension, heart disease and cancer.
Fact: The American Heart Association projects that over 40% of Americans will suffer from heart disease by 2030. Today that number is almost 37%.
Fact: Today’s youth may be the first generation in the history of our country with a shorter lifespan than their parents.
Fact: One of the most powerful drivers of the obesity epidemic is an abundance of cheap, nutritionally void food sweetened by the synthetic and highly dangerous sugar substitute high fructose corn syrup.
Fact: Only 1% of the corn grown in the United States ends up as ‘corn on the cob’ in the grocery – most feeds livestock, produces fuel and a tremendous amount is turned into unhealthy additives like high fructose corn syrup.
Fact: Since 1995, $290 billion dollars of taxpayers money has been spent subsidizing the junk food industry including unhealthy fats, oils and high fructose corn syrup.
Fact: Vegetables and fruits are not subsidized at all in the United States.
Fact: If Americans ate 9 servings of fruits and vegetables a day, $5 billion per year would be saved in health care costs and over 30,000 people would be saved from heart-related deaths.

The Birth of a Killer

High fructose corn syrup was first invented in the 1960’s and began to be heavily produced in the 1970’s, shortly after the USDA ended controls on wheat, soy and corn production. A policy that encouraged farmers to grow as much of these crops as possible was introduced. The policy came with hefty subsidies to farmers who would grow these crops.

Since 1995, over $19 billion in subsidies has gone to crops that are used to produce nutritionally void products such corn sweeteners, corn starch and soy oils. In comparison, no subsidies have been paid for fruit or vegetable farmers who are growing healthy and nutritious crops.

Right along with the increase in high fructose corn syrup use, the overall caloric intake of Americans has increased by almost 600 calories since 1970. Calories derived from fruit and vegetables are 100% more expensive than those derived from products made with high fructose corn syrup. This, along with the fragile economy, does not make it any easier for families to make wise food choices.

Consumption of high-fructose corn syrup causes body-wide inflammation and obesity. In high doses it can literally punch holes in the intestinal lining allowing nasty byproducts of toxic gut bacteria into your system resulting in obesity, diabetes, cancer, heart disease, dementia and accelerated aging. In addition, high fructose corn syrup contains contaminants, like mercury, that are not regulated by the FDA and are highly toxic.

Jeffrey O’Hara, an agricultural economist with UCS’s Food and Environment Program comments on the current farm policy that seems to overwhelmingly support a food industry that has no interest in the health of Americans.

“These perverse policies make Americans foot the bill twice — once to subsidize commodity crops that wind up in junk food, and again to cover the skyrocketing cost of treating diet-related heart disease, stroke and hypertension. Our federal food policy is literally making us sick and driving the economy further into debt.”

Is there a Light on the Horizon?

Despite the current state of affairs, there does seem to be ray of hope. Sen. Sherrod Brown (D-Ohio) and Rep, Chellie Pingree (D-Maine) introduced identical bills in Congress that would expand the access that consumers have to fruits, vegetables and other health foods while assisting farmers growing healthy produce with marketing and business opportunities.

The legislation would provide $20 million each year for the development of farmers markets and local food enterprises and help offset marketing, processing, distribution and storage costs. In addition, the bill would also provide funding for the food stamp program so people on benefits could get food from local farmers.

O’Hara, who supports the bill 100%, says that if Congress really cares about the lives of millions of Americans it would adopt the provision of the bill in the upcoming farm bill.

Until that time, individuals and families need to make every effort to cut processed and junk food from their diet, especially foods containing high fructose corn syrup and hydrogenated oils, and replace them with healthy local produce.

Isn’t it bad enough that our tax dollars are subsidizing a killer – making us an accessory to the crime? Don’t do double damage and buy into it as well. Shopping smart may save your life!