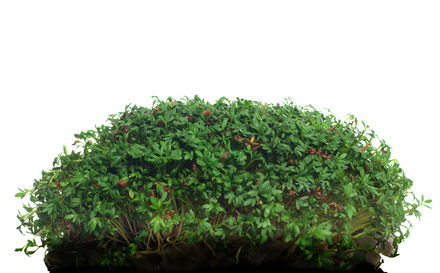 Watercress is a lesser-known cousin of cruciferous vegetables like cabbage, broccoli and cauliflower, but it packs a punch when it comes to health benefits. It’s been a staple food since early human existence, and is the oldest known leaf vegetable to be consumed by humans.

Here is a look at just three of the reasons you should add watercress to your diet:

Watercress is said to have extraordinary potential when it comes to cancer prevention and management due to its ability to increase the level of antioxidants in the blood and protect against damage to DNA.

It contains phytochemicals known as glucosinolates which produce isothiocyanates that have been studied specifically for their effects in battling cancer. Research has shown that dietary intake of these substances can help fight breast, lung, colorectal, prostate and other types of cancer.

The chlorophyll-rich leaves of watercress are believed to help fight free radicals in the body and even counteract the negative effects of carcinogenic substances like tobacco smoke. Recent research from the University of Ulster found a 17 percent reduction in basal DNA damage after participants in a study ate three ounces of raw watercress a day over an eight-week period. Their antioxidant blood levels also significantly increased.

Watercress is said to be one of the most potent superfoods when it comes to anti-aging abilities. A UK study conducted by Dr. Sarah Schenker, a leading nutritionist and dietician, found rather remarkable results in improving skin condition. The majority of participants saw positive improvements in their skin, including wrinkles, texture, pores, and more, in addition to experiencing an increased level of energy.

Schenker noted, “Watercress is a rich source of beta carotene needed to quench free radicals, which can cause damage to skin cells. However, in order to work properly a high concentration of vitamin C is also needed to complete this process and watercress again has this in abundance.

In addition, watercress contains vitamin E which is also important for skin health. It is this powerhouse of nutrients and the chain reaction in which they work together which is so important for maintaining good skin.”

In addition to helping you look younger, watercress may also help clear acne in addition to improving skin complexion when taken internally or applied as a lotion. It may even provide relief from skin conditions like eczema.

Watercress is rich in lutein and zeaxanthin, which are known to be beneficial to heart and eye health. Consuming foods with these compounds are linked to a lower risk of age-related macular degeneration, which is the most common cause of blindness in adults.

Research is also finding that these carotenoids may also help support the cardiovascular system, as individuals who have a higher level of lutein and zeaxanthin have been shown to have a lower instance of atherosclerosis and are less likely to suffer from a heart attack compared to people with lower levels.

If you haven’t tried watercress yet, it’s simple to add to your diet. All you need to do is trim the stems and rinse the greens in cold water. Use it in place of lettuce in a salad or add it to your sandwich. It can also be lightly steamed or stir-fried, but for optimal benefits, eat it raw.