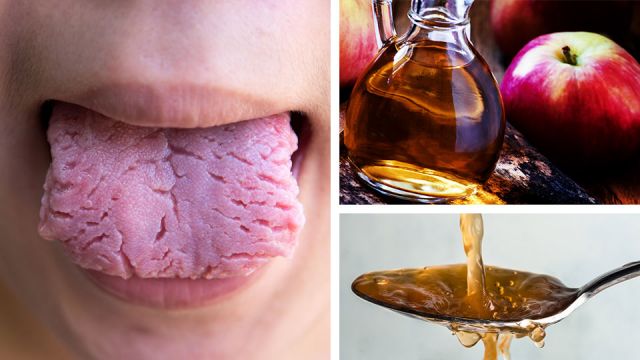 Nothing is ever black and white when it comes to our health, and the same is true for the microorganisms that reside in our bodies. As most people know, billions of bacteria reside in the human gut, helping to break down food, provide immune support and fulfill a myriad of other functions that our very existence has come to rely upon. But people are also aware of the existence of “bad bacteria” — those microorganisms that are pathogenic in nature, and which in great numbers can do us serious harm.

But that by no means covers the “bigger picture” of the human microbiome. Rather than these good and bad bacteria residing only in our gut, both commensal (neutral or symbiotic) and pathogenic bacteria live on almost every surface of the body, both inside and out. There are large communities living in the gut, mouth, lungs, reproductive organs and skin — together with the smaller “micro villages” elsewhere on your body, these critters comprise your very own microbiome.

And within that microbiome also live millions of species of yeast, a type of fungi. Like bacteria, they fulfill a wide range of functions — some of them good, and some of them harmful. Most people don’t recognize this: not all yeast is bad! And in fact, the most notorious species of all — candida — can be a very good thing… when it’s under control.

Candida albicans is a parasitic fungus that is present naturally in our mouths, intestines and (in unfortunate cases) in the female reproductive organs. While classed as parasitic, it actually plays an important role in nutrient absorption and protection of the intestinal tract from infection. When it’s in balance, it supports our bodies and is a critical member of the microbiome community.

But it’s when it gets out of control — what is termed an “overgrowth” — that things start to go downhill quickly. Under ideal conditions, with a healthy host and hence a healthy gut, candida fulfills its functions as a digester of food and a booster of immunity. When it is in a state of balance, the numbers are kept in check by the other species of bacteria and yeast that live in your gut and elsewhere.

But when your immune system becomes compromised through poor diet, stress, lack of sleep, or all of the above, candida takes its chance and begins to expand. With a compromised immune system that’s unable to keep candida in check, and a constant source of fuel from the vast quantities of sugar that most of us eat every day, candida can quickly grow from a small community to a vast horde of yeast that begins to take over your body — killing the good microorganisms in the process.

As the candida overgrowth progresses, it can begin to undermine the lining of your intestinal wall, allowing its tendrils to penetrate into your bloodstream and release its toxic by-products. This can cause all manner of symptoms, including intense sugar cravings, chronic fatigue, persistent mental fog, pain and swelling in the joints, digestive problems, bad breath, yeast infections, depression and much more!

Clearly, you want to do your utmost to keep candida under control. But how can you achieve this naturally, without wiping out the rest of your good bacteria with the likes of antibiotics?

Reworking your diet is the single biggest thing you can do to kick candida in the butt. People can spend hundreds of dollars on natural candida treatments and still fail to stem the overgrowth if they refuse to change their diet.

First and foremost, this means saying no to sugar. Because candida overgrowth feeds off sugar, the less of it you eat the harder it will be for the candida to survive in such large numbers. Major sources of sugar include processed foods, baked goods, sweetened drinks (including your morning coffee), bread, pasta, fruit (fructose is another form of sugar that candida loves to chow down on), and even certain vegetables like carrots and beets. This will be a tough move to make, but it’s also the most important move — stay strong!

First the first few weeks at least, you’ll also want to avoid dairy, which contains lactose (a type of sugar that candida can also feed on) and alcohol, which contains both sugars and trace amounts of yeast that can exacerbate your candida problem. Staying away from moldy foods like cheeses and other fermented products is also worth considering.

Many people, including myself, drink apple cider vinegar (ACV) every day in order to keep candida at bay. The way in which ACV treats candida is twofold. First, if the ACV is raw and unfiltered, it contains high levels of beneficial yeast species. Unlike candida, these species support a healthy gut microbiome and even act as a prebiotic, helping to feed the beneficial bacteria that live in your intestines and which can help to bring your candida overgrowth under control. Second, ACV contains high concentrations of both acetic acid and citric acid, which together act as a strong deterrent to candida.

Not only that, apple cider vinegar is a proven antiglycemic agent. This means it has the ability to regulate blood sugar spikes following meals. This means that if you do eat something sugary, it may lower the effects this has on your candida overgrowth.

How do I take my ACV? Simply mix a tablespoon of raw apple cider vinegar into a glass of water, either at mealtime or first thing in the morning. Easy as that!

This natural ACV remedy isn’t for everyone, on account of the fact that many natural antifungals can cause a rapid die-off of candida cells, which in turn can result in a Herxheimer reaction. This manifests in flu-like symptoms that can put many people off — but it’s a sure sign that you’re beating the candida, so I’m all for it!

4. Get your hands on some probiotics

After you’ve taken a large chunk out of your candida overgrowth with antifungals, ACV and an anti-sugar diet, it’s time to repopulate your gut with good bacteria. This is where a high-quality probiotic comes in. These will help to fill those areas of your gut left empty by the die-off of candida, ensuring those same candida cells can’t move back in later on after a particularly stressful week or sugary meal.

This is another critically important candida remedy that many people overlook — avoiding stress! In today’s modern world, stress can come in many forms, but it always results in the same thing: chronically elevated cortisol and adrenaline in the blood, which can exhaust your body and hinder your immune system… allowing candida to make its move.

Consider integrating stress-alleviating practices into your day, such as mindfulness meditation, yoga, getting out into nature or simply breathing deeply throughout the day. You’ll be amazed by how much better this will make you feel, and it’ll ensure your candida overgrowth recedes that much faster!