Orgasmic Meditation (or “OMing”) is a recent idea, coined by Nicole Daedone and Robert Kandell. It involves mindfulness with finger-to-genital contact and it tends to be conducted in pairs. Though the gender of the participants isn’t too important, the focus tends to be on female orgasm. It occurs through gentle and deliberate stimulation of her clitoris, and pleasure by proxy for the other partner.

The aim of OMing isn’t just an orgasm, but greater emotional awareness, interpersonal connection and a sense of fulfillment.

Daedone says that orgasmic meditation is part of a broader “slow sex movement.” It’s comparable, she says, to the “slow food” movement associated with chef Alice Waters. Rather than mindless consumption and over-indulgence, slow sex involves mindfulness and focusing on the present rather than a goal. It is simple — focused on pure sensation, without extra things like flirtation. Slow sex also involves recognizing and expressing desire.

The trend comes at a time when people are becoming more aware of the relatively low rates of female orgasm. According to Cosmopolitan’s Female Orgasm Survey, during heterosexual sex, just 57 percent of women have orgasms when they have sex with a new partner — compared to 95 percent of men.

That figure actually seems quite high when you look at data from Planned Parenthood. They say that one in three women have trouble reaching orgasm during sex, with 80 percent having difficulty in achieving it through vaginal intercourse alone. Twenty percent of women seldom or ever have orgasms during intercourse, and half of women only orgasm sometimes. Men’s orgasms are normalized and expected, but women’s? Not so much.

What are the benefits of orgasmic meditation? 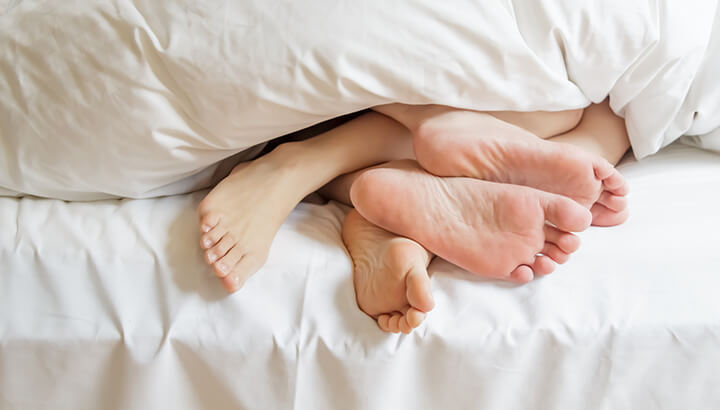 Orgasmic meditation was developed by OneTaste, a business based in San Francisco. They conduct classes nationwide or you can try the particular routine described below. The ideas behind the process and philosophy can be adopted and adapted as you please.

Orgasmic meditation can also provide knowledge, for both participants, about a woman’s orgasmic state and how to tune into it. That is, we’re taught to see orgasm more in line with how men tend to experience it — as a huge peak with a release of energy. But with OMing, one can tune into a woman’s arousal by noticing swelling, contractions, pulsing, buzzing and more.

The basics of orgasmic meditation

Without getting too specific, here are the basics of how it’s done. If you’d like to give it a shot, see the video on how to get started here.

3. Set up the “nest.” The process of setting up a nest reminds both participants to leave behind the day’s concerns. People usually perform orgasmic meditation in the light. That way, the giving partner can see what they’re doing. It also promotes the idea that sex doesn’t have to be “hidden away.” Here you can use some sort of mat on the floor, a pillow for the giving partner, pillows for the receiver and a timer.

4. Assume the position. Advocates prescribe a specific position for orgasmic meditation, which you can see here.

5. Set the timer. Before getting started, the timer must be set for 13 minutes.

6. Make initial contact. Before touching any part of the woman, the partner “safe-ports.” That is, the partner tells her what they’re going to do.

7. Describe the experience. During the experience, the partner describes what they can see. The idea is an objective description, without judgment or value.

8. Climax, or not. The woman may achieve orgasm, but she also may not. The partner will feel different sensations, with the aim being just to pay attention.

9. Wrap up. When the alarm goes off after 13 minutes, the pair has a few minutes to wrap up and get ready to get on with the rest of the day.

10. Put away the nest. This is the final act in this ritual. Advocates suggest that the closure of putting away the mat and pillows is important.

And there you have it! What do you think — is orgasmic meditation something you’d like to try? If you go ahead and give it a shot, let us know if you experience any health benefits.