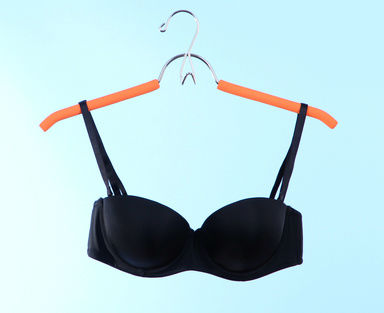 It’s almost like a rite of passage. Every little girl dreams of the day she can buy her first bra. Little does she know that from the moment she slips into her first training bra she will be saddled with wires, hooks, elastic and straps until her dying day.

For years females have been told they needed to slither into these confining undergarments to avoid the bane of every woman’s existence, saggy breasts. And to keep back pain at bay, every daughter, mother and grandmother has been forced to strap her girls in since there was anything there large enough to tie down.

But perhaps the most envied researcher in France, Jean-Denis Rouillon, has spent the better part of 15 years analyzing women’s breasts and what he found just may have women burning their bras once more.

Rouillon analyzed over 300 women’s breasts over the course of 15 years. By measuring changes through the use of both a slide rule and caliper, he found that women experienced a seven-millimeter breast lift when they stopped wearing bras over the course of just one year. And many women reported an actual decrease in back pain when they went sans the straps.

Rouillon proposes that wearing bras actually promotes the one thing it is supposed to reduce, sagging breasts. His theory is that when women strap themselves in, they never develop the muscles to help support the weight of their breasts.

Over time, these muscles weaken significantly and contribute to the inevitable and much-feared sagging breasts. But, take the bra off and women immediately sit up straighter and broaden their shoulders. The improved posture is what Rouillon attributes to the decreased back pain experienced by many in the study.

But don’t burn your bra just yet. While this study may prompt some to banish their bras for good, Rouillon himself notes that the sample size was small and for results to be more conclusive he would have to expand the study to include a far larger population.

The study only examined women ages 18 through 35 and didn’t take into account whether they were taking part in high-impact activities. Rouillon notes that women over age 45 may not see the same benefit, especially if they’ve been wearing bras their whole lives. 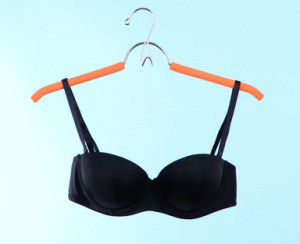 And when it comes to sports, depending on the impact level, intensity and breast size, many women may need bras to avoid pain and even injury. The average breast can move 10 centimeters or more during running, which can put strain on the back and shoulders.

While the study will surely prompt researchers to further investigate bra-wearing, it’s safe to say that women don’t have to strap in their sisters 24/7 and it may even benefit them in the long-run to spend more time au naturel.