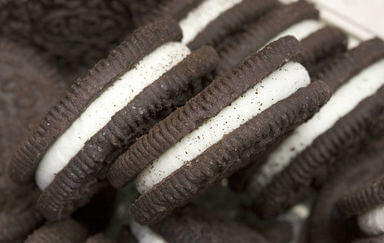 The famous children’s book, “If You Give a Mouse a Cookie,” by Laura Joffe Numeroff, tells us that once the mouse has his cookie he will want a glass of milk. New research, however, indicates that if you give a mouse (or a rat) a cookie…. he will most likely want another cookie and another and another…

The human mouth contains ten thousand taste buds and they are all interconnected to pleasure zones in the brain. These zones reward us when we provide energy for the body. Research has discovered that the taste buds are not the only place that supplies information to the brain. Taste receptors that line the esophagus, stomach and pancreas all drive appetite and ultimately food choices.

The science of the senses is big business, especially for big companies looking to make a big buck. Food manufacturers pay crazy amounts of money for researchers and food scientists to unlock as much information about human behavior as possible. This information proves invaluable when new products are being created. After all, if the manufacturer can get us “hooked,” there is a great financial gain to be had.

Sugar is the go-to ingredient in almost 90% of processed food items on the shelf today. It was not too long ago that the white crystals were considered a luxury item. In fact, just 200 years ago the average American consumed 2 pounds of sugar a year, today that number has risen to well over 150 pounds.

America’s love affair with sugar is no secret. Just a stroll through your nearest grocery store will confirm this. Remember, food manufacturers work on the principles of supply and demand. As long as we continue to eat sugary foods, they will continue to make them. If no one ate them, we would not see them on the shelves!

It has been almost 40 years since William Duffy published his book entitled Sugar Blues which argued that refined sugar is as addictive as any drug and highly damaging to health. The book has been printed over 1.5 million times since its release in 1975 but many people felt that it lacked scientific evidence. Today, however, Duffy’s work is finding much support in peer-reviewed and published scientific literature.

In 2007, a study entitled ” Intense sweetness surpasses cocaine reward,” found that rats who had an option between water sweetened with saccharin and intravenous cocaine preferred the taste of saccharin. In fact, over 94% of rats made this choice and the preference did not change even when the dose of cocaine was increased.

Researchers summed up their findings this way, “Our findings clearly demonstrate that intense sweetness can surpass cocaine reward, even in drug-sensitized and addicted individuals. We speculate that the addictive potential of intense sweetness results from an inborn hypersensitivity to sweet tastants.

In most mammals, including rats and humans, sweet receptors evolved in ancestral environments poor in sugars and are thus not adapted to high concentrations of sweet tastants. The supranormal stimulation of these receptors by sugar-rich diets, such as those now widely available in modern societies, would generate a supranormal reward signal in the brain, with the potential to override self-control mechanisms and thus to lead to addiction.”

Author of the book “Salt, Sugar, Fat,” Michael Moss says, “Our bodies are hard-wired for sweets.” Research just released out of Connecticut College seems to agree with Moss. After conducting an experiment involving Oreo cookies and rats, researchers are making the bold claim that the cookies are as addictive as cocaine.

This probably comes as no surprise to those of you who find that you just can’t have one Oreo. Professor Schroeder, study supervisor, remarked that the rats who ate the cookies, loaded with unhealthy fat and sugar, experienced a reaction in the same pleasure center of the brain as the rats who were exposed to cocaine or morphine. In fact, the Oreos more strongly impacted the pleasure center than did the cocaine.

“Our research supports the theory that high-fat/high-sugar foods stimulate the brain in the same way that drugs do,” Schroeder said. “It may explain why some people can’t resist these foods despite the fact that they know they are bad for them.”

While this study picks on Oreos, it is important to note that there is nothing inherently different about the cookies over other high sugar processed foods including ice cream, cake, candy and such. What the study did confirm was what Moss said, the body is definitely hard-wired to love sugar.

A book written by Dr. Robert Lustig, “Fat Chance: The Bitter Truth About Sugar,” is said to have caused a backlash from the food industry. Lustig is a pediatrician who specializes in treating overweight children in San Francisco. He’s spent 16 years studying sugar’s effects on the central nervous system as well as metabolism and disease.

Lustig says that the industry has turned sugar into a diet staple, because they know it works to hook consumers into buying more. He notes, “If some unscrupulous cereal manufacturer went out and laced your breakfast cereal with morphine to get you to buy more, what would you think about that?” They do virtually the same thing, but with sugar.

Lustig, like researchers with the latest study, also compares sugar to controlled drugs. He says cocaine and heroin are deadly because they are toxic and addictive. So is sugar.

How Does Food Addiction Work?

Our brain, that takes up only 2% of our body mass, is truly in charge when it comes to our survival. While we can live without a limb, sight or hearing…. we need our brain all the time! If you think you have a complicated job description, you would be floored if you knew just what the brain has to do everyday to ensure our survival.

The brain is the CEO in charge of all of the body’s functions including walking, talking, breathing, swallowing, tasting, smelling, etc.. It also controls our thinking, emotions, memory and perceptions. That is a hard day, and a hard night’s work. The brain, literally works 24-7 to keep us alive.

Within the brain are sections, systems and sensors that form an intricate highway of communication. One such system is called the reward system. This system is designed to “reward” us when we do things that encourage our survival, such as eating, one thing the brain can’t do. When we eat, the brain sees this as a good thing and releases feel-good chemicals like dopamine which the brain translates as pleasure. Because of this, the brain is wired to seek out any behavior that will release dopamine within the reward system.

Foods in their natural state such as an apple or even a piece of grass fed-beef may cause a moderate release of dopamine, however eating a tub of ice cream or a few Oreos, releases a massive amount of dopamine.

When something we do such as smoking or eating a bag of cookies releases dopamine and we do it over and over again, the dopamine sensors begin to down-regulate. This means that when the brain senses that the amount of dopamine is too high, it begins removing receptors to keep a balance.

With fewer receptors, more dopamine is needed to create the same pleasurable effect. This is what drives people to continue to increase the amount of junk they are eating. In a sense, you become tolerant. With fewer receptors, if the pleasure trigger is not provided, your mood will not be impacted until you get your “fix.”

The presence of both tolerance and withdrawal are hallmarks of physical addiction. Numerous studies in rats including the most recent, show that they can become physically addicted to junk food in a similar manner as they can become addicted to drugs.

We are aware, of course, that is is an oversimplification, however, it does demonstrate how food addiction can, and does happen. Sadly food addiction leads to changes in behaviors and thoughts (remember all those circuits in the brain are connected).

There is a drastic difference between a craving and hunger. A craving may pop up out of thin air and bite you on the behind, pushing you all the way to the cupboard for that bag of Oreos.

You may have been watching television, reading or doing something else and all of a sudden you feel like a cookie. Cravings can also be triggered by something such as a walk past a bakery, pizza or coffee shop, or even emotional states like being depressed or lonely.

When your brain wants dopamine it creates a craving which is completely outside of the body’s need for nourishment or energy. When a true craving arrives on your doorstep it may be next to impossible to think of anything else.

While the odd craving is common – if you find yourself repeatedly caving into your cravings and eating junk food, even when you have told yourself not to … there could be an issue.

Food addiction can escalate to a point where the addict continues to consume food that they know can and is causing physical harm. Once you give in to the craving, you will eat until you receive all the dopamine that your brain is missing. Experts claim that eating in moderation becomes very difficult if you want to keep a dopamine driven brain happy. This explains why one cookie is never enough!

Although some people joke about being a soda, cookie or chip junkie – the truth of the matter is very serious. Both physical and psychological problems begin to appear over time in people who struggle with food addiction. Some people hide their food consumption from others, they lie about it and suffer from depression or damaged self-esteem.

Lifestyle diseases such as diabetes, hypertension and heart disease may develop from eating such a high volume of nutrient deficient food stuff, not to mention obesity. Most people do not realize that they are addicted, they just think that they have no willpower.

For some, breaking free from a food addiction is one of the hardest things they have ever had to do. If this is you, here are five tips to help you end your sordid love affair with unhealthy food.

Understand your triggers – We all have them, what makes you go for the food? This could be stress, hunger, boredom etc. Keep a food diary and make a note of when you have a craving.

Eat nutrient dense food – Fill your body with whole food, rich in healthy fats and organic fruits and vegetables. A well-nourished body craves less sugar/processed fat than one that is nutrient deprived.

Start your day with a savory breakfast – A hearty breakfast that contains healthy saturated fat will help keep the cravings at bay. Choose an omelet or a bowl of oatmeal with real butter or cream over a dry cereal or a bagel.

Go on a processed food fast – Commit to at least five consecutive days without any processed food. Read your labels carefully, many foods are loaded with sugar or hydrogenated oil. Although this will not be easy, your body will thank you.

Do not use artificial sweeteners – Many people have the wrong impression that artificial sweeteners will help them end their craving for sugar. In fact, they make it harder to quit and only encourage you to eat sugar-laden foods. If you need something sweet, use coconut crystals, raw stevia or raw honey (in moderation).

Don’t keep your food addiction a secret. Confide in someone you trust and solicit as much support as you can to break the habit.