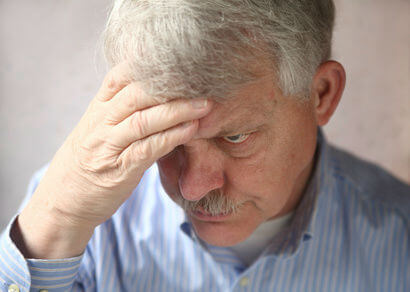 The ability to enjoy, perceive, sense and experience life is dictated by the neuron firing rate and health of your brain. Without a well-functioning brain you could not appreciate art or music, smell a flower or feel the heat of the sun on your face. Everything meaningful in life is mediated by the operation center of the body, the brain.

According to Datis Kharrazian, DC, MS, everything that we do in life, the ability to enjoy, sense and perceive, is dependent on brain function. In fact, Kharrazian says that true physiological and mental health is impossible without brain health, including graceful aging.

So, how do we protect and nourish our brain so that it rewards us with superior cognitive function and keeps the rest of our body in line? It is important first to acknowledge two truths.

The first is that we are all going to die and the second is that our brain begins to degenerate from the time we are born – like driving a new car off the lot, depreciation is inevitable; however, the more care we give our brain and our car – the better it serves us in the long run. Keep in mind that you had more brain cells the day you were born than you will ever have again and brain neurons cannot be replaced.

With the daily media assault for Depends diapers, medications for Alzheimer’s, Parkinson’s and nursing homes, we are convinced that neurodegeneration is part of normal aging. How often do you catch yourself saying things like, “I am having a senior moment,” when you forget where you parked your car or call your child by your dog’s name?

We attribute our aches, pains and inflexibility to the aging process and just assume we are correct because everyone else around us seems to be going through the same thing. We call those odd “older” people who compete in marathons or seem to have it all together “the exception” rather than the norm. However, science tells us a different story. Researchers who have investigated healthy seniors have found only minimal “normal” cognitive decline suggesting that extreme decline is not part of healthy aging.

Sadly, more than 4 million Americans have dementia and it is expected that this number will increase to 14 million in the next 50 years. Approximately one in every three hundred Americans have Parkinson’s disease and a huge number of others exhibit “Parkinson-like” symptoms.

There is no cure for dementia, Parkinson’s or Alzheimer’s. Conventional medicine fails when it comes to diagnosing and treating conditions. When you go to the doctor with early signs of dementia, most people will tell you that your symptoms have progressed beyond a stage where they can be reversed. At this point, it is too late and neurons have been damaged, the brain is atrophied and shrunken. There are no drugs to improve brain function.

Although some degree of degeneration is unavoidable, the process is sped up by a number of things including:

Signs that You are Losing Neurons

Early signs of neurodegeneration are common and include:

Some people may notice that they used to be able to read or study for several hours without getting tired and can now only go about 30 minutes before the brain refuses to cooperate. You may also notice that you get really tired after you drive or do other taxing activities that involve the brain.

The gut/brain connection is very strong. In fact, 90% of the brain’s output goes to the vagus area. The vagus nerve is the master control behind the secretion of stomach acid and pancreatic enzymes as well as intestinal motility and gall bladder contractions. If brain function is sluggish your digestion will not work well either.

The front part of the brain – the frontal cortex is involved with higher thinking, planning and forming goals. When it is not firing, or is in a state of atrophy, depression occurs. Antidepressants only have a limited effect because they increase neurotransmitter levels but do not improve overall brain health.

Aging gracefully, with your brain operating optimally is possible. You don’t have to risk plastic surgery or pop a magic pill to keep yourself looking and feeling your best.

Eat Real Food: Industrial seed oils, excess sugar, cereal grains and processed soy can hasten neuron death and aging. Eat as much unprocessed food as possible. Remember the rule, if you can’t pronounce it don’t eat it or if it has more than 5 ingredients, don’t eat it.

Keep Your Brain Busy: The saying ‘use it or lose it’ is quite true when it comes to your brain. If neurons are not activated they will atrophy and die. Working crossword puzzles, creating, writing, working math problems or learning a new skill are all ways to keep your neurons actively engaged. Opt for these activities over television viewing or Internet surfing.

Sleep Well: Getting enough sleep is imperative to brain health. Consistently getting below 7 or 8 hours of sleep is a sure way to damage your neurons.

Exercise: Consistent exercise is a great way to increase blood flow to the brain. Acupuncture and stress management also help to increase this oxygen.

Remember, you have only one brain and a precious and limited supply of neurons – treat them with love!