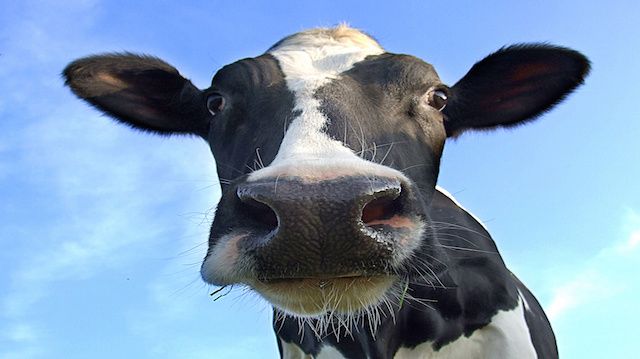 We all have that friend — the yogi who fills her Instagram feed with gorgeous poses, the long-distance runner who’s always talking about his next big event, or the vegan with the goal of single-handedly converting everyone to his lifestyle. Vegans and vegetarians typically have a few stock requests for the rest of the world: eat less meat and dairy, and buy fewer animal products. As it turns out, they’re onto something. Reducing our use and consumption of animal products means a healthier environment, and therefore we live healthier lives.

Farms aren’t what we think

Certain cultures have long been protective of their sacred cows — dairy cows in this case. Owning cattle was a symbol of status in many civilizations for a long time. Even today, there’s something very romantic about the dairy farm or cattle ranch, stretching across bucolic acres in the untamed West.

But the reality is anything but a peaceful, clean oasis. George Monbiot, a journalist for the British publication, The Guardian, recently explored the River Culm in Devon, England. In a region billed as a “wildlife haven,” Monbiot found something quite different.

“Well, the river certainly made an impact — on my nostrils. I could smell it from 50 meters away.” That’s a distance of about 165 feet. He described the river as “little more than a farm sewer” that smelled like cow manure and was covered in “sewage fungus.”

“I’m told by an expert in river ecology that when sewage fungus becomes filamentous like this, it means that the pollution is both severe and chronic. This was the dominant lifeform. There was little life of other kinds to be seen,” wrote Monbiot. The cause? Monbiot found and photographed a pipe dumping cow waste directly into the river.

It’s not just England that’s suffering from dairy farm runoff and waste. The Natural Resources Defense Council (NRDC) has published facts about American livestock farm pollution, and the data is sickening. Most of us are aware that livestock waste contains dangerous pathogens like E. coli and Salmonella, but according to the NRDC, there are more than 40 diseases that humans can contract through contact with manure. 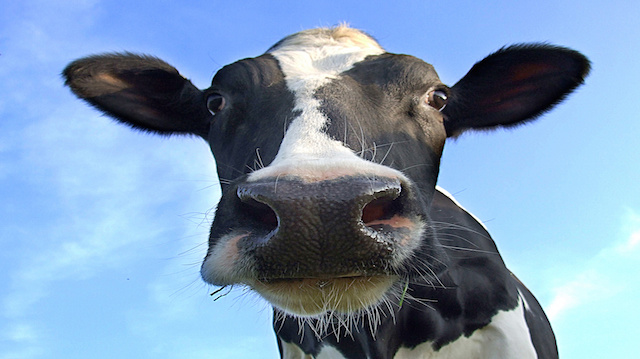 The NRDC also points out that nearly 80 percent of the nation’s antibiotics — or about 29 million pounds — is used for animal feed each year. Unabsorbed portions of those antibiotics are released through cattle urine and manure, and enter the surrounding ecosystem. Such widespread use of antibiotics in animals has been shown to contribute to antibiotic-resistant bacteria. The worst part is, these are just two health hazards posed by farms across the globe.

Dairy farm pollution and the environment

Dismissive practices by large farms actively harm the environment. For instance, according to the NRDC, “When Hurricane Floyd hit North Carolina in 1999, at least five manure lagoons burst and approximately 47 lagoons were completely flooded.” This pushed the manure into nearby waterways, killing vegetation and animals in the area. Furthermore, as Monbiot’s experience shows, algal blooms and sewage fungus overrun waterways, killing aquatic life.

Many of us enjoy eating animal products, but the truth about dairy farms and cattle ranches is troubling. The actions of today affect tomorrow’s reality. If we continue to produce meat and dairy products in the same way we have, what are we leaving to future generations? Perhaps it’s time to reexamine the amount of meat and dairy we consume. If we all ate a little bit less, the impact could be significant.

Do you have a favorite meatless recipe to share?