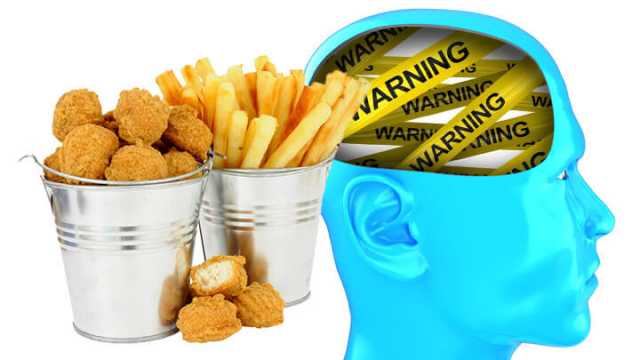 Smoking one cigarette reduces your life expectancy by 11 minutes. Watching one hour of television brings death 22 minutes closer. A burger shaves half an hour of your life, according to various studies. But although 78 percent of Americans know that fast food is bad for them, 80 percent still eat fast food at least once a month or more. At least 19 percent eat it several times a week or every day, according to a Gallup Poll.

Fast food comes in many forms. Some of it is not so bad and some of it is pretty terrifying. But usually, it’s the food frying in fat that has negative consequences for our health.

Fried foods and your brain

The saturated fat in butter, cheese or fried foods can cause difficulty for your brain in controlling what you eat. A study found that consuming fatty foods affects the hypothalamus — a part of the brain that helps regulate hunger. Saturated fat can see people struggling to control how much, what and when they eat — symptoms seen in obesity. Unsaturated fats don’t have the same effect. 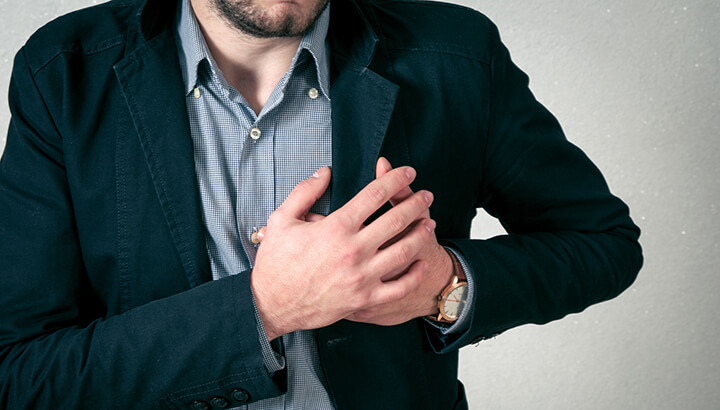 The dangers of fast food are most commonly associated with heart disease and type 2 diabetes. And researchers have found that eating fried foods away from home, where the frying oil may not be fresh, poses the greatest risk.

Fried foods, when eaten very frequently, can boost chances of heart failure by 68 percent. According to one study, the risk goes up with the amount of fried food consumed. Men who eat fried food one to three times a week have an average 18 percent increased risk of developing heart failure. When the frequency was increased to four to six times a week, heart failure risk was 25 percent higher. And at seven times or more weekly, the risk was 68 percent greater. Similar rates — somewhat lower — also apply to heart disease and type 2 diabetes.

Interestingly, these studies often don’t specify what type of fried food causes such risk rates. We’d assume that deep fried ice-cream or fried sausages don’t have the same effect as a vegetable stir-fry or some lightly-singed fish.

Saturated and trans fat are the culprit

The main thing to be clear about, then, is that the problem with frying is in the fat — saturated and trans fat. Trans fat, found partially in hydrogenated vegetable oils, likely contributes to oxidative stress, which causes cellular damage. Some researchers believe there is no threshold at which trans fats are safe. Basically, trans fat clogs your arteries and prevents the synthesis of prostacyclin, which is necessary to keep your blood flowing.

But beyond this is a fun thing called acrylamide. It’s what happens when carbohydrates are fried and it’s a carcinogen. When sugars and starches, such as potatoes, are cooked at 248 degrees Fahrenheit or higher, fats are oxidized. Then, a chemical reaction between sugars and amino acids causes acrylamide.

French fries contain some of the highest levels of acrylamide. And the practice of extending their cooking time to make them crispier can produce 10 times as much. The chemical can damage the nervous system. Some studies on animals have found that it may contribute to tumor development, while other studies have found that it kills brain cells. Finally, another study found that it was likely that fried and fatty foods could increase feelings of fear and anxiety.

The good news in the storm of bad 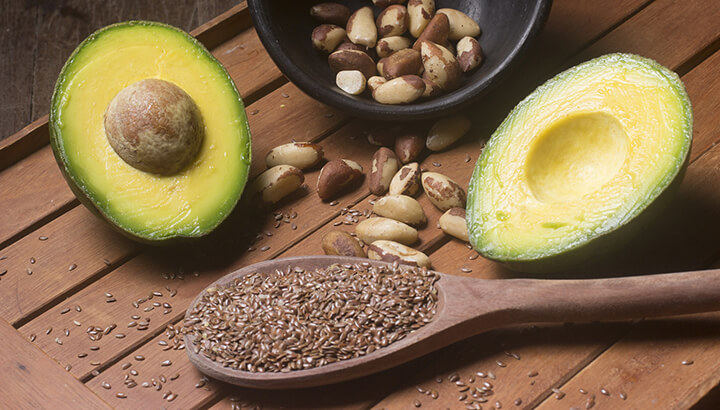 Of course, most things are bad for you in excess and 52 percent of Americans are eating junk food twice a month or less. We actually need about 25 percent of our calories to come from fat — around two ounces a day. However, this should be healthy fats like olive oil, avocados, nuts, flaxseeds and cold-water fish.

And since fried food is often less of a choice for those who are poorer, or who have less time to prepare meals, it’s worth being clear that many factors, including stress, can be contributors to early death or reduced brain capacity.

But the jury is also out on just how bad fried food is. While there are many studies documenting its ill effects, as mentioned, there are also a few going the other way. A study that lasted over a decade conducted on 41,000 adults in Spain found no link between fried foods and the risk of heart disease. Of course, people in Spain have a different kind of diet and tend to fry food more in olive and sunflower oil.

What you can do

If you’d like to fry up a meal or have some sunny-side eggs for breakfast, try olive oil or cook fish in its own natural fats, if you can afford it, instead of vegetable oil. Aim to slowly cut back on the amount of frying you do, or fried food you buy. Try these activity and food combos for a healthier life.

And a handy little cheat — alternate oil varieties. The research on which oils are worst or best is inconsistent at best, but if you mix them up, you’ll end up with a mix of fatty acids rather than a concentration of one.