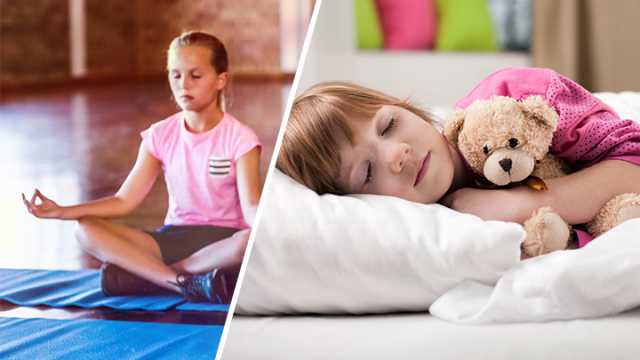 My son, like many other kindergarteners, likes to stay up late whenever he can. He has many strategies devised to delay bedtime as much as possible. Taking extra-long to eat dinner, asking about ten million questions right before bed and the like. Though I usually manage to get him into bed on time, that doesn’t stop him from staying up and playing. I often hear him singing and walking around after lights out. On some nights, this can continue for an hour or more.

I accommodate for this sleep lost to playtime by making bedtime earlier, but some nights, he just doesn’t sleep enough. He’s a great sleeper once he’s asleep, but some mornings, I can see his dark circles and glazed-over expression and I know he’s been up too late. No sleep, of course, leads to arguments, whining, not listening, occasional meltdowns and a fairly large headache for parents.

My son’s self-induced sleep deprivation was worse when he was younger, and my husband and I have since adopted several strategies to make sure (as sure as we can) that the little guy gets enough sleep. Besides the fact that poor sleep makes kids cranky and disagreeable, it can also be very unhealthy, especially in the long term. The following are a few reasons why it’s crucial to ensure that kids get enough sleep.

Some dangers of poor sleep

In a new study performed by researchers from Princeton University and published in the Journal of Pediatrics, researchers found that kids who get less than the recommended nine to 11 hours of sleep per night may experience more rapid cell aging than kids who get the recommended amount of sleep. For the study, researchers observed the telomeres of 1,567 nine-year-olds. Telomeres are located at the ends of chromosomes, and their length is thought to be correlated to cell aging. As we age, telomeres shorten and fray.

Other factors can also influence telomere length. These factors include disease, both physical and mental, and, as this study found, sleep. Researchers found that kids who slept less than the recommended amount had shorter telomeres than the kids who slept enough. Each hour less that a child slept was correlated to telomeres about 1.5 percent shorter. While the researchers are still unsure of the long-term effects of this telomere shortening, from what we know, it’s not a good indication.

On these results, the study authors wrote:

“We provide preliminary evidence that children with shorter sleep durations have shorter telomeres. This finding is consistent with a broader literature indicating that suboptimal sleep duration is a risk for increased physiological stress and impaired health.”

If that’s not a good reason to ensure that our kids get enough sleep, I don’t know what is. There’s more, though. Chronic poor sleep has also been linked to:

Yikes. Here’s how to get your child more (and better) sleep.

Make sure they’re getting to bed early enough

If your child is getting in bed less than 11 hours (or nine hours for older kids) before they have to get up, it’s time to make a change. Schedule dinner time and bedtime so that kids have time to get their full recommendation of Zs. If your child takes a long time to fall asleep, make bedtime half an hour or an hour earlier, to allow for that tossing, turning and playing time.

Whether it’s a book before bed, a song or a glass of warm milk, keep it consistent. In my experience, kids do not react well to schedule changes.

Nothing is quite as awesome for sleep as a full day of moving around and having fun. Try to make time to take your kids outside to play every day. You could go for a walk, run around your backyard or a nearby park, practice monkey-bar skills, go roller skating, go biking, anything you want. Just get them out there, as early in the afternoon as possible! Then, they’ll wind down in the evening and be snoozing happily by bedtime.

Choosing some of these foods for dinner may help your family enjoy more quality sleep. The same goes for you too!

Depending on the age of your child, introduce deep breathing and meditation to help them relax. For younger kids, taking a few deep breaths before bed (or when they’re going into sleep-deprived hysterics in the evening) can help a lot. Breathe with them and they’ll get the hang of it. Older kids can sit in meditation with their parents. Just five or ten minutes before bed may help them (and you) to sleep better.

Get the screens out of their rooms

Your child does not need a television, iPad, smartphone or any other electronic device with a screen in their room. It will just lead to endless hours awake.

Bathe them right before bed

Something about warms baths and showers helps the Sandman to come.

Not too cold, of course, but a warm and stuffy room may lead to tossing and turning.

Do you have any other tips to make sure kids get enough sleep? Please share with us!