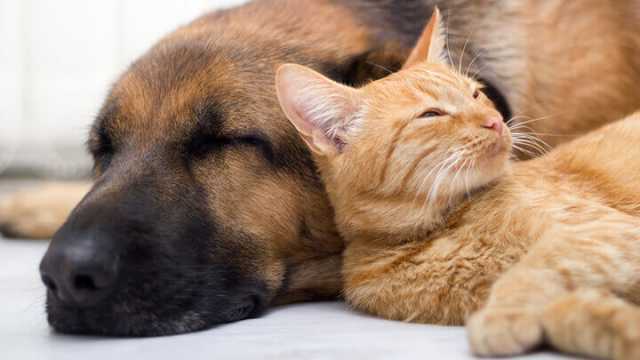 Cancer doesn’t just plague humans – pets can suffer from this devastating disease as well. Although there’s scant national data on the prevalence of cancer among pets, most veterinarians agree it’s a serious problem and can hit any household. Like in humans, it’s not always clear what causes specific cancers, but there are five ways you can reduce the risks for your beloved pets.

1. Limit use of pest protection

Ticks and fleas can be a nightmare for pet owners, especially in rural areas. However, sometimes the treatment can be just as bad as the problem.

Veterinarian Carmen Colitz tries to avoid topical or oral flea and tick control for that reason. “As a veterinarian and pet parent, I realize that there are numerous risks to our pets’ health in the environment including chemicals, allergens, changes in climate, radiation and so many more,” she told the Alternative Daily.

She continued to say that it’s important for us to keep our pets in optimal health, including at an appropriate weight, in order to help to minimize the inflammation that is ongoing in their bodies. “I try to avoid any exogenous exposure to toxins of any form including topical or oral flea/tick control, when possible,” Colitz said.

Further, according to the Natural Resources Defense Council (NRDC), many common flea and tick products can be unsafe for pets in the long run. “Most conventional flea and tick products—including collars, topical treatments, sprays, and dusts … are linked to serious health issues in people, such as cancer and neurological and respiratory problems,” the NRDC has warned.

“Many vets count on the EPA to make sure that the products on the market are safe if used correctly. Unfortunately, the ingredients in these products are still quite dangerous,” said NRDC senior scientist Miriam Rotkin-Ellman.

How to naturally prevent pests 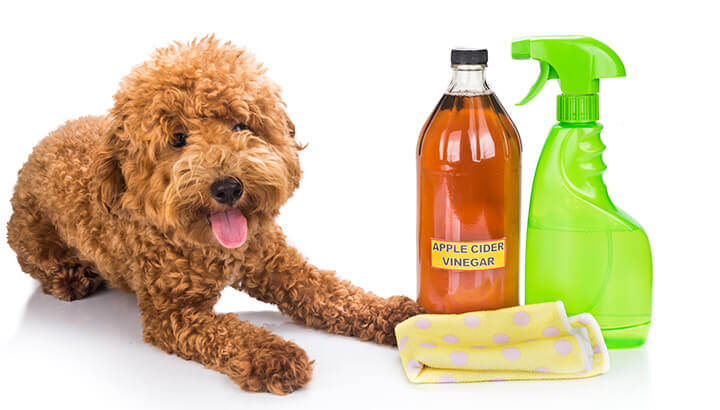 You don’t have to accept that your pets will be infested with parasites. Instead, the NRDC suggests exhausting all less dangerous options before resorting to bombarding your pet with chemicals.

Some suggestions include regularly grooming your pet, cleaning its bed weekly with hot soapy water and trying non-toxic pest alternatives. It’s also advised to preempt the problem by keeping nematodes in your yard or garden. Nematodes are worms that love to eat the larvae of common pests like fleas.

Finally, you can also use all-natural flea repellants, such as this one with apple cider vinegar:

2. Optionally, also add a few drops of essential oils like lavender or cedar oil. These will add a nicer smell and have flea-repelling properties.

3. Spray your pet when you notice fleas, but be sure to avoid their eyes, noses and ears.

4. Also spray them before the pets head outside, in order to prevent any new flea infestations.

2. Spay and neuter your pets

Although controversial in some circles, there’s many good reasons to neuter or spay your pet. One is to prevent cancer, according to the 2013 State of Pet Health Report released by Banfield Pet Hospital, the world’s largest veterinary practice. Meanwhile, a piece from Brown University stated that neutering “eliminates the chances of developing testicular cancer” in male animals. And in females, “spaying decreases the incidence of breast cancer. The rate goes down to almost zero if the spaying is done before the first heat cycle.”

According to the American Society for the Prevention of Cruelty to Animals, “Spaying helps prevent uterine infections and breast tumors, which are malignant or cancerous in about 50 percent of dogs and 90 percent of cats. Spaying your pet before her first heat offers the best protection from these diseases.”

There is some evidence suggesting spaying or neutering can increase the risk of your pet developing cancer later in life. However, most experts agree these other forms of cancer are only more likely in spayed and neutered pets because they tend to live much longer than their intact counterparts. As Jessica Hekman from Scientific American put it, “Intact animals were more likely to die younger, perhaps simply not aging into the time of life when the risk of cancer rises.”

3. Avoid using chemicals on your lawn and garden

Remember how those pest prevention products can be toxic? Well, you can have the same problem with many garden products. A 2012 study from the University of Massachusetts linked the use of toxic lawn products with a higher risk of canine malignant lymphoma (CML).

“After adjustment for age, weight and other factors, use of specific lawn care products was associated with greater risk of CML,” researchers concluded.

Specifically, researchers found some pesticides can increase your dog’s risk of CML by 70 percent. Again, the solution is to avoid using chemicals as much as possible. Use non-toxic alternatives like BurnOut when you can.

4. Be wary of household products, too

It’s not just your yard that can be pumped full of dangerous chemicals — there are plenty of other household products that can be dangerous for your pets. Household cleaners containing chemicals like perchloroethylene might cause cancer in humans, according to the American Cancer Society. However, even chemical levels that are relatively safe in humans can be deadly for pets, according to a 2008 report from the Environmental Working Group. The study tested pet exposure to a range of common household chemicals and found some nasty results.

“Dogs and cats were contaminated with 48 of 70 chemicals tested, including 43 chemicals at higher levels than those typically found in people, according to our study of plastics and food packaging chemicals, heavy metals, fire retardants and stain-proofing chemicals,” the report found. As with your garden, the best solution is to simply avoid using harsh chemicals. Adopt non-toxic options wherever available.

5. Give your pet a natural diet 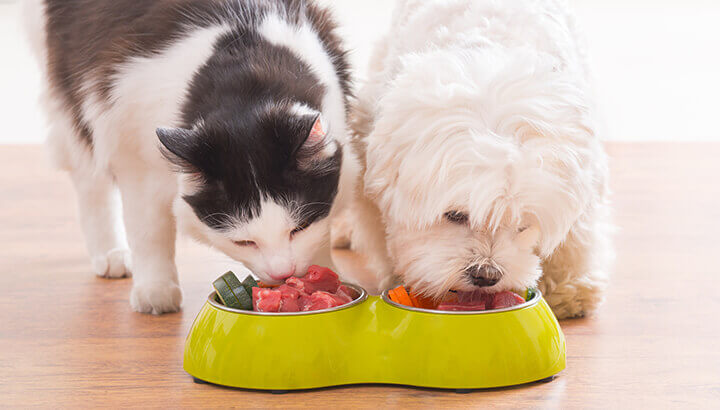 Finally, give your pet something decent to eat. Back in 2003, researchers at the Lawrence Livermore National Laboratory tested samples from many of the most popular pet foods on the market for possible carcinogens (those things that cause cancer). The results: 24 out of 25 products exhibited some kind of carcinogenic activity.

Another study from the Hong Kong Consumer Council found evidence that some popular pet foods sold in the U.S. were contaminated with aflatoxin B1, which is likewise a recognized carcinogen.

So what to do? Veterinarian Doug Knueven has a fairly straightforward, easy fix. “Hey, I know a way to avoid this carcinogen — don’t feed your pet processed food!” he said on his blog. “I am not suggesting that you start feeding some outlandish anti-cancer diet. I’m simply asking that you stop feeding a cancer-promoting diet. In other words, go raw!”

If you want to start feeding Fido homemade food, here’s an all-natural dog food recipe to try. It contains a wealth of healthy ingredients, including brown rice, carrots and blueberries. It’s relatively inexpensive to make and your dog will love it!

Are you a pet owner? Do you have any other tips on how to keep pets safe from cancer? If so, share them in the comments below!