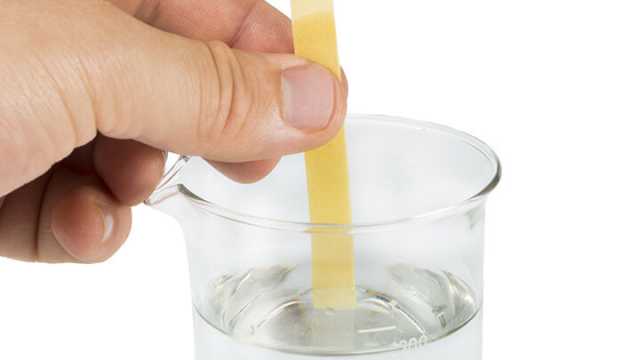 Growing up in “the sticks” meant a lot of things — and in all honesty, it shaped the person I am today. I grew up in a very small town, with as close to as many horses and cows as people. We got three TV channels up until I was 16 years old, we grew our own vegetables and had one of the deepest wells around. Of course, we had to have it tested often, due to the possibility of contamination, but all-in-all, we never had an issue.

Now, I’m an adult and live in the suburbs — something which I’m not too crazy about. One day, I will move into a tiny home in the sticks with plenty of property, once again, but that’s a discussion for another day.

One thing I have noticed about living in the city is the water. I’m telling you, before we got a filtration system, some days, you could literally smell and taste the chlorine. I don’t even like public swimming pools because of the level of chlorine that comes into contact with my skin, let alone chugging it by the glass. Unfortunately, this is just the beginning. What’s in your drinking water?

Remember how fortunate we are

Before we dive into possible additives and contaminants, I just want to start off saying that we are very fortunate. I don’t want to start moaning about our water without saying that, in many ways, we should thank our lucky stars. I also don’t want to get too gloomy here, but it’s a sad reality. According to the United Nations:

Not only are we fortunate in the sense that we can source sanitized drinking water, but also that we have an opportunity to further test and improve the safety of our water if we wish. If you’re wondering why you would go to such lengths, perhaps you are not aware what’s potentially flowing out of your tap.

Exclusive: 5 Heavy Metals That Can Damage Neurological And Heart Function

What’s lurking in your water?

Since the tragic situation in Flint, Michigan, individuals across the country have become more aware of the water they drink. From government mandates to pesticide runoff, leaky storage tanks to industrial dumping, it’s quite possible that you’re consuming a wide range of contaminants on a daily basis.

Here’s a short-list of some of the contaminants that may be flowing out of your tap:

Once believed to reduce tooth decay, this neurotoxin and endocrine disruptor continues to be added to the public water supply. In fact, fluoride was officially classified as a neurotoxin in one of the most prestigious medical journals, The Lancet Neurology.  It is now classified alongside other industrial chemicals, including mercury, lead and arsenic.

This was the main toxin that affected Flint’s water supply, due to corroded pipes. Hindering every organ within the human body, this heavy metal is especially problematic for children in terms of development. For pregnant women, consumption of lead can also cause premature birth.

Although this additive is meant to support the purification process, based on its ability to sanitize, it’s not exactly safe for human consumption. Since it bonds to water, chlorine is known to produce poisonous hydrochloric acid in the gut.

This is a perfect example of industrial manufacturing and its lasting effects on not only the environment, but human health. Originally used to make paints, insulation, adhesives and other products, it has been banned since 1979. Since they’re still present in landfills, PCBs have been found in both water and snow thousands of miles away from where they were first produced.

These are just some of the toxins that you may be exposed to. Back in 2009, the Environmental Protection Agency warned that our drinking water continues to be threatened and that, “we can no longer take it for granted.” More recently, within a 2016 study, published in the Environmental Science & Technology Letters, unsafe levels of PFASs (industrial chemicals) were found in 33 states, reaching six million Americans.

Whether you’d like to test for E.coli or heavy metals, testing your water once a year is inexpensive and can significantly influence your health. If you have never tested your water in the past, and are not exactly sure what you should be testing for, call a local, reputable lab. Based on their knowledge of your local water supply, they will be able to better assist you.

Without needing to even touch your water, you can learn everything you need to know by calling your water company. Each year, your water agency is required to provide you with a Consumer Confidence Report. This is enforced by the United States Environmental Protection Agency.

This report will provide you with all the details you’re seeking regarding contaminants that may threaten your health. If you go to your water company’s website, the latest report should be available. You can also request one to be sent with your next bill or inquire about a downloadable PDF.

At least 18 states now participate in the EPA’s Drinking Water Watch program, offering detailed information about reported health hazards, water quality violations and the actions that have been taken to improve water quality. This is the case in Louisiana, Indiana, Pennsylvania and a list of other states. Depending on where you live, data will differ.

After you find out possible contaminants from steps one and two, it’s time to take measures into your own hands. If you’re drinking well water or municipal water, you can’t be sure it’s safe unless you test it yourself. You can source home testing kits that will include strips. When dipped into your water, these strips will change color based on the presence of key contaminants.

Take the steps to properly purify your water. This initial investment will be one of the best you’ll ever make. After all, water is life — don’t waste it.