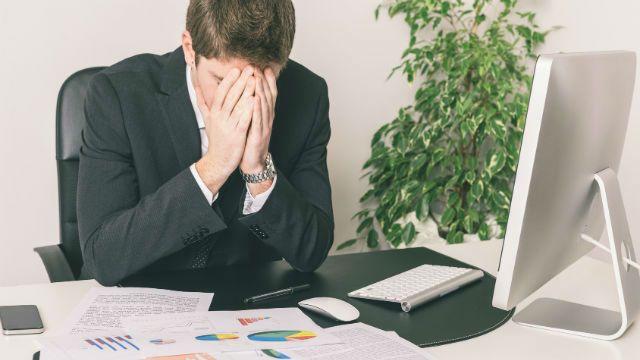 If you’ve ever thought that your job might be the death of you, you might actually be right. A person’s job plays an important role in physical and mental health.

If you have a 40-hour week, you’re spending about one-third of your life working – if you hate what you’re doing, it’s probably no surprise that it could literally make you ill, or even lead to an early death.

Research out of Australia revealed that having a job you hate is as bad for your mental health as being out of work. It’s not just the physical aspects of the job, like working around dangerous chemicals or a dusty factory, but psychological factors like having a difficult boss or an especially demanding job.

A study conducted by Concordia University in Montreal and published in the journal Human Relations found that staying in a hated job doesn’t just damage an employee’s mental health, but it can cause physical health symptoms including exhaustion, stress and burnout. Staying in a job in which you feel obligated not to leave for any reason can be emotionally draining, putting undue stress on your body and your mind.

In Japan, they even have a word for this type of stress that can kill you: karoshi. It literally means “death by overwork,” and it often happens to people who are relatively young and otherwise healthy.

The first reported case dates back to 1969 when a worker died of a stroke at just 29 years of age. Statistics on karoshi weren’t collected until 1987 – since then Japanese officials have estimated there are about 10,000 cases annually. Some claim that the number of karoshi deaths in Japan may even exceed the number of traffic accident fatalities that occur every year.

Karoshi isn’t a single disease, but a combination of stress-induced psychological changes that come with stress, overwork and an overly demanding job. These changes can lead to sudden cardiac death or stroke caused by the repetitive triggering of the fight-or-flight response, which raises blood pressure and heart rate while overstressing the cardiovascular system.

Shortly before dying, most victims suffer from symptoms like headaches, stomachaches, nausea and dizziness, with milder versions of the symptoms usually a precursor. If these symptoms sound familiar, it’s probably your body sending you a signal that your job could be hurting your health.

Karoshi doesn’t just happen in Japan. Many Americans are overworked and miserable in their jobs. A 2012 study by the Families and Work Institute revealed that one in three American employees are chronically overworked.

Researchers at the business and medical schools at Tel Aviv University found that the most disenchanted employees had a 79 percent higher rate of developing heart problems as compared to less-stressed peers.

If you think your job may be making you sick, what can you do considering you probably have an obligation to pay your bills, put food on the table and a roof over your head?

Consider that if you were doing work that you actually loved, that stress could be significantly reduced – you might be able to express your creative talents and feel a greater sense of purpose and personal empowerment, naturally leading to increased happiness and fewer stress responses.

If you can’t quit and start enjoying your dream job right away, taking even small steps to get there can help ease the stress just by the thought of a better future. Do one simple step that will move you forward every day, such as networking, updating your resume, researching, or taking an online class. You might create a vision board, which is a material version of visualization – essentially a collection of photos, sketches, and/or trinkets that reflect your dreams for the future.

In the meantime, help reduce the stress your job is causing by taking actions to induce relaxation such as meditation, getting a massage, going for a walk or laughing with friends.

Remember to always practice gratitude – listing as many things as you can to be grateful for, especially during the most challenging times at work and at home. Practicing gratitude has been shown to bring more positive experiences and opportunities into one’s life and can help to mitigate the negative effects of stress.