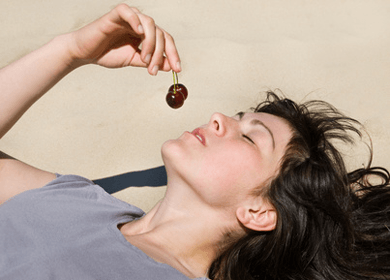 A study performed recently at UC Berkeley has discovered that insufficient sleep contributes to feelings of anxiety, especially in people who are already prone to excessive worry.

The results of this study have led researchers to speculate that getting a good night’s sleep may help relieve many symptoms of anxiety in people that suffer from anxiety-related disorders.

Senior author and professor of psychology and neuroscience, Matthew Walker, summarizes, “these findings help us realize that those people who are anxious by nature are the same people who will suffer the greatest harm from sleep deprivation.”

During the study, conducted at UC Berkeley’s Sleep and Neuroimaging Laboratory, the research team, led by Walker, took brain scans of 18 healthy young adults as they were shown a series of images, once after a night of restful sleep, and once after lack of sleep.  The study participants had a wide range of anxiety levels that were assessed before the study, but none of them suffered from a clinically-recognized anxiety disorder.

However, for some of the images, a question mark was shown, which was used as a tool to measure the suspense, or ‘anticipatory anxiety,’ of the participants, who then had no idea what kind of image to expect.

The brain scans revealed that when in a sleep deprived state, and in the suspense of not knowing what kind of image was to be seen, activity soared in the amygdala and insular cortex of the subjects.  These areas are parts of the brain linked to emotional processing, which have been found to display similar heightened activity in anxiety patients.  The subjects who showed the highest levels of anxiety before the test were the ones most affected in a sleep-deprived state.

According to Walker, “by restoring good quality sleep in people suffering from anxiety, we may be able to help ameliorate their excessive worry and disabling fearful expectations.”

Getting a good night of restful sleep is often easier said than done, but there are things you can do to boost your sleep quality naturally.  Some research has shown that drinking tart cherry juice in the evening naturally boosts melatonin levels, which are responsible for signaling to your body that it’s time to sleep.

Keeping electronics away from your bed, even out of your bedroom if possible, has also shown to make some people sleep more soundly.

Meditation is another great way to clear your mind of worried thoughts, allowing you to rest easier.  Practiced for even a few moments before bed, it can be very effective.  Get comfy, take some deep breaths, and allow your mind to ease into a place of ‘no thought.’  Do not stress if the thoughts keep running in, just recognize them and gently let them leave your body as you exhale, returning your mind to its centered, present state.  This process becomes much more natural the more you practice.

What have you found to help ease your mind and get more rest?