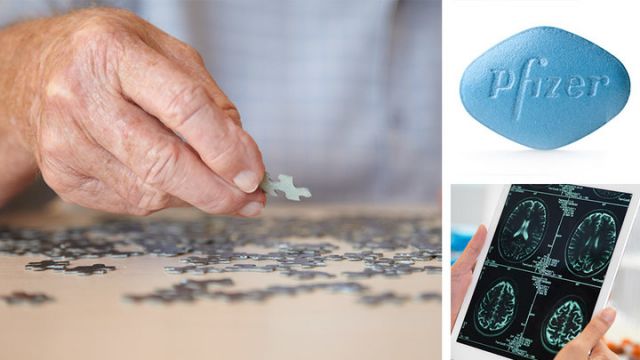 The United States is facing a silent epidemic called dementia. According to the Alzheimer’s Association, there will be more than 13.5 Americans with the disease by 2050. This follows a pattern that neurologists have observed where rates of age-related cognitive impairment have climbed dramatically in most Western countries since 1989.

Early onset dementia is on the rise

Dementia, of course, is a disease primarily associated with the elderly. But epidemiologists are acutely concerned by the fact that rates of “early onset” dementia have risen alarmingly too.

Increasingly, people in their 30s, 40s and 50s are being diagnosed with the condition. Tragically, the dementia epidemic appears to be gaining steam just as major pharmaceutical companies — most notably Pfizer — have announced that they are cutting back neuroscientific research into the disease.

What’s behind the dramatic rise in dementia, particularly amongst younger people? Why would drug giants curtail studies just at this critical juncture? And how might these trends impact you and your family? Let’s have a look.

Is chronic inflammation a factor in dementia?

Scientists are beginning to understand that neurodegeneration is linked to chronic inflammation. This correlation is being confirmed in numerous ways. Most recently, the role of repeated high-impact head injuries, which occur in sports like football, have called attention to the unusually high rates of early-onset dementia in NFL players.

Traumatic head injuries, which are known to cause brain inflammation, are now considered a major risk factor for dementia. In addition, neuroimaging techniques allow scientists to see how inflammatory activity promotes the production of microglia type proteins, which appear to be precursors to beta-amyloid plaques that are characteristic of Alzheimer’s.

Other factors that contribute to brain inflammation

Now, medicine has a window into the neural mechanisms behind dementia. But besides traumatic head injuries, what other factors might contribute to brain inflammation?

Many naturopathic physicians believe an inflammatory diet and sedentary lifestyle are prime suspects. It’s no accident, they say, that rates of obesity and diabetes (which are also inflammatory diseases) have been spiking along with dementia.

Processed food, sugar-laden beverages and a sedentary lifestyle are implicated in what scientists are calling the obesity-diabetes-dementia connection. Indeed, both diabetes and a high BMI are risk factors for Alzheimer’s. So much so, that some medical experts now refer to dementia as type 3 diabetes.

Why is Pfizer pulling the plug on its Alzheimer’s research?

According to patient advocacy groups, the decision of pharmaceutical giant Pfizer to cease its neuroscientific research into dementia comes at a bad time. But the drug maker defended it’ actions by explaining that “More than 99 percent of trials for Alzheimer’s drugs have failed in past 15 years.”

In a statement, the company added that “We have made the decision to end our neuroscience discovery and early development efforts and re-allocate funding to those areas where we have strong scientific leadership and that will allow us to provide the greatest impact for patients.”

What do these developments mean for you and your family?

Sad stories involving patients with dementia are occurring with greater frequency in the media:

Unfortunately, scenes like this are playing out all across the country. According to the Alzheimer’s Association, three out of every five dementia patients will wander off at some point.

How to reduce your risk of dementia

If current trends continue, then a lot more families will be facing predicaments like these. What can you do reduce the chances that something like this will happen to someone you love?

First, according to a landmark study published in the Lancet, up to one-third of all dementia cases could be prevented with lifestyle changes including:

Social integration is also key. Cases of dementia are almost unknown in so-called “blue zone” countries, where seniors are both revered and integrated into daily activities. According to Professor Gill Livingston, “Dementia is the greatest global challenge for health and social care in the 21st century.”

To address it we need more science, but also awareness of the dietary and lifestyle factors that have proven to be effective in promoting cognitive health.