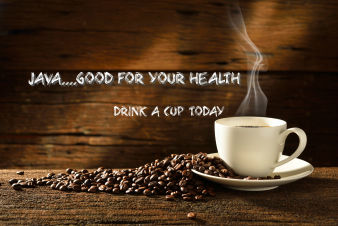 Want another reason to feel good about your morning cup of coffee? New evidence has been released on coffee’s liver-protecting properties.

A study recently published in the journal Hepatology found that drinking two or more cups of coffee per day can reduce death risk from liver cirrhosis by a surprising 66 percent.

Liver cirrhosis is a progressive illness, which causes liver tissue to be replaced by scar tissue over time. This prevents blood from flowing through the liver, inhibiting its ability to process nutrients and anything else that is introduced to it.

It also interferes with the liver’s production of proteins. According to WebMD, any liver damage can lead to cirrhosis, including alcohol abuse, fatty liver disease (linked to type 2 diabetes and obesity) and any form of hepatitis.

The study, led by Dr. Woon-Puay Koh of Duke-NUS Graduate Medical School Singapore and the National University of Singapore, examined the effects of alcohol, soft drinks, black and green teas and coffee on mortality risk stemming from cirrhosis.

Just over 63,000 Chinese test subjects, between the ages of 45 and 74 living in Singapore, were recruited, given multiple interviews, and followed for an average time period of 15 years. During this time, 114 of these individuals died of liver cirrhosis.

After analyzing the results, the researchers found that the subjects with non-viral hepatitis that drank two or more cups of coffee per day had a 66 percent lower risk of dying from cirrhosis than their counterparts who did not drink daily coffee.

Coffee was not found to affect cirrhosis death risk in viral hepatitis B patients. Tea and sodas were found to have no affect on the risk, and, not surprisingly, excessive alcohol use increased the risk.

This study was not the first to link coffee to liver protection. As we reported in a previous article, coffee has also been associated with a lower risk of liver cancer. Studies performed in 2000 found that drinking four or more cups of coffee per day reduced the risk of liver cirrhosis by a whopping 80 percent.

With all of these benefits, it is fully justified to feel great about your morning cup of coffee. However, be sure not to negate its health effects by adding sugar or creamers, the latter of which tend to be highly processed, laden with chemicals and often contain dangerous artificial sweeteners.

For the most benefits to your health, and to support fair working conditions and the environment, choose fair trade organic coffee whenever possible.