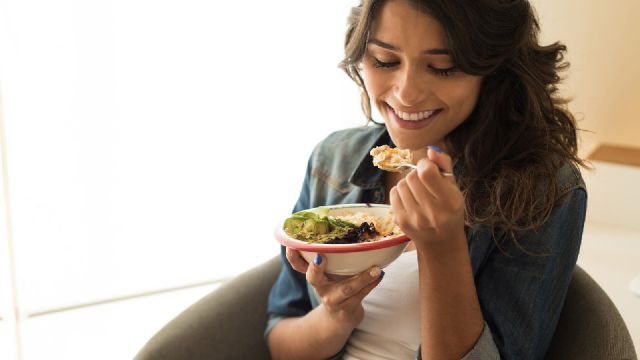 Here’s a simple formula that some nutritional gurus claim could help you lose weight, feel better and improve your health: Eat twice as often — but eat half as much — chew twice as long.This prescription is called grazing, a dietary approach that emphasizes munching on small amounts of healthy foods throughout the day instead of consuming three big meals.

Can grazing help you lose weight and stay healthy?

Can smaller but more frequent meals really be good for you? Proponents of grazing contend that this way of eating is much closer to the way our foraging ancestors ate and that it’s much easier on your metabolism. Here’s a quick summary of the advantages that grazing supposedly provides:

An expert weighs in

There’s a lot that seems sensible here. But there are also a lot of dietary fads out there that sound good at first, but don’t hold up under closer inspection. So, I thought I’d ask a highly-respected authority on health and nutrition what he thought about grazing.

Dr. Joshua Levitt is a naturopathic physician whose educational background and clinical practice draws on a “best of both worlds” approach, as evidenced by his doctorate from Bastyr University, his clinical preceptorship role at the Yale School of Medicine and his nearly 20 years of direct clinical experience.

I asked Dr. Josh, an informality he encourages, what he thought about grazing as a dietary approach to weight loss and better health. He offered an unexpectedly nuanced view by explaining how it’s an approach that tends to benefit two groups of people while posing hidden pitfalls for most everyone else. Here’s a quick summary of his advice on grazing:

Apart from these two scenarios, however, Dr. Josh cautions that there are several downsides of grazing that people need to be more aware of. For instance, he explains that “a person’s overall daily calorie intake is the fundamental determinant of losing or gaining weight.” All things being equal, spreading your calories out over the course of a day will not help you lose weight.

It’s quality (not frequency) that matters

In Dr. Josh’s experience, a lot of people who try grazing end up eating more than they otherwise would if they just stuck to three healthy plant-based meals per day.

As you might expect, dietary regimens that encourage us to eat unnecessary calories will tend to be self-defeating (particularly when it comes to weight loss). But here’s another reason that three meals a day are better for most people than grazing. “It’s okay to be hungry” explains Dr. Josh, because “intermittent fasting is actually good for the body.” That’s because, as Dr. Josh elaborates, the extended intervals between meals actually help promote an important biological process called autophagy, in which the body recycles old, worn out and damaged cells so that it can make new ones.

Dr. Josh admits to being something of a contrarian in the alternative medicine community when it comes to the topic of grazing. But the evidence seems to be on his side. Studies comparing “grazing” versus “three-meals daily” diets showed no difference as far as weight loss went. The only factor that mattered is calorie intake.

In addition, studies investigating eating frequency and diseases like colon cancer are not as conclusive as proponents of grazing suggest — in most instances the link is weak. Similarly, a correlation between grazing and metabolic health seems elusive too. In short, the evidence suggests that the benefits of grazing may be overstated (and in some cases more myth than reality).

Nevertheless, for some people (particularly those with reactive hypoglycemia and individuals accustomed to high levels of activity) grazing may be beneficial. But for most people, it is the quality of food consumed that matters, not the frequency at which it is consumed.