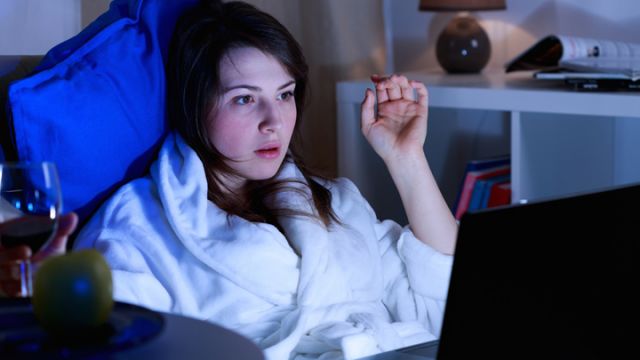 When is the last time you heard someone talk about burning the midnight oil? Sure, the saying is archaic. It refers to life before electricity, when people used to burn oil for light, but that’s not why it has gone out of style.

Today, it is more common to hear about people pulling an all-nighter. Going to bed late is so widespread that it is no longer worth talking about.

This subtle shift in sleeping patterns was originally brought about by artificial lighting. Before electricity was commonplace, people generally went to bed with the sun. They would then wake from this first sleep in the middle of the night and pursue restful activities in relative dark, with little more than a candle or oil lamp for light. After roughly an hour of quiet wakefulness, they would return to bed and sleep until morning.

Fast forward to today. Many people stay up until midnight or later. We even have a phrase for it: night owl.

A slew of recent research has come out in support of the night owl. The media reports that retiring late and waking up well into the morning is a sign of creativity and intelligence. It seems our culture has developed a backwards respect for those who stay up long after the sun has gone down. Of course, correlation is not causation. Studies also link intelligence with poor mental health and psychological disorders. Though not as readily reported in the media, a link between the night owl and mental illness has also been identified.

A new study gives even more reason to be alarmed by our tendency to stay up late under ceiling lights. A team of researchers in the Netherlands exposed a group of mice to artificial light constantly for 24 weeks. They wanted to see whether this exposure would lead to any health disturbances. It did.

When compared to mice that had been exposed to normal periods of light and darkness, the group left with the lights on became frail. Their bones started to deteriorate. They also exhibited inflammation usually associated with illness. In more positive news, these symptoms ended when the mice were returned to a regular schedule.

This isn’t the first study to identify nighttime light as a health risk. Dr. Richard Stevens has made his career researching the health risks of light exposure. He thinks that our light-rich habits are more harmful than we believe. “We don’t know for certain, but there’s growing evidence that the long-term implications of this have ties to breast cancer, obesity, diabetes and depression, and possibly other cancers.”

In the early 1990s a group of healthy research participants were forced into darkness. The study locked them into a dark room for 14 hours a day in order to study how the human body reacts to natural lighting conditions. The subjects slept for 17 hours each night for weeks. Dr. Thomas Wehr, who conducted the study, believes they were catching up. Most modern people are chronically sleep-deprived.

After three weeks the participants began sleeping the same way people did before electricity. They slept in two bursts, with a period of quiet wakefulness in between.

Perhaps more interesting than what happened, is what these men reported feeling to Dr. Wehir. “People would sometimes say they felt a kind of crystal clear consciousness when they were awake that was not familiar to them. And it made me wonder if any of us knows what it’s really like to be awake — fully awake.”

The solution doesn’t have to be draconian. There is no need to lock yourself into a dark room for 14 hours a day. According to Dr. Stevens, choosing more circadian-cycle positive light sources is a great start. When given the option, read a book at night instead of an e-book. You don’t need to go to bed at 8 p.m., but consider dimming the lights and using an incandescent bulb.