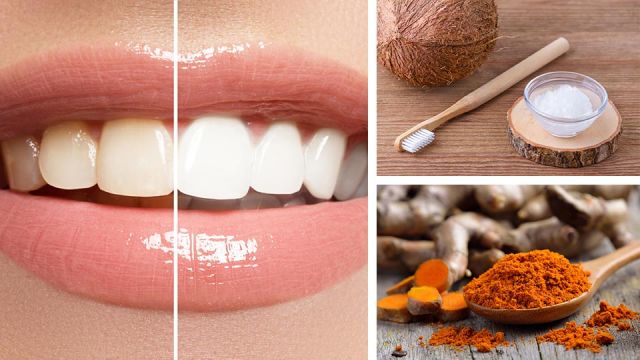 It’s official: we’re a superficial nation. And that’s just fine with me… there’s nothing wrong with people taking care to look their best! But when it comes to teeth whitening, that superficial obsession with our pearly whites (or off-whites, as it were) may be doing far more harm than good.

Most people who dabble in conventional tooth whitening methods like bleaching or laser treatment complain of one thing more than anything else: increased tooth sensitivity. A 2007 report produced by the European Commission’s Scientific Community on Consumer Products found that over 62 percent of people who had received tooth bleaching at their dentist complained of hypersensitivity. The kind of sensitivity that takes all the enjoyment out of eating hot or cold foods, and can make eating a painful experience.

In addition to increased tooth sensitivity, the survey of over 8000 dentists within the EU reported that another 46 percent of tooth whitening patients had soft tissue irritation, primarily as pain in their gums. There’s also a strong risk of enamel loss and tooth fracture. In another study, close to 14 percent of tooth whitening volunteers actually withdrew from the trial due to mouth pain… that’s probably not a very good sign!

So, is it a choice between mouth pain/injury and white teeth, with nothing in between? Luckily, there’s a healthier alternative that’ll get your teeth looking whiter in no time, minus the painful gums and chipped teeth. It’s a little something called oil pulling.

Oil pulling has actually been part of Ayurvedic medicine for thousands of years, and has arguably saved millions (perhaps billions!) of teeth and gums during the intervening millennia between then and now. The premise is simple: scoop some oil into your mouth, swill it around for up to 20 minutes, spit and rinse. It’s pretty darn foolproof, but more on that later.

But while the practice of oil pulling is ancient, modern science continues to discover impressive oral health benefits in those who use it regularly. For starters, oil pulling drastically reduces plaque-forming bacteria on teeth and gums. In a 2015 study, 60 teenage boys and girls were asked to oil pull with coconut oil once a day for 30 days. After just day seven, researchers found a “statistically significant decrease in the plaque and gingival indices.” This pro-oral health effect continued to improve the longer those teens oil pulled.

Another well-researched benefit of oil pulling is its ability to treat halitosis, the leading cause of bad breath. A 2011 study showed that oil pulling was just as effective in treating halitosis and organisms associated with halitosis as common mouthwash… but without the nasty side effects.

Finally (and this is what you were waiting for), oil pulling whitens teeth! While studies regarding the whitening effect of oil pulling are few and far between, the anecdotal evidence overwhelmingly suggests that oil pulling for at least a couple of weeks makes teeth noticeably whiter. There’s only one way to find out for yourself, right?

Okay, so it’s fair to say that straight oil pulling is probably a very good thing for your mouth. But let’s kick things up a notch by throwing a heady dose of turmeric in and see what happens, shall we?

In a 2013 review of the role of curcumin (turmeric’s active ingredient) in oral health, researchers concluded that “has proven properties like anti-inflammatory, antioxidant, antimicrobial, hepatoprotective, immunostimulant, antiseptic, and antimutagenic. Due to these properties, it is quite useful in dentistry as well. It has a role in the treatment of periodontal diseases and oral cancers. Turmeric can also be used as a pit and fissure sealant, mouthwash and subgingival irrigant in different preparations.”

The consensus? Turmeric is a powerful oral health agent. It can wipe out the bad bacteria in your mouth that contribute to gingivitis, periodontal disease and halitosis, and it can even protect the cells in your oral cavity from developing cancer. Why wouldn’t you put this wonderful stuff in your mouth?

Based on the evidence above, combining coconut oil and turmeric is a match made in heaven… in your mouth at least. This recipe combines the oral healing power of turmeric, the teeth whitening abilities of coconut oil, and throws in a dash of essential oil for wonderfully fresh breath and a feeling of clean that surpasses anything a mere toothbrush could provide.

Even better, it means you’ve got absolutely no excuse for oil pulling every day — simply pop the oil pulling straight into your mouth and get on with your life!

In a bowl, combine the melted coconut oil (hint, it turns from solid to liquid at room temperature), turmeric powder and peppermint essential oil. Ensure it’s mixed well to evenly incorporate all the ingredients. If you’ve never used peppermint essential oil before and are unsure how strong it is, consider lowering the amount to just five drops for your first batch.

Pour the mixture into an ice tray, filling each nodule until you’ve used all the mixture. Place in the freezer for 15 minutes until the oil pulling cubes solidify, then dispense them into a jar and store in the fridge.

Then, when you wake up in the morning or after dinner in the evening, simply open the fridge and pop a wonderful teeth whitening oil pulling cube straight into your mouth! Swish the oil around between your teeth for 15 to 20 minutes, then spit it out and rinse with warm water. Repeat once a day for at least two weeks for best results!