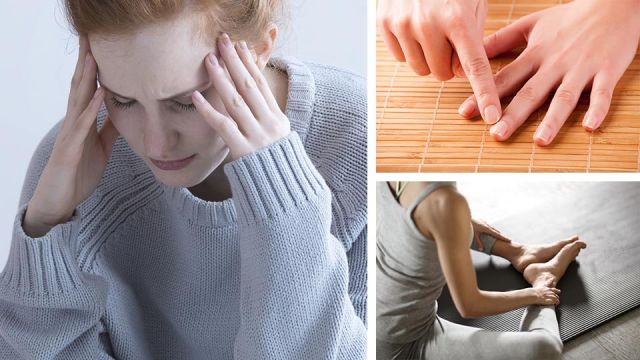 Some time ago, I met a combat veteran and his wife. We were talking for a while when he started recounting a horrible experience he had during the Second World War involving a buddy of his who had been killed right in front of him.

Tears flow from his eyes uncontrollably as his body shook. His wife tried to console him by putting her arms around him. Undoubtedly, the event he was describing had taken place more than six decades beforehand, but he seemed to be reliving that dreadful moment all over again.

Psychologists call this phenomenon Post Traumatic Stress Disorder (PTSD). The term refers to the way extremely traumatic events get etched into the brain (and ingrained in the body) to such an extent that past memories can wreak havoc in a person’s daily life even years and decades later.

There are various symptoms linked to PTSD, which I’ll discuss in a moment. But first, what kind of experiences cause the condition? According to mental health experts, PTSD can be precipitated by terrifying events such as:

This list is hardly exhaustive. The condition can occur anytime a severe trauma rewires the brain (and the nervous system) in ways that change how people process memories, emotions and perceptions. For example, a person with PTSD is more likely to experience flashbacks, hyperarousal and negative feelings about life.

How to know if you have PTSD

Each case of PTSD is unique, but psychologists have identified four main symptoms associated with the condition:

Lots of people with PTSD suffer in silence, but there’s little doubt many individuals with the condition self-medicate with drugs or alcohol. Conventional treatments include talk therapy, cognitive-behavioral retraining and methods that involve gradual exposure to aversive triggers. Traditional approaches also include prescribing anti-anxiety and antidepressant medications.

As you might expect, many people have found that the mainstream treatments for PTSD are not effective. As a result, interest in all-natural tools for managing PTSD has been increasing. Here are five alternative approaches that appear to be working for many individuals with PTSD.

Dr. Sue Sisley is running one of the first clinical trials to determine whether cannabis eases symptoms associated with PTSD. To date, anecdotal evidence is all we have, but it is encouraging. For example, you can check out this compelling video interview with a former vet who has ditched alcohol and dozens of prescription meds in favor of cannabis.

By the way, the idea that marijuana may help people with PTSD manage their condition is no pipe dream. According to a study published in the journal Molecular Psychiatry, “plant-derived cannabinoids [psychoactive chemicals] such as marijuana may possess some benefits in individuals with PTSD by helping relieve haunting nightmares and other symptoms of PTSD.”

Emotional Freedom Techniques (EFT) refers to a set of methods drawn from a variety of disciplines that aim at freeing physical and mental energy that has created emotional blockages.

EFT owes a great deal to concepts found in Chinese medicine, such as meridians, which are believed to be vital energy centers located throughout the body. For centuries, acupuncturists (and acupressurists) have worked with these circuit points to redirect energy in ways that promote well-being.

In the 1990s, psychologists like Dr. Roger Callahan and Gary Craig elaborated on these ancient ideas and developed new approaches of their own. One of the most popular involves self-tapping (a form of acupressure) while chanting positive affirmations.

This technique is supposed to rechannel energy, reprogram the brain and deepen the mind-body connection. One study found that EFT tapping could reduce levels of the stress hormone cortisol, but other research has not yielded conclusive results. You can check out EFT tapping yourself by watching the following video:

Army Specialist Rob Gibson explains that “I’d say that video games have really been kind of the only switch off for me. Other than sleep, of course — and that’s not really doing too good right now.” He’s not alone, a lot of combat vets insist that video gaming is one of the few activities that can take their minds off their burdensome memories.

Dr. Michael Valdovinos, a clinical psychologist, who was once in the Air Force himself, believes that video games (particular those that recreate the combat experience) may work by as a form of exposure therapy that helps vets with PTSD gradually get desensitized to their awful experiences. To that end, he is working on a form of virtual reality exposure therapy, which has already helped thousands of vets with PTSD.

Soldiers and victims of violence have been using art and music to express themselves for ages. Now, scientists believe they understand why creativity can be such a critical factor when it comes to healing.

Put simply, art and music allow people to access parts of the brain that go beyond verbal and rational thought. Art and music therapy are proving very popular with combat veterans and there is an increasing body of evidence that it’s highly effective.