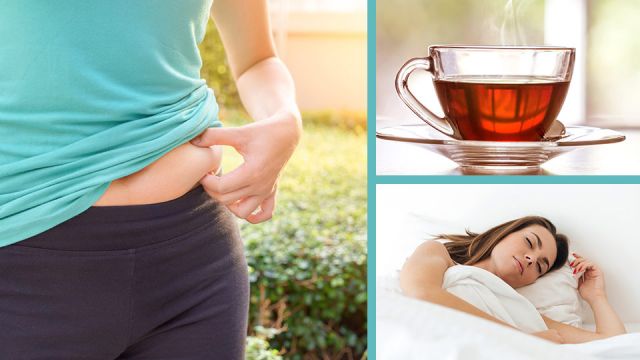 Assuming losing weight is important to you, the good news is that you can burn fat even while you sleep. Both the amount of sleep and the quality of your sleep can have an impact on the calories you burn and the most amount of energy use takes place when you enter REM sleep. So what can you do to maximize the benefits of this? Check out the following tips:

1. Sleep for longer, but not for too long

Glucose metabolism increases in the second part of the night when you enter REM sleep (that’s Rapid Eye Movement — or the dream state). The longer you sleep, the longer this REM session will last for, and the more calories you’ll burn.

Not getting enough sleep during the night can also make you hungrier the next day. But, be careful not to overdo it. Sleeping for too long means you’re not up and about and expending energy, and tends to lead to a slower metabolism. This is usually considered to be more than eight or nine hours for adults and more than ten to 11 hours for children and teenagers.

Sleep specialist and doctor Michael Breus explains that the brain emits a growth hormone during deep sleep, so food eaten late at night is converted into fat rather than used as fuel. Rather than having a large meal at night and a rushed breakfast, you should be eating a large breakfast to give you energy for the rest of the day, and small portions at night time. Ideally, you also want to drink any alcohol at least three hours before bed. Less than that and the alcohol will impact your REM sleep, when the most calorie-burning takes places.

3. Exercise earlier in the day

Exercise is a great way to wake yourself up and get your brain working well, but it isn’t a great way to make yourself sleep. It also increases your core body temperature, which makes it harder to fall asleep. Breus recommends stopping exercise at least four hours before bedtime.

Keeping your body cool not only helps you to sleep better, but it also has an impact on the kind of fat you burn while you’re asleep. Sleeping in the nude, or using one less blanket could mean you increase your body’s reserves of brown fat. Brown fat produces heat and burns calories — unlike white fat, which stores them. Increasing your brown fat can also help improve glucose levels and your insulin function. Having a hot shower or bath just before bed, with the temperature drop after you get out, can also relax you and set your body at a good temperature for sleeping.

If you are a bit hungry, try turning to tea instead of that midnight chocolate snack. Some teas such as chamomile, peppermint, lavender and valerian are great for helping you get to sleep, and they can also be great for helping with weight loss.

Your body is programmed to be awake when there is light (anyone who has worked night-shifts knows how much the opposite is also true) and will struggle to have a good sleep if you leave your bedside lamp or your television on. A similar logic applies to using laptops, phones and other gadgets just before you sleep. Studies have confirmed that people sleeping in lighter rooms tend to experience more weight gain, even when all other factors like diet and exercise are equal.

Have you tried any of these methods, and do you find they work for you? Let us know in the comments below.