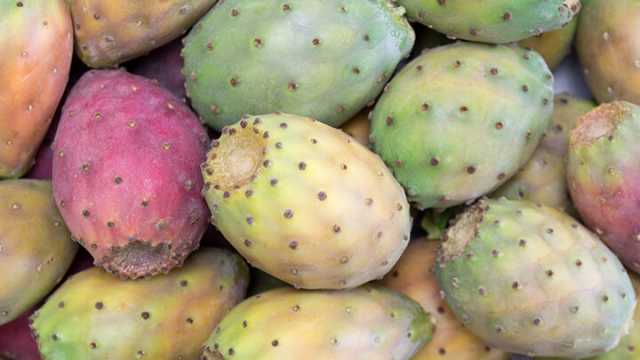 Hmm, prickly pear — well doesn’t that sound dangerously appetizing? Native to the United States, Mexico and South America, you can quickly tell why this plant prefers hot climates — it’s a cactus. Although beautiful to look at it, can you really eat this prickly plant?

For those of you who like to experiment in the kitchen, perhaps you have already worked with this interesting ingredient. If not, I’m about to tell you why you should — and what you can do with it. This high-fiber fruit is not only healthy, it’s also highly versatile.

What in the world is prickly pear?

You know what they say, don’t knock it until you try. Prickly pear is a great example of this. At first glance, you would think that this plant would be far from edible. But when the fruit is picked and prepared, this could not be further from the truth.

Once you remove its thick skin and thorns, you’ll be rewarded with the flesh that can be eaten raw, grilled, boiled or roasted. Although the true origin of this plant is still up for debate, one thing is for certain: this cactus has been in existence within Morocco for more than four centuries.

Although the flesh can be consumed for both culinary and nutritional purposes, prickly pear seed oil is now also being produced based on its potential anti-aging properties. Offering vitamin C, B-complex vitamins, fiber, flavonoids and a range of minerals, this fruit is definitely something you should introduce into your regular diet.

Yes, you should eat prickly pear — here’s why

The health benefits of prickly pear are both vast and impressive. From stronger bone health to improved digestion, this simple ingredient can positively influence a range of internal systems. If you’re wondering why you should eat this odd-shaped fruit, here are just some of the key benefits.

Diabetes currently affects nearly 10 percent of the American population — that’s around 30 million people! Considering 90 to 95 percent of cases are type 2, it’s critical that we address our current lifestyles. Although it’s important for diabetics to improve their diet, this is especially crucial for those who are pre-diabetic.

Known to lower resting blood sugar, prickly pear is a convenient way to improve readings. While studying patients with type 2 diabetes, researchers found that when adding prickly pear to the usual Mexican breakfast, subjects experienced a reduction in glucose concentration following their meal.

Not only is this food low on the glycemic scale, but it is also high in fiber — slowing the rate at which your body absorbs sugar. Since diabetes is also associated with obesity, prickly pear is a great way to promote natural weight loss when combined with a balanced, active lifestyle. 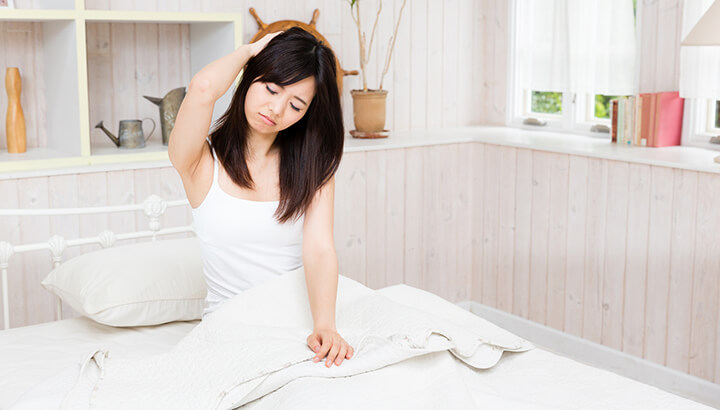 With the holidays fast approaching, you may have one too many drinks the odd night. We’ve all been there. And as you get older, let me tell you — hangovers hurt. I don’t often subject myself to this horrid aftermath, simply because it now takes me a full day to recover. Yeah, no thanks!

I have heard of people trying all kinds of hangover cures, but often, the simplest remedies are the most effective. Could prickly pear really reduce the effects of a hangover? According to scientists, the answer is yes. When ingesting prickly pear prior to drinking, you can reduce your risk of a severe hangover by half.

Within a key supporting study, 55 healthy adults received one of two options, a prickly pear extract or a placebo, five hours before alcohol was consumed. After eating a standard meal, the participants began to drink their choice of rum, bourbon, scotch, gin, vodka and tequila — I guess they were willing to have a little fun in the name of science.

The morning after, researchers took both blood and urine samples, measuring vital signs, as well as the severity of their hangover. Two weeks later, they repeated this study. However, this time, the groups were reversed. Those who had prickly pear the first round received a placebo and vice versa.

Researchers found that when consuming prickly pear before drinking, these individuals suffered from less severe symptoms in comparison to the placebo group. More specifically, symptoms such as dry mouth, loss of appetite and nausea all improved among the prickly pear participants.

Even more impressive, those who ate prickly pear exhibited lower levels of C-reactive protein — which is generally produced by the liver, signifying inflammation. In other words, prickly pear appears to dampen the effects of a hangover by reducing the body’s natural inflammatory response.

Calcium deficiency is a serious problem within the Western world. According to recent data, experts estimate that more than 75 percent of Americans are deficient. What’s even more alarming is that this deficiency may play a key role in approximately 150 degenerative diseases, including high cholesterol, cancer, allergies and hypertension.

Women are especially susceptible to brittle fragile bones. One in three women suffer from an osteoporotic fracture in their lifetime, in comparison to one in five men. Since so many Americans are living off a highly processed diet, they’re simply not obtaining the nutrients they need, including this critical mineral.

If you don’t want to drink cow’s milk, you don’t need to. There are dozens of other sources for you to choose from. Some of the best plant-based choices include kale, cabbage, broccoli, almonds, watercress, figs, oats, prunes, and of course, prickly pear.

Since around 99 percent of your body’s calcium is found within your bones and teeth, you need to focus on consuming more of this mineral to maintain proper function. Within just one cup of prickly pear, you will benefit from around 83 milligrams of calcium, or eight percent of your daily intake.

Cancer prevention is the best possible treatment, as a proactive approach is always better than a reactive one. Although preventive agents are available, they’re limited, costly and often cause a number of side effects. Instead, researchers are focusing on natural products that can produce desirable effects, including grape seed, green tea and a variety of herbs.

Within one study, published in the Nutrition Journal, researchers focused on prickly pear to better understand its potential anti-cancer effects. When cells were exposed to prickly pear extract, they exhibited a significant increase in apoptosis (cell death) and growth inhibition.

Researchers concluded that the extract from Arizona prickly pear could effectively inhibit cell growth, suppress tumor growth in mice, and more importantly, be just as effective as synthetic retinoids — a new class of drugs that are currently used within chemoprevention trials.

5. Could help you lose weight 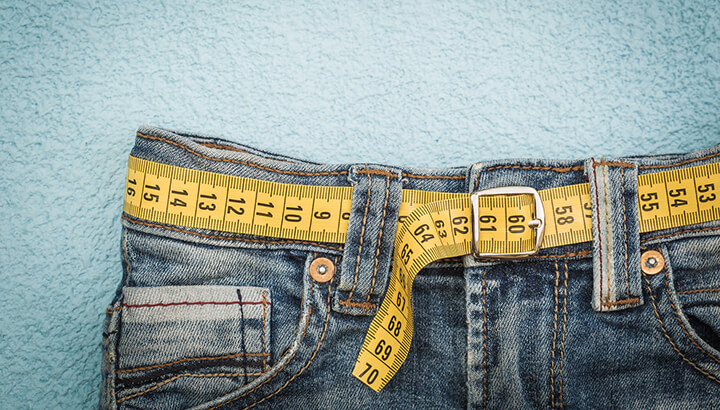 Weight loss is an area that far too many individuals struggle with. It’s heartbreaking to see so many people get suckered into trendy “fad” diets. Companies basically take their money and leave them more frustrated than ever. Luckily, prickly pear is a great addition to your weight loss plan.

Over the course of 45 days, researchers gave 20 healthy participants prickly pear fiber or a placebo. At the time of the study, they provided meals, with 35 percent of daily energy coming from fat. Since prickly pear enhances fecal fat excretion, researchers concluded that this ingredient could reduce body weight by binding to dietary fat.

How to eat prickly pear

To enjoy prickly pear, you can experiment with a number of recipes. You can also find prickly pear extract on the market (just be mindful of the source).

1. To prepare, wear clean garden gloves and chop off the ends.

2. Make one long vertical slit so that you can grab onto the skin.

3. Peel back this layer to reveal the flesh.

You can toss prickly pear into a smoothie, make preserves or even your brew your own prickly pear wine! The takeaway here is this: It’s important to step outside of your comfort zone and try foods you’re not familiar with — especially when they offer the types of benefits mentioned above.