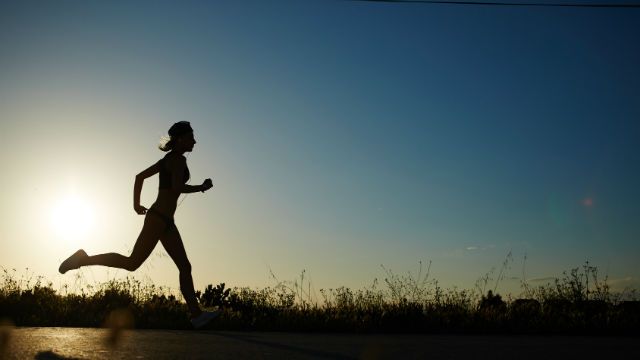 A new study, published in the Journal of the American College of Cardiology, revealed that runners may live an average of three years longer than those who don’t run.

What was even more interesting was that the 15-year study suggested that you can reap the same benefit even running at slow speeds for just minutes each day.

Lee told Yahoo Health, “this study encourages inactive people to participate in more physical activity including running,” and revealed that the two biggest surprises of the research were that “we can get significant mortality benefits by running even 30 to 60 minutes per week, which is below the recommendations by the World Health Organization and the US government,” and that some benefits matched those of the longer-distance runners.

He did caution that more studies are needed in order to determine the most optimal amount of running for various populations, but noted, “it is true that even little is better than none.”

It’s also not clear whether or not the longer lifespan is directly caused by running, though the researchers were able to establish a strong link. One factor may also be that those who run tend to live a healthier lifestyle in general, but researchers did try to account for that.

The bottom line, says Dr. Michael Scott Emery, co-chair of the American College of Cardiology’s sports and exercise cardiology council, is an important message for people who don’t run or exercise at all. He explained to Yahoo Health, “any amount of exercise will help improve your overall health, particularly cardiovascular health — even just 5 to 10 minutes of running a day, according to these findings. I don’t think running is ideal for everyone, but you can probably extrapolate this to any exercise that is the equivalent in metabolic demand,” like biking, for example.

Walking for the same time, Emery notes, is not as beneficial, with a five minute run being as good as a 15 minute walk. A 25 minute run, he says, can “generate benefits that would require four times longer to accomplish walking.”

In addition to living longer, running has also been shown to offer a number of more immediate benefits, including making you feel happier. A 2013 study, published in Medicine & Science in Sports & Exercise, in which rats and mice got antidepressant-like effects from running on a wheel, found that the physical activity was an effective alternative to treating depression. 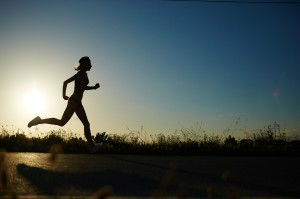 A 2006 study, published in the Journal of Adolescent Health, showed that just a half hour of running during the week for three weeks was enough to boost mood, concentration during the day and sleep quality.

Running has also been proven to help one maintain a healthy weight, strengthen bones and joints, keep your brain sharper as you age, and reduce the risk of a wide range of diseases and illness, including cancer.