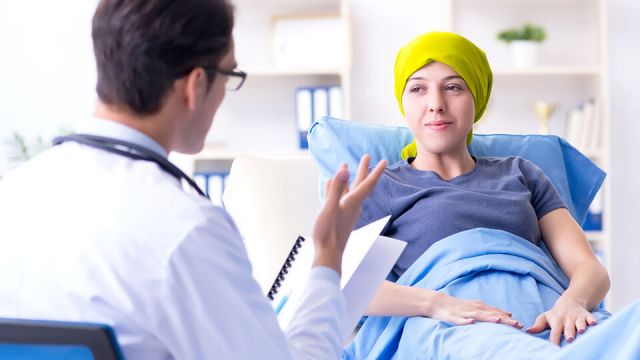 For decades, the United States has waged an unsuccessful war against marijuana. In the past, government health officials routinely scoffed at the possibility that cannabis might have medicinal value. How ironic, then, that cutting-edge research clearly demonstrates that cannabinoids (compounds in marijuana) hold tremendous potential as the next generation of novel anticancer therapies?

The latest evidence comes in the form of a study suggesting that combining cannabis with traditional chemo can kill leukemia cells and starve other kinds of cancers.

The research, which was recently published in The International Journal Of Oncology, builds on previous studies that have shown cannabinoids have antitumor properties. But it is also a critical advance in that it shows that the sequence in which chemotherapy and cannabis are administered makes a huge difference in terms of treatment outcomes. Here are the findings in a nutshell:

In discussing these results, Dr.Wai Liu at St George’s, University of London (in the UK), explained that “We have shown for the first time that the order in which cannabinoids and chemotherapy are used is crucial in determining the overall effectiveness of this treatment. […] Cannabinoids are a very exciting prospect in oncology.”

The study by Dr. Liu and his colleagues builds on a growing body of evidence, which shows that cannabis is a plant-based medicine that is loaded with hundreds of phytochemicals that have antioxidant, anti-inflammatory and antitumor properties.

Lab experiments show that these compounds, known as cannabinoids, have the ability to inhibit tumor growth while blocking the development of blood vessels that supply tumors with vital nutrients.

By the way, you can watch this amazing video (below) of a British grandmother, Lin Coxon, who is using CBD oil to successfully shrink a tumor in her breast:

Check out Dr. Liu’s twitter feed, too, and you’ll learn just how big a role cannabinoids are likely to play in the development of new cancer treatments going forward. For example, St. George’s University in London recently held a forum on cannabis’s potential to fight tumors and Dr. Liu is very active in sharing some of the latest research on the topic:

In https://t.co/yr8SJf0X4N @DerbyTelegraph Further compelling evidence of #CBD activity in a woman with #breastcancer @StGeorgesUni

Increasingly, science is showing that lifestyle has a huge impact on the risks of getting cancer. For instance, a recent study indicated that cancer rates could be reduced by as much as 50 percent through preventive measures. One huge factor is diet (plant-based foods are great sources of cancer-busting phytonutrients).

Now, very credible evidence suggests that cannabis contains compounds that help prevent and fight tumors too. But experts caution that smoking marijuana is not the best way to go.

As Dr. Liu notes, the cannabis oils that have demonstrated antitumor properties in studies “are highly concentrated and purified, so smoking marijuana will not have a similar effect.” Nevertheless, the evidence continues to mount that marijuana contains compounds that have medicinal value.