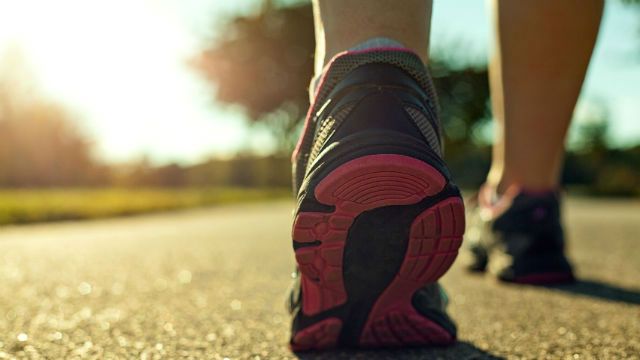 We all know that cardiovascular exercise is important for a healthy heart. However, it is less widely known that it can have a tremendously positive effect on brain health, as well. A growing body of research clearly demonstrates just how important aerobic activity is to maintaining cognitive function, especially as we age.

A study which spanned a 20-year time frame, published in 2014 by researchers at the University of Minnesota, administered treadmill tests to 2,747 participants with an average age of 25, in order to measure cardiovascular fitness levels.

The tests were repeated with the same participants 20 years later. Five years after that, they were given a series of cognitive skills tests, to test their cognitive function, verbal memory, and the relationship between their cognition and movement.

Results of the study found that the individuals who had smaller decreases in cardiovascular endurance when they were tested in middle age displayed better all-around cognitive functionality than those whose endurance had decreased by higher amounts after 20 years.

On these results, study author David R. Jacobs stated, “these changes were significant, and while they may be modest, they were larger than the effect from one year of aging.”

Jacobs added, “other studies in older individuals have shown that these tests are among the strongest predictors of developing dementia in the future. One study showed that every additional word remembered on the memory test was associated with an 18-percent decrease in the risk of developing dementia after 10 years.”

Another study, perforned in 2013 at the University of Texas, tested the effects of aerobic exercise using a treadmill or stationary bike on sedentary adults between the ages of 57 and 65. The participants exercised for one hour, three times a week for 12 weeks. After the 12 weeks, tests revealed that the participants had increased brain blood flow to the anterior cingulate region of the brain, which, according to the researchers, indicated both increased metabolic rate and improved neuron activity. This region has been associated with improved cognitive function later in life.

According to lead author Sandra Bond Chapman, “this research shows the tremendous benefit of aerobic exercise on a person’s memory and demonstrates that aerobic exercise can reduce both the biological and cognitive consequences of aging.”

Chapman adds, “physical exercise may be one of the most beneficial and cost-effective therapies widely available to everyone to elevate memory performance. These findings should motivate adults of all ages to start exercising aerobically.”

A third study, performed in 2011 by researchers from the University of Illinois, University of Pittsburgh, Ohio State University, and Rice University, recruited 120 older individuals who led sedentary lifestyles and placed a group of them on a program of walking around a track for 40 minutes, three days of the week, for one year.

At the end of the year, the researchers found that these individuals performed better on spatial memory tests, and actually had an increase in hippocampal size, compared to the control group which did not perform aerobic exercise. The hippocampus is a region of the brain associated with storing long-term memory.

This study shows that even if you start later in life, aerobic exercise can still significantly benefit the brain. According to senior author Art Kramer, “the results of our study are particularly interesting in that they suggest that even modest amounts of exercise by sedentary older adults can lead to substantial improvements in memory and brain health.”

This research shows that maintaining optimal brain – not to mention heart – function throughout life may be as simple as getting out and getting moving. While other factors that affect health obviously come into play, aerobic exercise can certainly keep you on the right track.