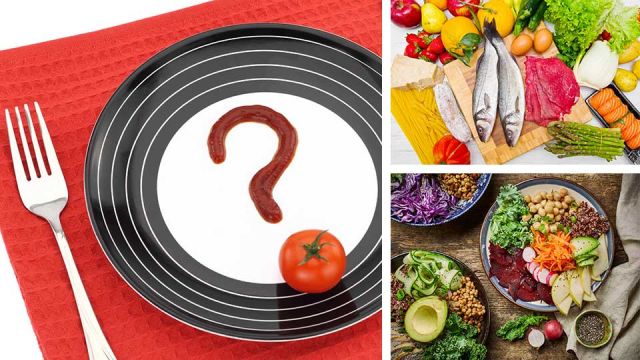 Eating right can make a world of difference to your physical health, psychological well-being, and to weight management. Study after study has found that culinary choices have a decisive impact on longevity, disease prevention, and helping to keep that extra poundage off.

However, there are countless diets and food fads out there, each claiming to be the ideal way of staying slim and healthy. But which ones really work? Recently, a panel of experts, convened by U.S. News & World Report, ranked the healthiest nutritional regimens from best to worst. Which ones fared best? Let’s have a look:

The best overall diet came down to a tie between the Mediterranean Diet and the Dash Diet, followed by the Flexitarian Diet, which rounded out the top three. Let’s take a look at why the experts picked these for the top spots.

For decades, scientists have observed that populations in countries that border the Mediterranean sea appear to longer and healthier lives than people in other parts of the globe. In particular, rates of dementia, cancer, and cardiovascular disease appear to be notably low. This has led nutritionists to speculate that foods that Mediterranean dwellers have been eating for generations appear to offer protective benefits against many chronic diseases.

The research seems to bear this out. Put simply, a diet that emphasizes fresh fruits and veggies, whole grains, nuts, olive oil, moderate amounts of organic wine, and modest amounts of seafood (in place of meat) appears to be the healthiest.

By the way, people from Greece, Italy, and France still enjoy meat and sweets, but these are usually reserved for special occasions. Because sugar and saturated fat intake are relatively low, rates of obesity, diabetes, and heart disease are the exception rather than the rule.

In fact, studies show that people following the Mediterranean diet slashed their risk of numerous chronic diseases by 30 percent or more. Research findings suggest it is one of the best ways to shed pounds (and keep them off) too.

The theory behind the DASH diet is to limit sodium intake while consuming more of the foods that fend off hypertension, which is one of the leading risk factors for heart disease.

The DASH diet emphasizes foods that are rich in heart-healthy nutrients like potassium, fiber, and omega-3 fatty acids. Therefore, the goal is to include better sources of protein (nuts, seafood, and legumes) and substitute them in place of red meats (which are high in saturated fats).

The DASH diet has been carefully calibrated for age, activity levels, and other health factors. For example, it sets caps for calories consumed and sodium intake, which are paired to particular food groups. The DASH diet is a bit more work than the Mediterranean diet, but it may be more suited to people who are aiming at specific health goals (such as lowering cholesterol or losing weight).

The term flexitarian refers to an approach that emphasizes vegetarianism while leaving room for occasional servings of meat.

The goal of the Flexitarian Diet is to go “plant heavy” by substituting meat alternatives (like tofu, lentils, nuts, and beans) in place of animal protein. Dietician Dawn Jackson Blatner, who originated the diet, believes that it OK to include meat occasionally within her otherwise plant-based recommendations and recipes. As she explains, her philosophy is simply to “Eat more plants, and do the best that you can.”

The evidence suggests that adherents of the Flexitarian Diet weigh 15 pounds less than the average person. They also appear to live 3.6 years longer and have lower rates of cancer, heart disease, and diabetes.

U.S. News & World Report, of course, is famous for ranking hospitals, colleges, and hotels. Undoubtedly, these listings spark debate and sometimes controversy. Definitive evaluations are probably impossible (just as a list of the Top Fifty Films cannot be completely objective).

One of the panelists who took part in U.S. News & World Report’s rankings of diets acknowledges this. For instance, Dr. David Katz, an internist and nutritional expert who directs the Yale-Griffin Prevention Research Center, explains that “No single diet is the best for all of us. Ultimately, a ‘best’ diet is one that can be adopted, managed and sustained over time.”

However, the top-rated overall diets all have one thing in common–they stress plant-based foods like fiber-rich whole grains, antioxidant-rich fruits and veggies, and protein sources that are rich in heart-healthy omega-3 fatty acids (like nuts, wild salmon, and olive oil). It’s no surprise, but eating more of these will help you stay healthy and slimmer.