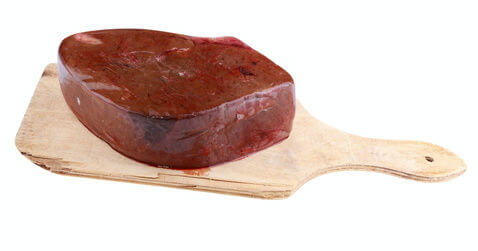 Let’s start things off with a food which may be a little hard to swallow, but which is so nutritionally dense that there’s no viable excuse not to eat it. Liver! You either love it or hate it (most people hate it), but no-one can argue that it isn’t good for your health. Liver is easily one of the most important heart-healthy foods, due to its high concentrations of cardiovascular-supporting fats, minerals, vitamins and antioxidants. Almost all of the nutrients in the animal is concentrated in the liver, making it one seriously health-promoting superfood.

The liver in your supermarket usually comes from either chicken, beef or lamb. Beef is the strongest of the three — and the hardest to choke down. Chicken livers aren’t half bad if they’re fried up in some coconut oil with a light dusting of almond flour. Lamb livers are surprisingly mild. We always have a few pre-chopped lamb livers in the freezer to throw in meals where it can be “concealed,” like stews, pies and curries.