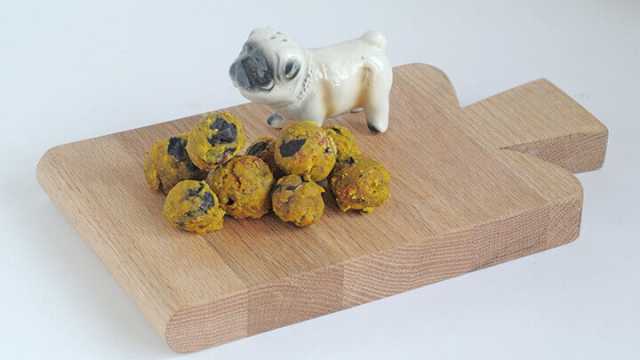 I often speak of Moe, my nine-year-old pug. Not only because he’s part of our family, but because of the way he has responded to a more natural, nutrient-rich diet. A few years ago, he could barely get up on the couch because of arthritis in his back legs. After changing his diet and making him healthy dog treats, the difference has been night and day.

Since my Oma has rheumatoid arthritis, I had previously done a lot of research, aiming to reduce her painful symptoms. I applied that knowledge to Moe and he now keeps up with the best of us. In fact, here he is this past weekend — my little canoe-paddling partner in crime. 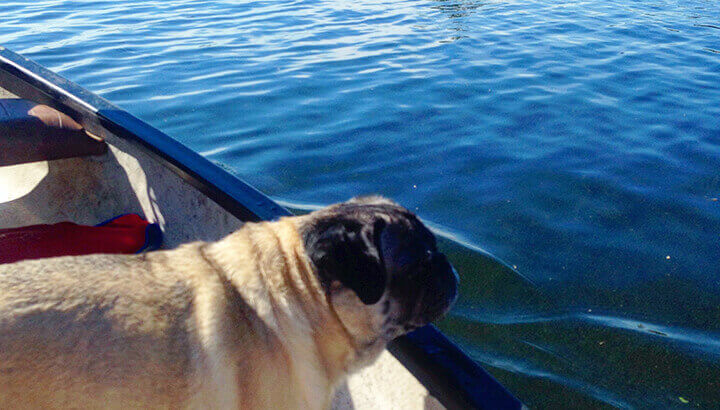 If you’re looking for a few creative dog treats, this one definitely tops the list, as well as sweet potato slices. Just remember, your dog needs to consume a balanced, protein-rich diet. As long as you feed your dog a variety of nutrient-dense foods, you can play a significant role in influencing their health and longevity. 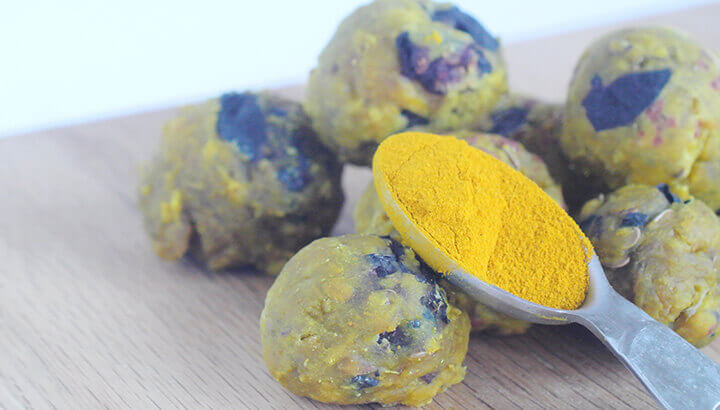 Turmeric is one of those ingredients that has a long medicinal history — back from nearly 4,000 years ago. Today, based on modern science, we’re unable to uncover key components which offer the health-boosting benefits that humans have recognized for centuries.

Often referred to as the “golden” spice, turmeric contains more than 100 components. Of these, the most widely studied and beneficial are the coloring agents known as curcuminoids and the volatile oil of the root, which contains turmerone. Used in Ayurvedic practices, turmeric is known to re-energize the body, improve digestion, dispel worms, relieve symptoms of arthritis and much more.

Exclusive: 99 Reasons Turmeric Is the Best Spice Ever

When it comes to your four-legged friend, they are likely to experience inflammation and stiff joints as they age. Curcumin, the primary active ingredient in turmeric, is known to naturally relieve pain. Although this is ideal for dogs who suffer from arthritis, turmeric can benefit dogs of all ages.

Like humans, dogs can develop a wide range of chronic diseases, including heart disease and cancer. Based on the properties of turmeric, it has been shown to stimulate bile production, disinfect, purify the blood, treat stomach ailments and even combat ringworm. 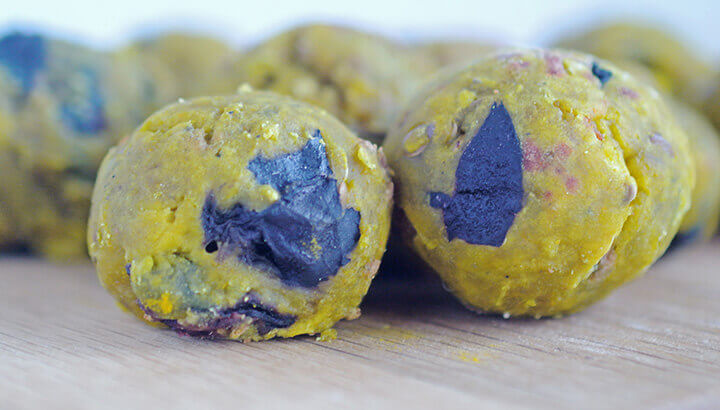 When making dog treats, to compliment this star ingredient, you want to stay away from your standard wheat flours. Instead, focus on protein-rich flours, such as barley, quinoa, coconut or chia flour. With the addition of other health-boosting ingredients — including blueberries and flax seeds — your dog will happily gobble up each and every bite.

2. Within a mixer, combine your flour and water (or stock), mixing until well-combined.

4. Add more flour or water accordingly, until you reach a dough consistency.

5. Flour your counter and pin, rolling the dough out on a surface to make shaped cookies with a cookie cutter or roll into balls.

6. Place on a baking sheet and bake for 25 minutes.

7. Store in a sealed container and use within four to five days. You can also freeze these dog treats for later consumption.