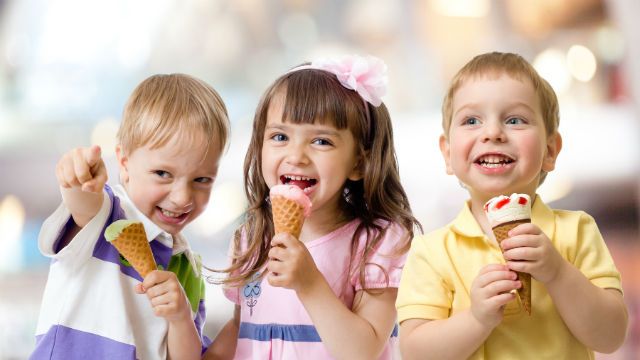 A new study performed by Cornell University researchers has concluded that elementary school children who hold a chicken drumstick in their hands and take a bite display more aggressive behavior than children whose food is cut into bites for them. While interesting, this study has many experts skeptical of the results.

The study was very small in scale, involving 12 children between the ages of 6 and 10 at a 4-H summer camp. It was also short in duration, lasting only 2 days. On the first day of the experiment, half of the children ate the chicken on the bone, and the other half ate bite-size pieces with a fork, at a separate picnic table. On the second day, the groups were switched.

Regarding the children that ate chicken on the bone, lead author Brian Wansink, the director of the Cornell Food and Brand Lab, said, “they were twice as likely to disobey adults and twice as aggressive toward other kids.” The researchers connected the action of biting into food with front teeth to the observed increase in aggression.

While there might be something of a primal, animalistic instinct that is brought to the surface by biting into food, this experiment is very feeble evidence that taking bites versus eating with a fork in itself causes aggression.

At both tables, children were confined to a nine-foot space surrounding the table, which no doubt increased their restlessness. Also, the scope and span of the experiment was extremely limited.

In an interview with Fox News Happening Now, Dr. Brian Russell, a clinical psychologist, said of the study, “I put absolutely zero chicken stock in this study. I think people have been eating chicken wings, chicken drumsticks for a millennia and I don’t think it’s made them any more aggressive than they otherwise would have been.”

While it’s doubtful that eating a chicken drumstick will really lead to increased aggression, and the Cornell researchers’ hypothesis needs significantly more testing in order to have validity, there are certain foods which may indeed alter children’s behavior. The following five are some of the worst:

As all parents know, when a child eats a sugary snack or drinks a sugar-filled beverage, it can result in absolute mayhem – usually a bout of hyperactivity followed by sullen crankiness. This is because of a spike in blood sugar levels, followed by a crash. While adults and children both experience this phenomenon, in children, the effects can be more pronounced.

Many experts agree that sugar is absolutely toxic, and that added sugars deserve no place in a healthy diet. Besides contributing to the obesity epidemic and a higher risk of type 2 diabetes, sugar is linked to depression, digestive disturbances, and many chronic diseases including a variety of cancers. It has also been proven to be a highly addictive substance.

Responsible for those glaring, not-found-in-nature colors in kids’ cereals and many other processed foods, many artificial colorings have been linked to increasing the risk of hyperactivity and other behavioral issues in children. Red 40 in particular has been associated with young people displaying aggressive behavior and tantrums.

Aside from behavior changes, artificial colorings, which are often made from industrial chemicals, have also been linked to allergic reactions, and some have been linked to tumors in lab studies. These colorings are banned in many nations worldwide.

Aspartame is considered by many experts to be a neurotoxin, due to its phenylalanine content. Phenylalanine is an amino acid that appears in its natural form in certain proteins and a few other foods. However, when it is isolated and processed, as in aspartame, it can overstimulate neurons and lead to cell death in the brain.

Phenylalanine in any quantity can be especially dangerous, and even fatal, to those that suffer from phenylketonuria (PKU), a genetic disorder that some people may not know they have.

Monosodium glutamate, commonly known as MSG, is used as a ‘flavor enhancer’ in many processed foods. This substance has been found to be one of the most dangerous food additives used today, and has properties of a neurotoxin. MSG is composed of 78 percent free glutamic acid. Consuming glutamic acid in this processed form can throw off the glutamate receptors in the body, which can lead to neurological imbalances.

MSG has been linked to many health conditions, including headaches, disorientation and depression. It is also very addictive for some individuals.

Wheat is one of the most common food allergens for both adults and children. This allergy is a separate issue from gluten intolerance, though wheat is a culprit in both. While a severe allergy will cause immediate and severe symptoms, a milder wheat allergy may go unnoticed, and may in some cases lead to unexplained behavioral changes.

According to leading alternative health professional,  Dr. Joseph Mercola, between 20 and 30 percent of Earth’s population may be genetically predisposed to celiac disease, a condition in which the body is severely intolerant of gluten. Dr. Mercola also points out that the wheat germ agglutinin (WGA), found in wheat, has inflammatory and neurotoxic properties. Wheat may also interfere with the brain’s production of serotonin. This can lead to depression and a host of other hormonal and neurological imbalances.

All in all, when it comes to kids and aggression, it may be more prudent to worry about their intake of processed foods, sugar and wheat, instead of debating whether they should use a fork or bite into their dinners.