We’re fortunate that when we turn on the tap, we have access to an unlimited supply of drinking water. Considering 783 million people do not have access to clean tap water, I’d say we’re pretty lucky. We have all the systems in place, preventing us from ever experiencing this struggle for ourselves — yet we’re in a predicament.

Sure, we can turn on the tap and access water — I’m not taking anything away from that. But the problem is, there are some compounds in our water that simply don’t belong there. If the public thoroughly understood what they were drinking day in and day out, how “lucky” we are may be a matter of opinion.

Our tap water is laced with prescription drugs

Whoa, that’s a bold statement, right? Prescription drugs in our water supply? You’re probably thinking, “there’s no way — what purpose would that serve?”

There’s no doubt that prescription drug use has skyrocketed in North America, now accounting for approximately 80 percent of the world’s opioid use. From stimulants to sedatives, tranquilizers to opioids, a large percentage of the population is aware of what they’re prescribed and taking on a regular basis. Unfortunately, this increased use of potent drugs is leading to severe cases of addiction, overdoses and early death. More importantly, unused drugs aren’t often disposed of properly.

Where does our water come into play? 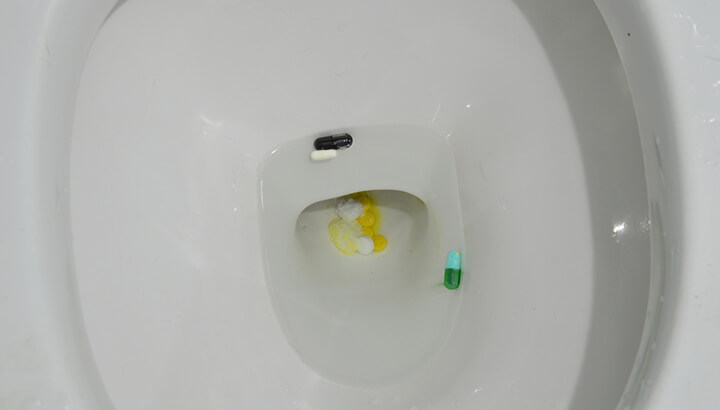 There have been concerns surrounding our water systems for years — that is nothing new. As evidence continues to pile, these concerns are growing. From chemotherapy drugs to hormones, these drugs are flushed down the toilet each and every day. Excreted into the toilet and improperly disposed of, these chemical cocktails end up in rivers and lakes. From there, they circulate back into our drinking water.

At the end of the day, we’re a society that has become reliant on drugs. Not only are drugs coming from us, but also from agriculture. Each year, trillions of pounds of animal waste is generated on large-scale livestock and poultry farms. Laced with hormones and antibiotics, these drugs leach into the groundwater.

The First Nations Food, Nutrition and Environment Study, conducted in Ontario, Canada, showed some frightening results. Experts reported record-breaking levels of three key pharmaceuticals in a southwestern river — a diabetic drug, a drug for acid reflux and a diuretic. This is nothing new, as higher than expected levels of antibiotics, hormones, steroids and dozens of other chemicals have been detected in the Great Lakes.

Back in 2000, a study focused on measuring medications found in water samples across the United States. They found that 80 percent of water samples taken from a network of 139 streams in 30 states were contaminated with one or more medications. That was nearly two decades ago.

Are we at risk? 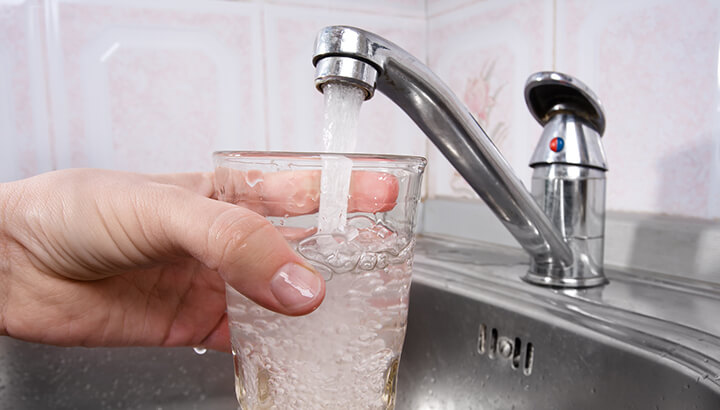 Both water quality experts and environmentalists agree: chemicals from both prescription and over-the-counter medications are in our waterways, and it is concerning. Contamination also comes from skin lotions, colognes and perfumes that are washed off your skin. Although there’s no evidence that these contaminants are harming people, all we need to do is look at the effect on aquatic life.

While studying fish, it’s clear that we’re altering ecosystems. High levels of estrogen and other toxic chemicals are now leading to what’s known as intersex fish. These are creatures that have both male and female sex characteristics. While studying the brain tissue of fish, high levels of antidepressants have also been uncovered.

At this time, sewage treatment facilities are not designed to remove pharmaceuticals. Although research has shown that certain medications are partially removed through conventional treatment methods, there does not seem to be much of an effect on certain painkillers.

In 2010, the Southern Nevada Water Authority analyzed drinking water from 19 treatment plants. Although only detected in trace amounts, they found antidepressants, antibiotics, beta-blockers, tranquilizers and antipsychotics. It’s of great concern that these drugs may have a cumulative effect or yield adverse effects among vulnerable population, such as pregnant women.

Can I do anything?

We often think that we can’t do much as an individual. However, this could not be further from the truth. You can personally reduce your pharmaceutical footprint in a number of ways:

When it comes to protecting you and your family, don’t turn to water bottles either. The bottled water industry is poorly regulated, expensive and harsh on the environment. Instead, invest your money into a filtration system. If a whole-house filtration system isn’t feasible, there are some great countertop systems that require minimal installation.

Don’t ever be shy to challenge your local government and ask questions. It is your right to know what’s in the water you’re drinking. Start taking individual action, motivating others to do the same. A collective effort can make a world of difference, both in terms of our health and surrounding ecosystems.