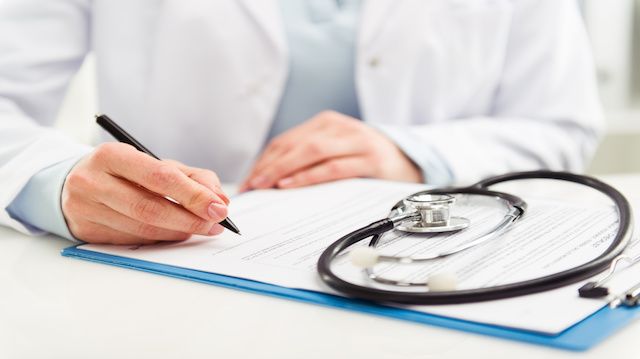 It’s becoming more and more important to know your family medical history as science uncovers new hereditary illnesses such as Alzheimer’s and Parkinson’s disease. Just make sure to tell your doctor about your entire family history — both sides and all first-degree relatives, which includes uncles, aunts and grandparents. Your family medical history plays a significant role in determining what diseases may lay dormant in your genes. But more importantly, it may also act as a pre-emptive for disease.

When Angelina Jolie told the world she had a double mastectomy and had her ovaries and fallopian tubes removed as a preventative measure against cancer, many people were left wondering if she was crazy — or very smart. Some people, like myself, looked inward at our own health concerns and wondered if we would do the same.

But truth be told, a simple blood test had revealed that Jolie carried a mutation in the BRCA1 gene, which meant she had an estimated 87 percent risk of developing breast cancer and a 50 percent risk of developing ovarian cancer. More than that, Jolie lost her mother, aunt and grandmother to cancer. In addition, her mother’s ovarian cancer was diagnosed when she was only 49, which made Jolie’s cancer risk that much greater.

33 percent of cancer diagnoses are attributed to genes

A long-term follow-up study among Nordic twins, published in The Journal of The American Medical Association (JAMA), showed a significant familial risk for overall cancer. The study also showed familial risk for specific types of cancer such as prostate, melanoma, breast, ovary and uterus. An important note: If cancer happens to a relative before the age of 50, it’s critical to tell your doctor, because that may increase your risk of developing the same cancer.

Detect which diseases are purely genetic or somewhat behavioral

Certain diseases such as Huntington’s disease, cystic fibrosis, sickle cell anemia, Tay-Sachs disease and Down syndrome are 100 percent genetic, according to Dr. Douglas Brutlag at Stanford Medicine. Complex diseases such as type 2 diabetes often have many genetic components as well as many behavioral components, since there are various ways you can get the disease. Then again, certain behaviors can contribute to causing or worsening the disease.

Schizophrenia may not be a common mental disorder. In fact, approximately one percent of the population has schizophrenia. But if your parent or a sibling suffers from the disorder, then you have a 10 percent chance of developing it. “Conventional family history is still the best predictor of disease,” says geneticist Joe Nadeau to New York Magazine.

We often see alcoholism run in families, but it’s not that simple, suggests the National Institute of Alcohol Abuse and Alcoholism (NIAAA). Alcohol dependence is roughly 60 percent genetic and 40 percent environmental, which means those people with a family history of alcoholism should monitor their drinking or abstain altogether.

You can get a jump-start on unhealthy behaviors

While you can’t change your genes, you can certainly change unhealthy behaviors that ignite genetic disorders such as inactivity and poor eating. Complex diseases such as type 2 diabetes or rheumatoid arthritis have a significant behavioral component, suggests Dr. Brutlag. Therefore, even if you have a genetic predisposition toward a disease, there’s still a lot you can do behaviorally to prevent it. Adopting a healthier lifestyle can reduce your risk for familial diseases.

Knowing may help your children in the future

Unfortunately, we don’t live forever, so make sure your family medical history is documented and passed on to your children for their future use. The easiest way to get information about family medical history is to talk to your relatives about their health — and about the health of those who passed on. Additionally, you may want to obtain medical records and other documents, such as obituaries and death certificates.

Keep in mind, just because a relative has a certain condition, it doesn’t mean you’ll automatically develop that condition. On the other hand, just because there is no family history of a disease, it doesn’t mean you can’t develop that disease. Incorporate a healthy diet, exercise regularly, quit smoking and keep your family medical history up-to-date. Most importantly, share it with your health-care professional regularly.