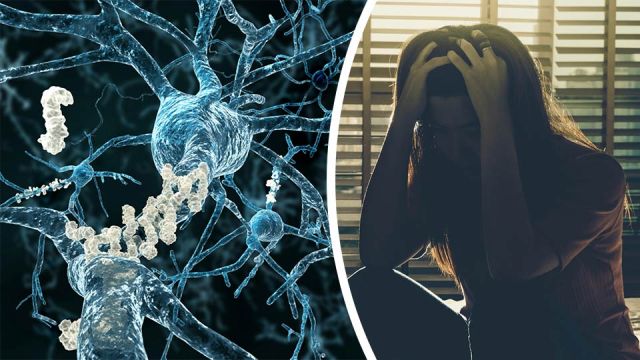 Dementia is a condition that robs people of far more than their health — it steals their mind and their identity. But the brain disease is an especially insidious thief because it sneaks up on individuals and swipes their mental faculties little by little over a period of years.

Early-onset dementia refers to the first signs of cognitive decline, which can appear years (or even decades) before the brain disease develops into a full-blown case of Alzheimer’s or age-related senility.

Are you at-risk for early-onset dementia?

Presumably, catching the early warning signs of the condition could help some people slow the progression of the disease (or even reverse it). After all, early detection and intervention can be critical for managing and forestalling illnesses like diabetes, Parkinson’s and cardiovascular disease.

Increasingly, scientists are coming to see a disease like Alzheimer’s as an inflammatory disorder, which has been years (and decades) in the making. Although genetic factors can play a role in the development of dementia, a growing body of evidence suggests that lifestyle choices (especially poor diet) can often be the primary and even decisive factor.

It’s well-established that consuming a neuroprotective diet can greatly reduce the risk of getting dementia. For instance, Alzheimer’s and age-related senility are virtually unknown in many Blue Zone countries where residents eat Asian cuisine or a Mediterranean diet.

In the past, the brain was a black box and the only way to 100 percent diagnose a disease like Alzheimer’s was by conducting an autopsy to identify the neurofibrillary tangles and plaques that characterize the condition. Today, however, scientists often use brain imaging techniques, which can sometimes catch signs of mild cognitive impairment that may be an early stage of dementia or Alzheimer’s.

Researchers are also developing new diagnostic criteria, which are based on subtle cognitive and psychological symptoms that may be evidence of neurodegenerative conditions. For example, recently a team of scientists proposed a new medical checklist, called the Mild Behavioral Impairment (MBI), which is a questionnaire/inventory designed to help doctors identify at-risk patients.

With that in mind, what are some of the sneaky warning signs that medical experts are looking at (and that you should be aware of), which could be tell-tale symptoms of early-onset dementia? Here are some things doctors using the MBI will be asking.

Other common signs of Alzheimer’s disease

In addition to subtle personality changes, neurologists have long called attention to diminished competence in the following areas:

Most of us will meet some of these criteria on occasion, but for the individual with dementia, these symptoms will start to interfere with their daily lives.

If you notice changes in yourself (or someone you love) there are steps you can take to slow cognitive decline and improve the health of your brain. Research clearly shows that eating an anti-inflammatory diet and antioxidant foods can improve the health of the nerve cells in your gray matter. Here are some of the best neuroprotective foods to include in your diet:

Exercising and staying socially active can also stave off dementia. Vigorous activity boosts the blood supply to the brain, which can help keep nerve cells healthy. But the biggest benefits appear to come from eating right. On the other hand, eating a poor diet virtually doubles your risk for dementia. That’s a fact that no one wants to forget!