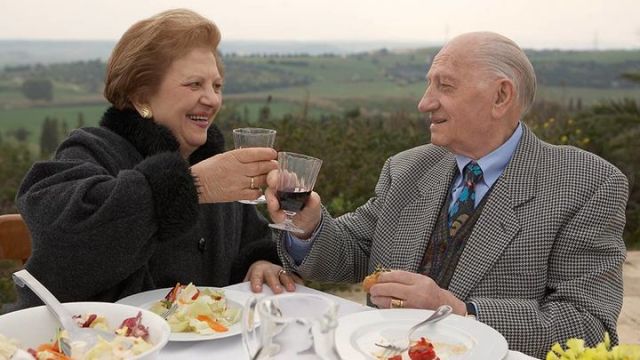 Aging gracefully is something most people hope for. That means holding on to dignity, remaining vibrant, being connected and also respected within our communities.

Increasingly, however, it seems as if the golden years have lost their luster in our modern society. Too often, the elderly are warehoused in nursing homes, sedated with pharmaceuticals and preyed on by scam artists.

New study sheds light on the secrets of a long life

But there are individuals who flourish in their sunset years, as well as societies where the elderly thrive. For instance, a recent study published in the journal International Psychogeriatrics examined nonagenarians and centenarians (those over 90 and 100 respectively) in remote villages in Southern Italy.

The aim of the researchers was to discover the traits associated with exceptional longevity. In the process, they also uncovered some of the qualities that appear to boost mental health in older individuals. Here are some of their findings, which include the five characteristics you’ll want to cultivate in order to lead a longer, healthier, richer and more purposeful life.

Dr. Anna Scelzo, a psychologist who co-authored the study, interviewed many subjects for her research. Advanced age often took a physical toll on these individuals, but having a positive mental attitude appeared to protect their mental health.

One interviewee’s response typified the spirit of optimism that pervaded these high-functioning elderly. “I am always thinking for the best. There is always a solution in life. This is what my father has taught me: to always face difficulties and hope for the best.” Here’s what another subject said along the same lines, “I am always active. I do not know what stress is. Life is what it is and must be faced… always.”

Stubbornness is one of the biggest common denominators to emerge from this study. According to Dr. Scelzo, those who were flourishing in old-age had an obstinacy that helped them overcome loss and adversity. This attitude, Dr. Scelzo said, can be summed up by the phrase, “This is my life and I’m not going to give it up.”

That strong-willed approach to life is captured in the words of one of the men interviewed by Dr. Scelzo. He told her, “I lost my beloved wife only a month ago and I am very sad for this. We were married for 70 years. I was close to her during all of her illness and I have felt very empty after her loss. But thanks to my sons, I am now recovering and feeling much better. I have four children, ten grandchildren and nine great-grandchildren. I have fought all my life and I am always ready for changes. I think changes bring life and give chances to grow.”

3. A connection to the environment

Being embedded within the natural landscape was hugely important to the wellbeing of the high-functioning elderly that Dr. Scelzo studied. As she explains, “[Their] love of their land is a common theme and gives them a purpose in life. Most of them are still working in their homes and on the land.”

A strong work ethic is another notable trait among nonagenarians and centenarians. Put simply, the idea of retirement was entirely alien to the subjects Dr. Scelzo investigated. These were individuals who thrived on activity. Their work gave them a sense of purpose and made them feel connected to their communities.

5. Staying true to your convictions

This is another quality that typifies the elderly who flourish. Paradoxically, this characteristic gives them a sense that they can weather changing circumstances but also adjust to them when necessary. Dr. Scelzo says these individuals “care less about what other people think” and were more guided by their own inner compass. But this trait gave them the grit to persevere in the face of life’s strongest headwinds.

There’s a lesson here for everybody

Dr. Dilip V. Jeste, another of the study’s co-authors, summed up the importance of this research by saying, “Studying the strategies of exceptionally long-lived and lived-well individuals, who not just survive but also thrive and flourish, enhances our understanding of health and functional capacities in all age groups.”