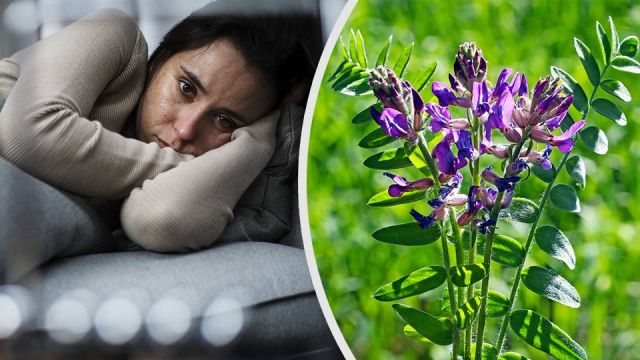 In recent years, adaptogens have virtually exploded onto the alternative health market. Everyone in the health world wants a piece of the adaptogenic action, and it’s not without reason.

In essence, adaptogens are natural extracts (usually from herbs or fungi) considered by scientific research to boost the body’s ability in dealing with stress. That might seem a little underwhelming at first glance, but when you acknowledge that stress plays a leading role in virtually every known chronic disease and health condition, it starts to take on a whole new level of awesomeness.

The beauty of adaptogens is in their non-specific nature. Rather than addressing certain ailments or working on specific organs within the body (as is the case with most prescription drugs and even many medicinal herbs), adaptogens operate within every single cell of the body — from the brain right down to the tips of your feet!

This is made possible by the mechanism within which they operate: by alleviating all forms of stress within the body — including emotional, hormonal and physical stress — adaptogens can simultaneously bolster the immune system, reduce inflammation and support hormonal balance… all of which are critical for your health and wellbeing!

In this post, I’ll delve into some of the more powerful adaptogenic herbs known for their ability to reduce anxiety and depression. By the end of the post, you’ll have a better understanding of how adaptogens work and which are best for restoring your mind to a state of calm.

Ashwagandha is one of the most popular adaptogenic herbs on the market, and there’s plenty of good reasons why. Ashwagandha has been shown by rigorous scientific study to improve neurological function, improve exercise endurance and recovery and boost immunity. But there’s another key area in which it excels: anxiety and depression.

A 2014 study published in the Journal of Alternative and Complementary Medicine performed a literature review of five different human trials comparing the anti-anxiety effects of ashwagandha. Across the board, every study within the review showed a beneficial effect on anxiety from supplementing with ashwagandha. One study showed that supplementing with ashwagandha extract lowered anxiety levels by 56.5 percent, compared to only 30.5 percent for psychotherapy, the standard treatment for anxiety.

Asian ginseng (Panax ginseng), sometimes known as Korean ginseng, is a hot contender for the most powerful anti-stress and antidepressant adaptogenic herb. A 2003 study published in the Journal of Pharmacological Sciences examined the anxiety-abolishing effects of both Ginkgo biloba and Asian ginseng, finding that while both were effective in reducing acute stress, supplementing with Asian ginseng was the most effective in significantly lowering chronic stress.

Meanwhile, a 2009 study sought to determine the role that saponins, the active compounds in Asian ginseng, had on depression. Over the course of seven days, researchers showed that doses of both 50 and 100 mg/kg of saponins extracted from Asian ginseng exerted significant antidepressant effects, presumably by reversing neurotrophic factor expression in the hippocampus.

Whatever the reason, Asian ginseng is a powerful ally when it comes to both anxiety and depression.

Astragalus is another popular go-to when it comes to the general alleviation of both chronic and acute stress. In a 2009 study, rats were given oral extracts of Astragalus membranaceus then put through a grueling series of maze tests designed to increase anxiety and challenge their mental response. Impressively, rats in the astragalus group showed dramatic reductions in anxiety compared to the control group, along with improved spatial learning, memory, and even immune response.

Another study, this time on piglets, found that administering 500 mg/kg of astragalus root helped to significantly decrease anxiety, as indicated by a reduction in pro-inflammatory cytokines and corticosteroids. Similar to the 2009 rat study, astragalus supplementation once again appeared to give the immune system a welcome boost, shown by a notable increase in lymphocytes — a type of white blood cell produced by the body to deal with foreign invaders.

Another important adaptogen, Rhodiola rosea, has been the subject of considerable research due to its ability to combat both anxiety and depression. A 2008 study, for example, showed that ten individuals diagnosed with generalized anxiety disorder experienced significant decreases in anxiety due to Rhodiola supplementation. Another study showed that Rhodiola supplementation in mice produced significant antidepressant, anti-anxiety and adaptogenic effects.

And if you’re still not convinced, yet another study demonstrated that patients diagnosed with depression experienced significant improvements in depression, along with insomnia, emotional instability, and symptoms of distress.

Holy basil, known within the scientific world as Ocimum sanctum, has received plenty of attention for its ability to protect against neurological degeneration, support a healthy immune system, and prevent oxidation and inflammation… but it’s also dynamite when it comes to anxiety and depression.

A 2011 study published in the Journal of Pharmaceutical Biology sought to determine whether Holy basil extract could provide an effective adaptogenic treatment for combined anxiety and depressive disorders. Swiss albino mice were given varying doses of holy basil and then put through a series of tests designed to induce high levels of anxiety and depression. Interestingly, those mice fed a lower dose (50 mg/kg) of holy basil experienced the biggest improvements in depression and anxiety, suggesting that a little holy basil goes a very long way!