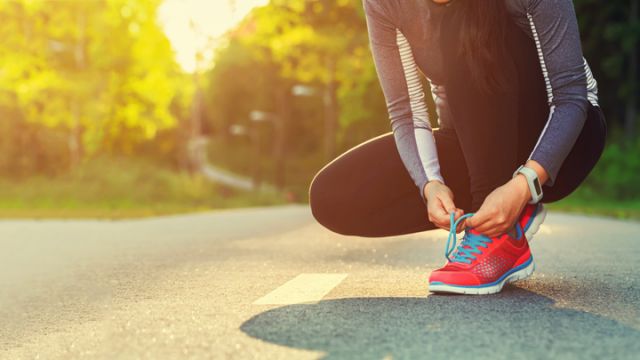 Ask any jogger and they’ll probably tell you – a good run is a tonic for the body, mind and spirit. The health benefits are well-established. Running is an excellent cardiovascular workout that burns excess fat, improves circulation and helps regulate blood glucose levels. In fact, regular jogging significantly reduces a person’s risk for type 2 diabetes, heart disease and certain cancers.

Running’s positive impact on mental health has received a good deal of confirmation too. Studies suggest that it can boost certain neurotransmitters that counteract depression. In addition, there’s the well-known phenomenon known as the “runner’s high,” where the body produces natural opiates (and even cannabinoids) in response to a high-impact workout like jogging.

Now, new research suggests that running has another fringe benefit – it can boost your brainpower. More specifically, scientists believe jogging promotes a process called neurogenesis, which involves the creation of new neurons in the cerebral cortex.

In fact, the studies in question have shown a very strong correlation between running and neurogenesis. To begin with, scientists have long recognized that a varied and stimulating environment is associated with intelligence. For example, lab mice exposed to colorful and diverse toys show more neuronal growth than those in drab environments. However, the latest research shows that mice given running wheels appear to have the richest neural networks of all.

Scientists at the National Institutes Of Health (N.I.H.) have identified a protein, called cathepsin B, which they believe may be key to neurogenesis. Essentially, researchers speculate that this protein, which is instrumental in helping tired and sore muscles recover, is the link between exercise and improved brain power. For example, human joggers have elevated levels of cathepsin B in their bloodstreams. And higher levels of the protein are correlated with improved scores on memory tests and other measures of mental acuity.

Lending credence to this theory, researchers found that both mice and human subjects with low levels of cathepsin B performed poorly on tests of cognitive functioning. The upshot, brains that are awash in cathepsin B appear to have the highest levels of neurogenesis, which is linked improved mental function.

So, with all this in mind, what are five ways that running can help make you smarter?

1. Running keeps your brain healthy. The increased aerobic activity oxygenates the cortex, which promotes the creation of new nerve cells (neurogenesis) as well as blood vessels to nourish them. In fact, studies have shown that both the midbrain and the hippocampus (associated with memory) are both larger and healthier in runners than in non-runners.

2. Running improves your mood. Vigorous exercise keeps your brain bathed in natural mood enhancers called endorphins, which counteract depression and help keep you in a positive frame of mind.

3. Jogging boosts the brain’s fuel supply. Your cognitive engine depends on a fuel called glycogen to keep it operating. Studies show regular runners have higher levels of glycogen in reserve, and these abundant supplies are associated with cognitive sharpness and mental resilience.

4. Running reduces stress levels. The stress hormone cortisol can have many deleterious effects on the body. Indeed, studies have shown that chronic stress may exacerbate inflammation and cause nerve damage. Scientists believe regular physical activity like running can help reduce cortisol levels.

5. Running can improve your linguistic faculties. Pioneering work by the noted linguist George Lakoff indicates that linguistic abilities are inextricably tied to physical activities. Lakoff suggests, for instance, that motor routines underlie common figures of speech. We run out of ideas, jog our memories and race to conclusions. As a result, one of the best ways to improve your verbal fluency — or kickstart your creativity if you have writer’s block — may be to give your legs a workout!

Runners frequently take a jog to clear their minds and refresh their spirits. Now, science can help explain why it is that running appears to have such beneficial effects on a person’s psychology. Put simply, from brain plasticity to keeping your grey matter young, aerobic activities like jogging are one of the best ways of staying in shape mentally, physically and spiritually.

Bear in mind, of course, that jogging is not for everyone. Walking, swimming, and cycling are great cardio workouts, too, and health experts believe regular exercise – not just running – will foster neurogenesis as well.

As always, consult with your doctor before initiating any new form or level of exercise. And remember, for most people, moderate exercise is associated with the greatest benefits. Indeed, when it comes to neurogenesis and its brain-boosting effects, the proverbial race is not won by the swiftest, but rather by those who are the most consistent in their exercise routines over the long-haul.