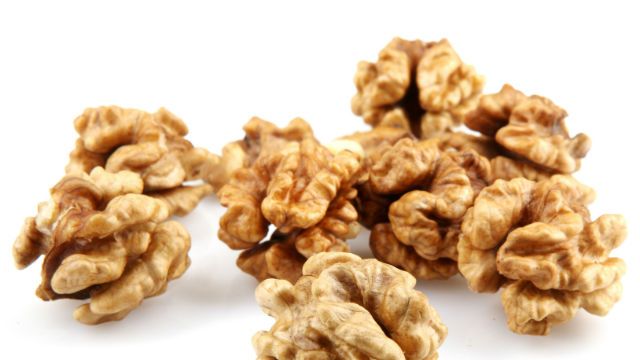 A study released just last month revealed that eating a diet rich in omega-3 fatty acids may help decrease the risk of developing ALS, the fatal neurodegenerative disease amyotrophic lateral sclerosis – more commonly known as Lou Gehrig’s disease. This scary disease kills neurons that control voluntary muscle movements, cutting off communication between the brain and the body, resulting in devastating effects. ALS cases tend to develop randomly with no clear risk factors, like family history. However, the researchers from the Harvard School of Public Health believe that they’ve discovered a way to significantly lower the risk of developing ALS.

In this particular study, the team looked at the association between ALS and these fatty acids, reviewing data from over a million subjects, making adjustments for factors like age, exercise, body mass index, and other diseases, along with antioxidant intake. They found that it was the omega-3 fatty acids that helped most when it came to lowering the risk of ALS.

They found that those who consume a higher dietary intake of omega-3 polyunsaturated fatty acids and alpha-linolenic acid (ALA) were linked to lower ALS risk. Omega-3s are an essential type of dietary fat found in vegetable oils and fish. ALA is a kind of fatty acid found in vegetable oils and nuts. These fatty acids are known to help reduce inflammation and oxidative stress on cells, which both contribute to damaged nerve tissue.

Those who ranked in the top 20 percent, in terms of their consumption of omega-3 fatty acids, cut their odds of developing ALS by over one-third, compared to those in the bottom 20 percent, the study found. Lead researcher Kathryn Fitzgerald of the Harvard School of Public Health in Boston noted that this was an observational study, where the researchers look at data from published sources and not from their own randomized trial, which means they cannot say with certainty that there is a cause-and-effect relationship, only that there’s an association.

Another caveat is that the research only looked at the risk of developing ALS. Fitzgerald says that future studies are needed to determine whether high intake could help. At least one health expert, Anne-Marie Wills of Massachusetts General Hospital in Boston, suggested that since the incidence of ALS is so low compared with heart disease – roughly 20,000 to 30,000 Americans have ALS – healthy people should generally just focus more on eating a heart-healthy diet.

Getting a variety of healthy fats from your diet is generally thought to be the best strategy for preventing a host of health issues.

Just a short list of the benefits of omega-3s include decreasing the risk of stroke and heart disease as well as reducing the symptoms of hypertension, depression, attention deficit hyperactivity disorder (ADHD), joint pain and other rheumatoid problems, as well as certain skin conditions.

There has also been some research indicating that omega-3s can boost the immune system and may help protect us from Alzheimer’s disease. Some of the best sources include flax seeds, chia seeds, walnuts, wild-caught salmon, Brussels sprouts and cauliflower.