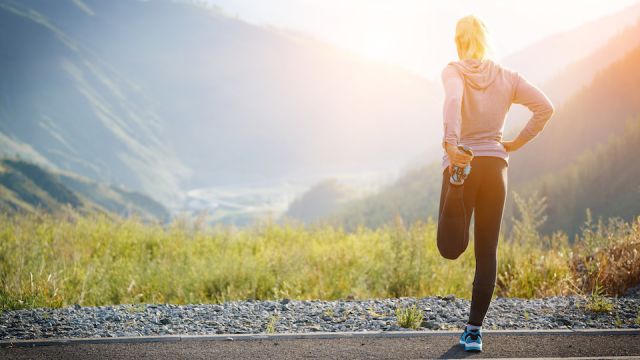 To eat or not to eat before exercising in the morning? This question has been circulating for years and years. One group says yes, eat before you exercise because it is needed to fuel the body. The other group says no, you will have more health gains if you exercise in the morning in a fasting state. One group of researchers declares they have the answer. Are you doing it right? Let’s dig in to find out.

A recently released study out of the UK claims that exercising before eating in the morning prompted twice the amount of fat-blasting power as eating before working out. Researchers say that exercising without fuel pushes the body to use stored carbs as fuel first, and when these are used, it moves to fat cells.

In the study, which included 30 overweight or obese men, the eat-after group did not drop any more weight than the eat-before group; however, there were highly positive effects on health in the group that fasted before exercise.

Dr.  Javier Gonzalez of the University of Bath was the study leader and found that those who engaged in physical activity before eating their first meal of the day “burned double the amount of fat” when compared to the group who exercised after breakfast

One of the most profound impacts was the fact that skipping breakfast before working out made muscles more responsive to insulin, which controls blood sugar. This reduces the risk of both diabetes and heart disease.

What other studies have found

Other studies have found similar results. A study conducted in 2017 from the University of Bath found that lower blood sugar levels after fasting caused participants to burn more fat. However, the men who ate breakfast first burned more calories than those who ate after exercising.

A study conducted in 2010 included a group of 28, healthy, and physically active men. The men were divided into three groups. The first group did not exercise. The other two groups participated in heavy morning exercise, including running and cycling four times a week. Participants in one group ate before exercise, while participants in the other group ate after exercise.

What these studies show

First off, there is a need for more and larger studies to really hammer home the eat or not-to-eat before exercising dilemma. It does seem clear, based on evidence, that exercising before eating is good for your overall health regardless of whether or not you drop pounds.

How to work out best on an empty stomach

If you choose to work out in a fasting state, be sure to keep the following tips in mind to keep your muscle tissue from breaking down.

Tips for eating before a workout

If eating something in the morning before your workout is best for you here are some things to keep in mind.

Above all things, listen to your body. If you respond better to exercise after eating, then eat. If you do well exercising in a fasting state, fast!