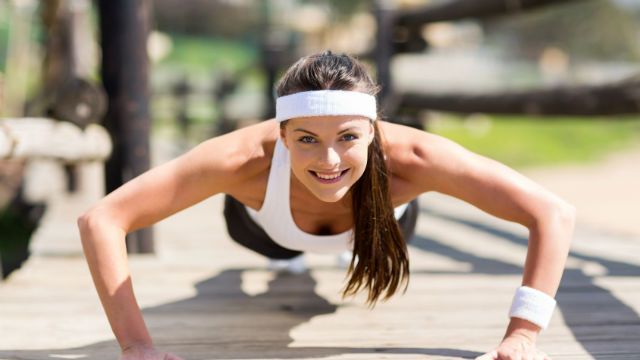 For many of us, it is common knowledge that exercise can boost our mood. Moving our bodies and getting our heart rates up provides a rush of endorphins that can melt away much of our stress.

A new study performed at the Karolinska Institutet in Sweden has shed light on another way in which physical activity can relieve depression related to stress: they found that it actually aids the skeletal muscle in releasing kynurenine, a substance which is created during stress, from the blood.

Jorge Ruas, the principal investigator of the study, stated, “our initial research hypothesis was that trained muscle would produce a substance with beneficial effects on the brain. We actually found the opposite: well-trained muscle produces an enzyme that purges the body of harmful substances. So in this context the muscle’s function is reminiscent of that of the kidney or the liver.”

For their experiment, the Karolinska researchers worked with a group of mice that had been modified to exhibit high levels of PGC-1a1, a protein which builds within skeletal muscles when we exercise, and is connected to muscle conditioning. The researchers exposed these mice, as well as a control group of mice, to stressful environments, including flashing lights, jarring noises and disrupted sleep cycles, for five weeks.

Upon analysis of both groups of mice, researchers found that while the control group showed signs and behaviors related to depression, the mice with the high levels of PGC-1a1 did not. They also noticed that the PGC-1a1 mice had higher levels of KAT enzymes in their blood. These enzymes are responsible for converting kynurenine to kynurenic acid, which does not enter the brain, unlike kynurenine.

In this way, the increased KAT enzymes in the physically fit mice protected the brain from the potentially harmful effects of kynurenine, by rapidly converting it to kynurenic acid.

Ruas summarized, “skeletal muscle appears to have a detoxification effect that, when activated, can protect the brain from insults and related mental illness.”

Other research has also found that physical exercise can have significant benefits to not only the body, but also the brain. As we recently reported (https://www.thealternativedaily.com/new-study-links-cardiovascular-exercise-protection-cognitive-decline/), cardiovascular exercise has been linked to improving cognitive function, as well as to protecting the brain against age-related cognitive decline.

So, what are you waiting for? Get moving!