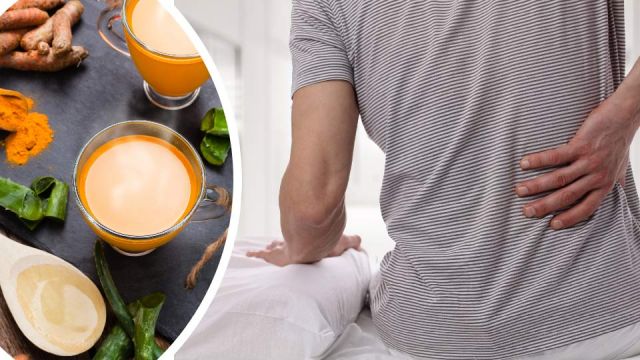 Hippocrates once famously said that “all disease begins in the gut.” We now know that there’s a lot to be said for this far-reaching claim. After all, a diverse array of conditions — such as psychological illnesses (like depression), autoimmune disorders (including thyroid disease) and even cancers — have been linked to dysfunctions in the digestive system.

While Hippocrates was probably more right than wrong, his view can hardly account for every illness. Today, modern science recognizes that diseases can be caused by genetic defects, environmental toxins, microorganisms and other factors.

What do the major diseases have in common?

Still, there are compelling reasons to think there are a few common denominators behind some of the deadliest maladies known to humankind. In recent years, a great deal of attention has been focused on inflammation, oxidative stress and metabolic syndrome because these three culprits appear to be behind a multiplicity of seemingly unrelated illnesses including obesity, dementia, cardiovascular disease, arthritis, depression, hypertension and cancer.

For example, in the past, cancer, neurological disorders and obesity were routinely viewed as distinct medical conditions. More recently, however, scientists have come to appreciate that they are co-predictive. As a result, many medical experts (naturopathic physicians in particular) have begun to think of these diseases as the manifestation of a more fundamental metabolic syndrome. This paradigm-shifting perspective has huge implications for your health because if you understand how the disease process takes root, then you are in a better position to take steps to reverse it.

Here’s a statistic you should be aware of: six out of the ten leading causes of death identified by the CDC involve diseases that are metabolic in nature. Leaving aside accidents, infectious diseases and smoking, most people are killed by illnesses that involve some sort of impairment or dysfunction in the way the body metabolizes energy. Invariably, this means that lifestyle choices (diet and exercise) play a decisive role in disease progression.

Here are three factors that appear to be key when it comes to the manifestation of disease.

Errors in your cellular DNA tend to build up due to the accumulation of toxins, environmental factors (radiation exposure) and the natural aging process. Normally, antioxidants found in wholesome foods (particularly fresh fruits, vegetables, and whole grains) can counteract damage to your genetic material. But when the flaws mount, your cells can no longer metabolize energy and oxygen appropriately.

When the normal aerobic function of a cell is disrupted, it leads to a host of problems. Impaired cells (and tissues) no longer have the bioenergy to replicate DNA accurately or produce protective compounds. Instead, dysfunctional cells suffer from a condition known as acidic hypoxia (a lack of oxygen), which force these debilitated cells to siphon off glucose from surrounding cells and tissues. This can lead to angiogenesis (the formation of new blood vessels), which supply nutrients to the malfunctioning cells. But these damaged cells (and tissues) release toxic compounds, which are the byproduct of a non-aerobic metabolism.

Healthy cells exhibit a robust aerobic metabolic process, which brings nutrients into the cell while expelling toxins. But unhealthy cells no longer have enough energy capacity to efficiently draw nutrients in or expel wastes. As a result, these cells (and tissues) are literally starving for energy and dying a slow death. In the process, they release toxins that cause inflammation in the surrounding cells and tissues.

This triad of symptoms is far less prevalent in the so-called Blue Zone countries, where most people eat foods that naturally counteract metabolic disorders, oxidative stress and inflammation. Therefore, it’s little surprise that chronic illnesses like diabetes, dementia and cardiovascular disease are the exception rather than the rule in places like Ikaria, Greece where inhabitants eat a Mediterranean diet.

In the United States, most people routinely consume processed foods, metabolism-killing trans fats and enormous portions. So, it’s no wonder that rates of obesity, dementia, cancer, hypertension, diabetes and cardiovascular disease have become epidemic. With that in mind, let’s have a brief look at how the three hallmarks of illness contribute to seven of the deadliest diseases.

So, what do seven major diseases have in common?

According to the CDC, “More than a third of U.S. adults have prediabetes, and the majority don’t know it.” Scientists now understand that this disease is the result of metabolic stress. The liver was never meant to metabolize the amount of simple carbs that most Americans consume (in the form of soft drinks, for instance). This can lead to a fatty liver, insulin resistance and hyperglycemia. The result is a low-grade but systemic form of inflammation that damages blood vessels throughout the body.

Suicides are now the second leading cause of death among teenagers and the tenth leading cause of mortality overall. Leaky gut syndrome and inflammation in the digestive tract can interfere with the production of the neurotransmitter serotonin, which is integral to feelings of mental stability and well-being.

More than one-third of all Americans now qualify as obese. Obesity is virtually synonymous with metabolic syndrome. This involves a condition in which the body cannot properly regulate blood glucose levels. It occurs when cellular membranes become so gummed up with fatty lipids that glucose cannot get into cells and waste products and toxins cannot be eliminated.

This is caused by pervasive inflammation in the blood vessels. It is believed to be the result of a cascade of inflammatory responses that are triggered by an imbalance between oxidative agents (toxins) and antioxidants. In other words, scientists have identified oxidative stress as a prime risk factor for hypertension.

It is pretty well-established that inflammation kicks off the process of atherosclerosis, which involves the deposit of fat and cholesterol in your arterial walls. When these plaques break off they can cause a heart attack or a stroke. The medical community often tests for a compound called c-reactive protein, which is a biomarker for inflammation that can predict your risk for a cardiac incident. Numerous studies show that eating an anti-inflammatory diet can greatly reduce levels of arterial inflammation.

Dementia, particularly Alzheimer’s, is due to the buildup of beta-amyloid proteins. These “sticky” molecules appear to be targeted by the immune system, which produces microglia to “clean” them up. In the process, compounds called cytokines are released, but they can damage surrounding nerve cells. Once again, a cascade of inflammatory responses, precipitated by oxidative stress and metabolic dysfunction, appear to be central to this process of neurodegeneration.

Many scientists now believe cancer is the tip of a metabolic iceberg. That’s because research has shown a strong correlation between diabetes, obesity and tumorous activity. The exact cellular mechanisms can be complex, but oxidative stress, inflammation and cellular hypoxia are believed to play central roles in a breakdown that lead to cells going rogue.

What you can do to prevent and reverse disease

As you can see, there’s good reason to believe that oxidative stress, metabolic syndrome and inflammation are the foundation of disease. To counteract these factors you should consider making the following lifestyle changes: