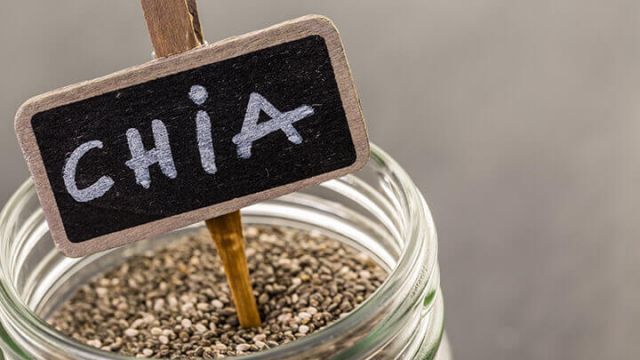 Chia seeds have been around for thousands of years. They first appeared in 3,500 BCE when they were used as a main component to the diet by the Aztec civilization. The Aztec people also considered chia to be sacred and used it for sacrifices in religious ceremonies.

Later, the Teotihuacan and Toltec people harvested chia in the Valley of Mexico. It was used whole or ground in flours but was also popular because it could be stored for long periods of time, which was convenient especially for traveling. Those ancient civilizations believed that chia seeds gave super powers, and in the Mayan language chia actually means strength. Chia all but disappeared when the Spanish arrived in Mexico and banned it for its religious uses.

In our modern civilization, chia seeds were used mostly to decorate little terracotta pets and heads. Ch-ch-ch-chia anyone? Even presidential heads now have chia growing on them.

In 2009, chia seeds experienced a revival and gained popularity as much more than just a decoration. When Christopher McDougall published his book “Born To Run,” he explained how the Tarahumara of Mexico, renowned for their long-distance running skills, fueled their bodies with a drink made mostly of chia seeds. The Tarahumara impressed the Western world with their endurance and speed, many of them running in nothing but a pair of sandals. Suddenly, runners and other athletes incorporated chia seeds into their diets, and many swore by their ability to improve stamina and performance. But are chia seeds truly the health food they’re touted? After doing some research of our own, we say a wholehearted yes!

Chia seeds are a powerhouse of nutrients and they are easy to incorporate into your diet. Chia is rich in dietary fiber (11 grams per serving), protein (4.4 grams), and omega 3 (4,915 milligrams) and omega 6 fatty acids (1,620 milligrams). Chia seeds also contain minerals such as calcium, phosphorus, zinc, potassium, copper, iodine, magnesium and manganese, and they are rich in antioxidants.

In studies, chia seeds have been shown to improve digestion due to their high fiber content. They have also been linked to the prevention of premature aging of skin because they contain a high amount of antioxidants. Chia seeds are also believed to reverse inflammation and regulate cholesterol, thanks to their fatty acid content.

One study in the Journal of Strength and Conditioning came to the conclusion that chia seeds helped athletes with performance much more than those who drank Gatorade. Chia seeds are also associated with building muscle and weight loss thanks to protein content and antioxidants. Plus, when soaked in water, chia seeds actually prolong hydration and improve absorption of electrolytes.

As if that wasn’t enough, chia seeds contain alpha-linolenic acid which has been linked to the limited growth of cancer cells in women with breast and cervical cancer. It was also shown to cause cell death of cancer cells while leaving healthy cells alone. This could be amazing news for anyone struggling with those two types of cancer.

Finally, chia seeds may be helpful in dental health due to their mineral and vitamin contents. Calcium is essential for dental health, as are Vitamin A and phosphorus. Also, zinc prevents the buildup of tartar and — thanks to its antibacterial properties —  it prevents bad breath.

Now that you know the amazing benefits of chia seeds, let’s explore some of the ways to incorporate them into your diet on a daily basis. 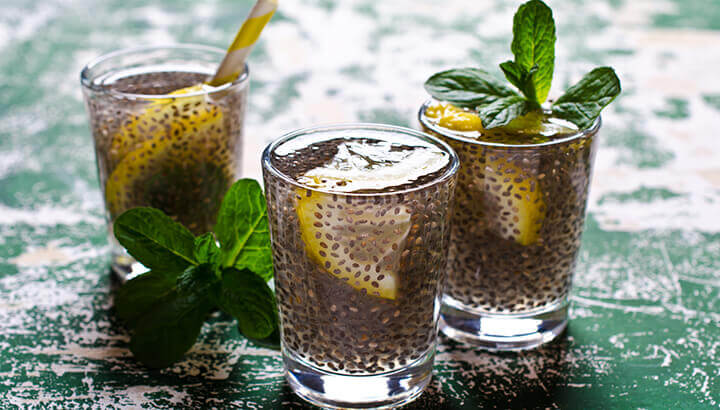 This is probably the easiest and most popular way to get your dose of chia seeds. All you need is a glass filled with water or coconut water, two tablespoons of chia seeds, and lemon or lime juice to taste. If you like it a bit sweeter, simply add some maple syrup or raw honey.

This is easy to prepare and may even help with those sweet cravings. Pour half a can of full-fat coconut milk into a bowl, add three to four tablespoons of chia seeds to the mix (you may want less or more depending on your own preference) and a little bit of maple syrup or honey to sweeten the mixture. Add some special flavors with unsweetened cocoa powder or cinnamon. Let the mixture sit for five to 10 minutes and enjoy. 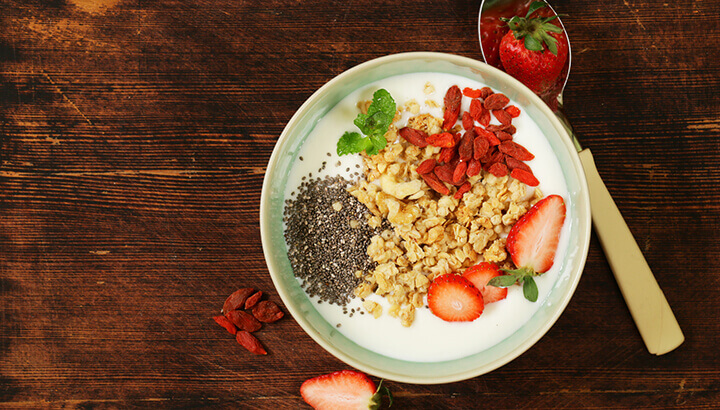 Choose a variety of nuts and seeds (including chia), mix in honey as a sweetener and combine thoroughly. Add about two tablespoons of coconut flakes, spread the mixture in a single layer on a cookie sheet and bake for 30 minutes at  300°F. Done! Enjoy with milk, coconut milk, almond milk or yogurt.

Any muffin recipe that requires almond flour can have half a cup of ground chia added to it. Just make sure to add a little more liquid to your recipe so your muffins don’t come out too dry.

You can add chia seeds to homemade jam. When cooking your jam, simply add a half cup of chia seeds just before you pour the jam into jars.

Fruit salad with a little bit of lemon juice and one tablespoon of chia seeds can make a great snack.

Some companies now sell kombucha with chia seeds added into them. You may also add a few tablespoons of chia seeds to your homemade kombucha. 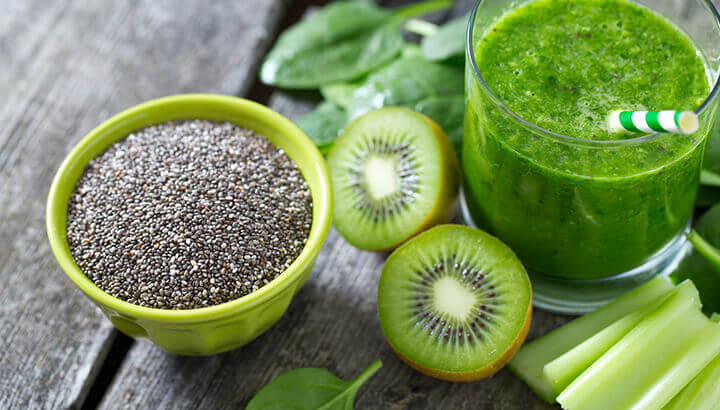 Chia seeds can be added to any protein shake either whole or ground. We love this recipe: half a can full-fat coconut milk, one banana, one handful of frozen blueberries, one handful of spinach, two tablespoons chia seeds. Mix in a blender and enjoy.

Add chia seeds to your bowl of oatmeal for some protein. When making your own oatmeal, follow instructions on the package, but add one to two tablespoons of chia seeds to the recipe.

All of these are great ways to add chia to your diet every day, but don’t stop here — the internet is full of great recipes! From breakfast bars to chocolate mousse to pancakes, you’ll find plenty of recipes to make sure you never run out. Of course, chia seeds should not be a replacement for all the other healthy nutrients you should incorporate into your diet. A healthy diet consists of meals containing macronutrients, protein, fat and carbohydrates. Chia simply makes a beautiful addition to the foods you already love.

Chia seeds have very few known side effects. In some people, they may cause stomach discomfort, especially for those who eat them in high amounts. Be sure to drink plenty of water when consuming chia seeds unless you soak them in water. As with most any food, moderation is key. Enjoy!