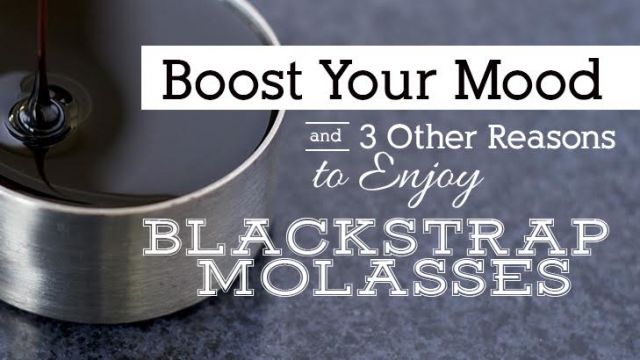 A long-time staple of southern cuisine, molasses is becoming better known as a superfood because of its soothing comfort, healing qualities and nutritious value.

Produced by boiling sugar cane juice, it becomes a dark, thick elixir after a third boil — most Americans know this as blackstrap molasses. This deep-colored and delicious sweetener is lower on the glycemic index than refined sugar so it can be safer for diabetics, and it’s rich with vital vitamins and minerals such as iron, calcium, magnesium, Vitamin B6 and selenium.

Research shows that the nutrients molasses contains offers plenty of health benefits for your body’s skeletal, muscular, cardiovascular, blood and other systems.

Molasses provides an energy boost by adding one to two tablespoons in a cup of boiling water, and a flavorful health boost when added to smoothies, tea, sauces, cookies and other desserts.

Molasses could help heighten your mood and bust brain fog. It’s rich in Vitamin B6, which is needed for proper brain function and helps make the hormones serotonin and norepinephrine, which affect mood. A cup of molasses contains 113 percent of the recommended daily value, which means adding molasses to your oatmeal or a cup of tea could help you find more reasons to feel happier. Feeling good is everything, and you can never be at your best when you’re tired. That’s why using molasses may help you get a better night’s sleep because Vitamin B6 helps your body make melatonin, which helps regulate your body’s internal clock.

Thick, rich molasses is also beneficial to bone health because it contains high levels of magnesium  and manganese, which helps the body absorb calcium and prevent deficiencies that can help lead to rheumatoid arthritis and osteoporosis in postmenopausal women. Although research has yet to consistently prove that manganese, an essential nutrient involved in the body’s chemical breakdown of cholesterol, carbohydrates and protein, prevents osteoporosis it might be involved in bone formation. Studies also show that optimal magnesium intake is linked to greater bone density and improved bone crystal formation. About five tablespoons of blackstrap molasses contains 50 percent of the recommended daily allowance of calcium, 95 percent of iron and 38 percent of magnesium.

Sweet, sticky molasses may also help alleviate the dreaded bloating, leg swelling, weight gain, insomnia and breast tenderness that show up right before your menstrual cycle begins. Research shows that women who suffer from premenstrual syndrome may enjoy some relief by getting enough magnesium and Vitamin B6 in their systems. Molasses is a rich source of both nutrients.

Since molasses contains high levels of potassium, it also can be surprisingly good for heart health. While it doesn’t treat or prevent heart disease, getting in enough potassium can help the heart by improving blood pressure, regulating heart rhythm and lowering cholesterol. For example, a study with hypertensive patients showed that an increase in potassium decreased systolic blood pressure up to eight points. And, since potassium helps the heart beat properly, it may be important for people with irregular heart rhythms. Although there isn’t a direct link between cholesterol and potassium, many diet programs that lower cholesterol also seem to be high in potassium. This means you’ll probably be eating healthier, watching your saturated fat and cholesterol intake and consequently reducing your chances of developing heart disease. In fact, a diet with adequate amount of potassium can help reduce your risk for stroke and other cardiovascular diseases, stated a study in a 2011 issue from the Journal of American College of Cardiology.

How to enjoy blackstrap molasses

The mineral mix found in blackstrap molasses can help offer relief from a variety of ailments such as insomnia, growing pains, constipation and restless leg syndrome. While it’s lower on the glycemic index than any other form of sugar, it’s still sugar so take precaution when using it as a natural remedy. Starting at the top of the morning, make molasses part of your day with these suggested uses:

For fibroids – Some women suffering from fibroids say they found benefits by mixing a tablespoon of molasses with a tablespoon of apple cider vinegar and a dash of aloe vera juice in about eight ounces of water.

Morning sweetener – As an alternative to refined sugar, use a teaspoon of blackstrap molasses in coffee or tea.

Tasty toddy – As a health supplement, blackstrap molasses can be used as a substitute for a morning cup of coffee or tea. Simply stir a tablespoon or two into a cup of warm water for a morning energy booster.

Cooking – Blackstrap molasses also can be used as a marinade or sauce for baking. It’s popular in baked beans and barbecue sauce for its rich, zingy flavor, and it’s preferred in many spicy desserts such as nut breads and Apple Betty. Use it as the glue to hold together the nuts, oats and bits of fruit when rolling granola bars.